László Mulasics (1954-2001) was a prominent figure of the Hungarian art scene in the 1980s and 1990s. Since his sudden death, the Várfok Gallery has regularly organised exhibitions with the aim of exploring certain periods of his unique career in great detail. The new exhibition, ‘Dogs, Deer and Griffins’ investigates the background of Mulasics’s fabled animal motifs, characteristic of his work. These mythical figures, inspired by medieval hunting scenes and richly patterned Venetian brocades, represent one of the most intriguing notions in the artist’s work.

The career of László Mulasics began at the height of the 1980s whilst he was still a student at the Hungarian University of Fine Arts. During this time, he became part of the artistic circle New Sensibility (Új Szenzibilitás), created by the renowned Hungarian art historian, Lóránd Hegyi, whose aim was to gather Hungarian artists identifying with new movements of the international art scene, such as Transavangarde, Heftige Malerei or New Painting. Consequently, the early works of Mulasics were figurative compositions characterised by strong gestures, embedded into dense coats of paint. The year 1986, however, saw a sudden change in his artistic direction when he moved from the figurative towards the geometric. By the following year, his experimentation with various media and materials ultimately led him to discover the ancient wax technique, the encaustic.

Encaustic painting is a unique technique which involves the use of hot, melted wax mixed with paint pigments and turpentine. Due to the fast drying of the wax, this technique requires a high degree of precision and conscious work.

Encaustic painting, used in creating mummy portraits in Hellenistic Egypt, saw its golden age in the period between the 2nd century B.C. and the 4th century A.D., after which it largely went into oblivion for a long time. However, in the 19th and 20th centuries artists, such as Arnold Böcklin, James Ensor, Paul Klee and Jasper Johns, picked up the technique again. Mulasics also attempted to revive encaustic and subsequently mastered its art, enriching Hungarian culture with artworks of the highest standard. He approached encaustic in an experimental way, often combining complex layers and structures with new materials such as oil, metal, enamel or photographic prints. The interaction of materials enabled a fascinating alchemy to take place within his paintings.

In his rich work, Mulasics references the workings of nature and physics, while consistently building on the underlying theme of cultural history and cosmology. The artist seeks to connect microcosms with macrocosms; to relate minuscular elements of the world with large components beyond our comprehension, such as fusing floral notions with planetary ideas. His artworks embrace universal themes and, conserved in the mysteriously shining surfaces of wax, Mulasics’s paintings never fail to engage the viewer due to the eternal relevancy of their messages. 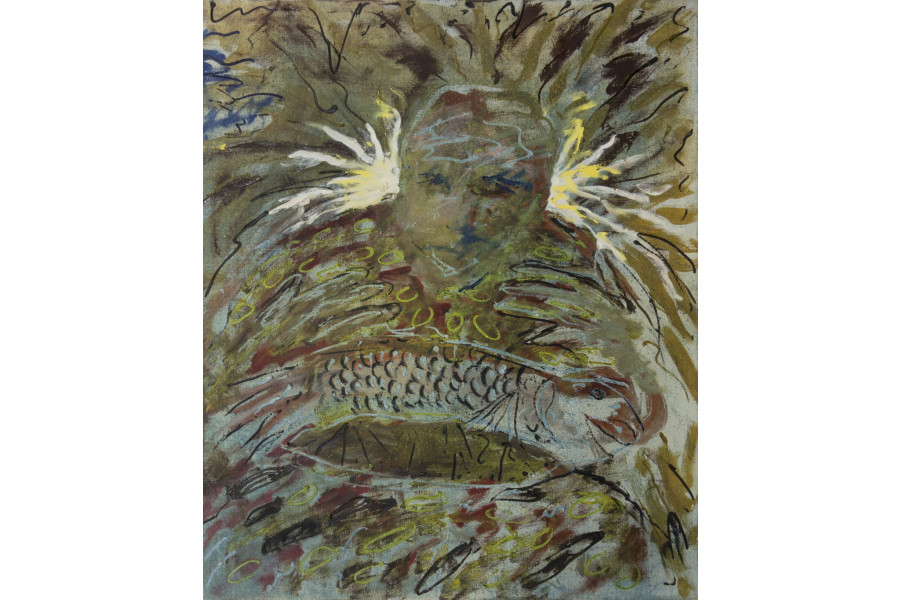 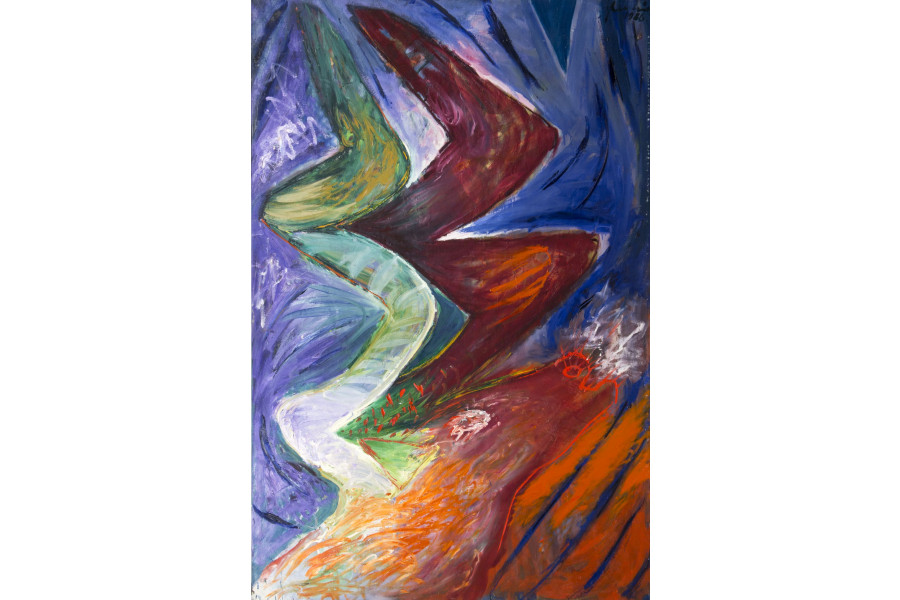 In a Ceremonial Tone
1994 - 30x21 cm
watercolour, black ink and print on paper
In the Várfok Gallery 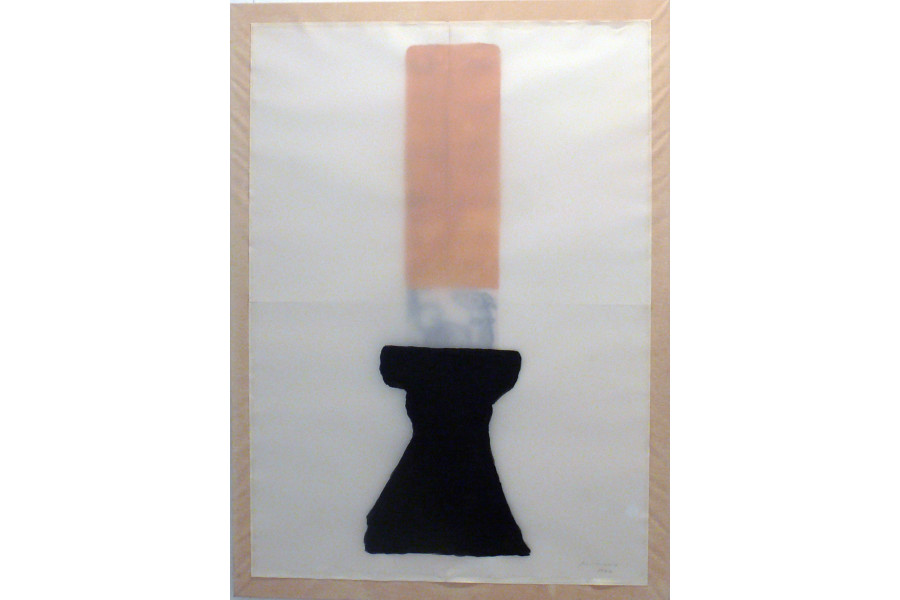 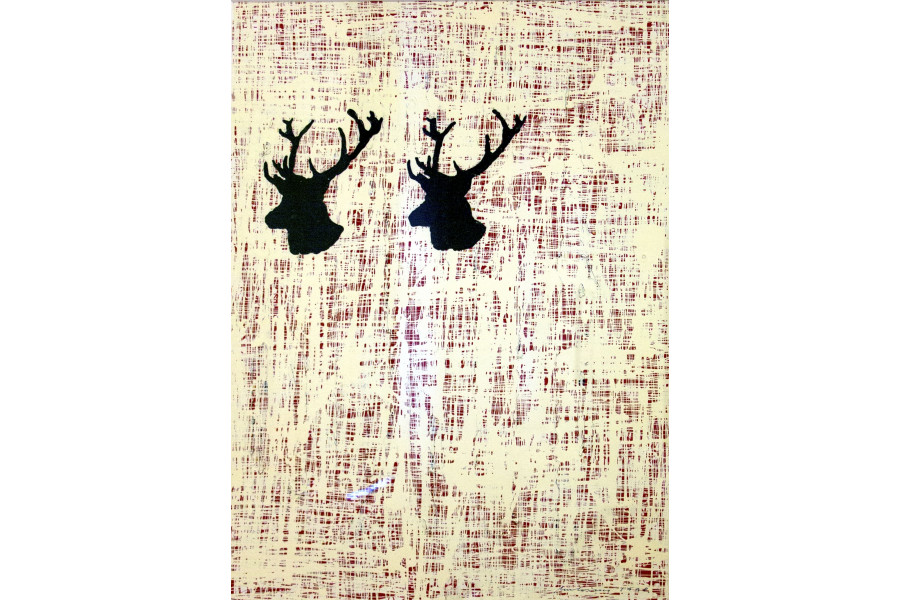 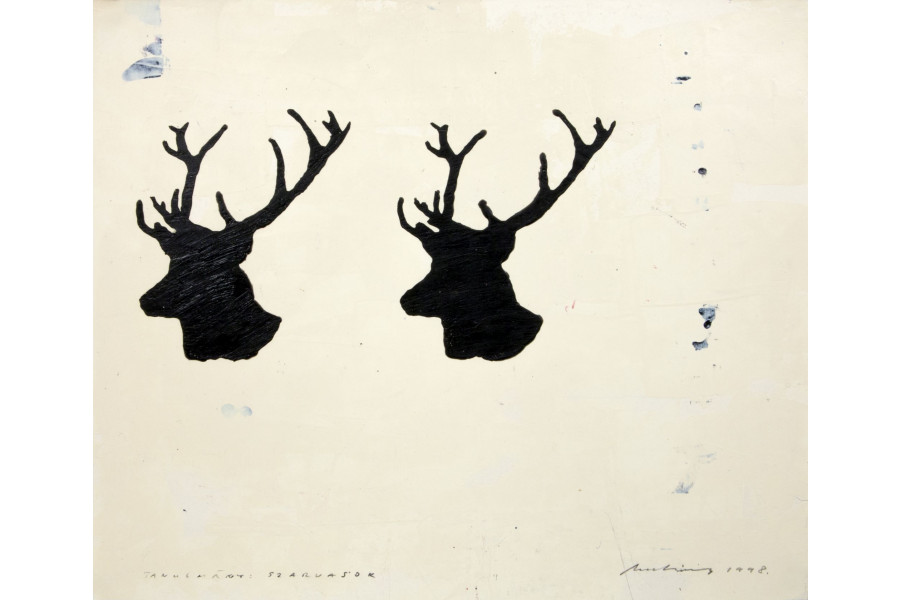 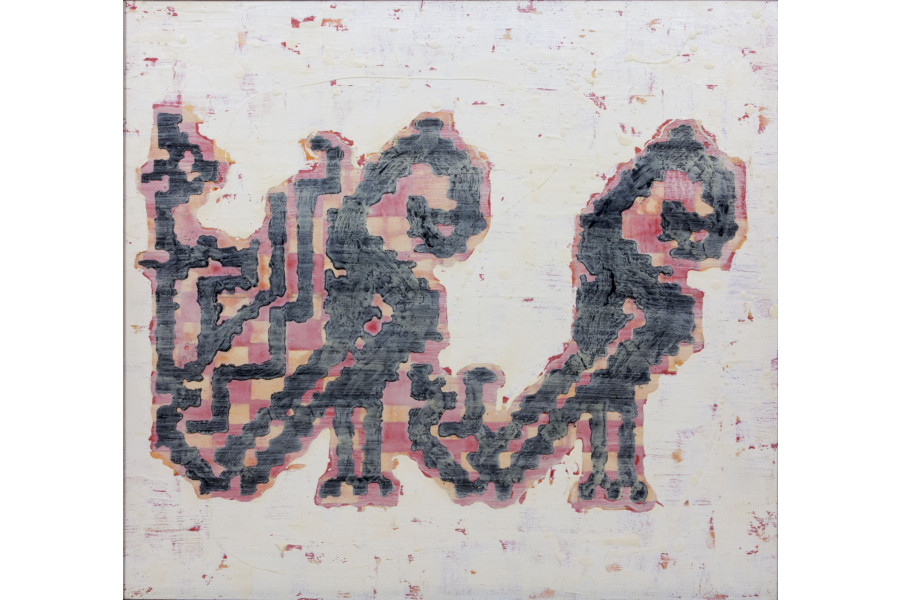 Untitled
1999 - 30x40 cm
encaustic, watercolour and pencil on paper
In the Várfok Gallery 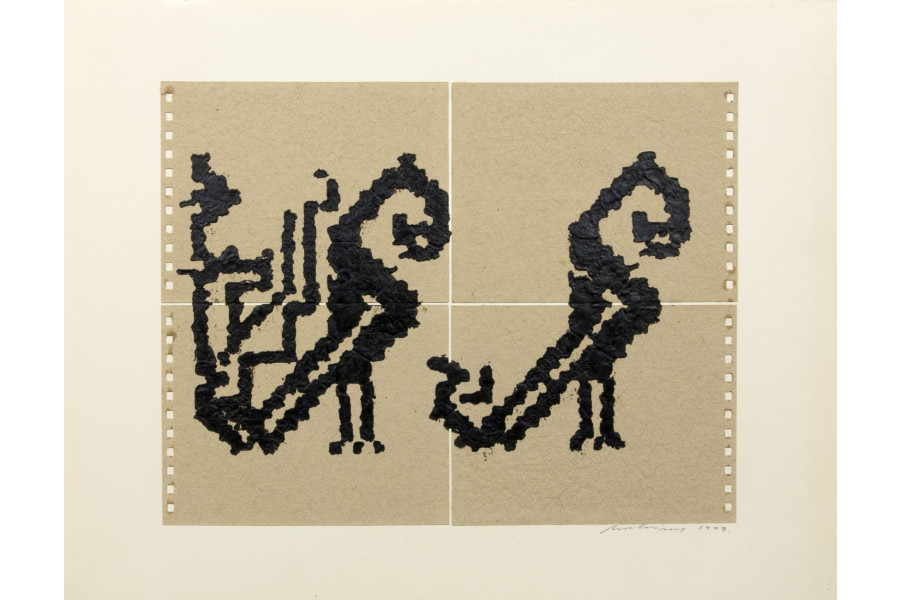 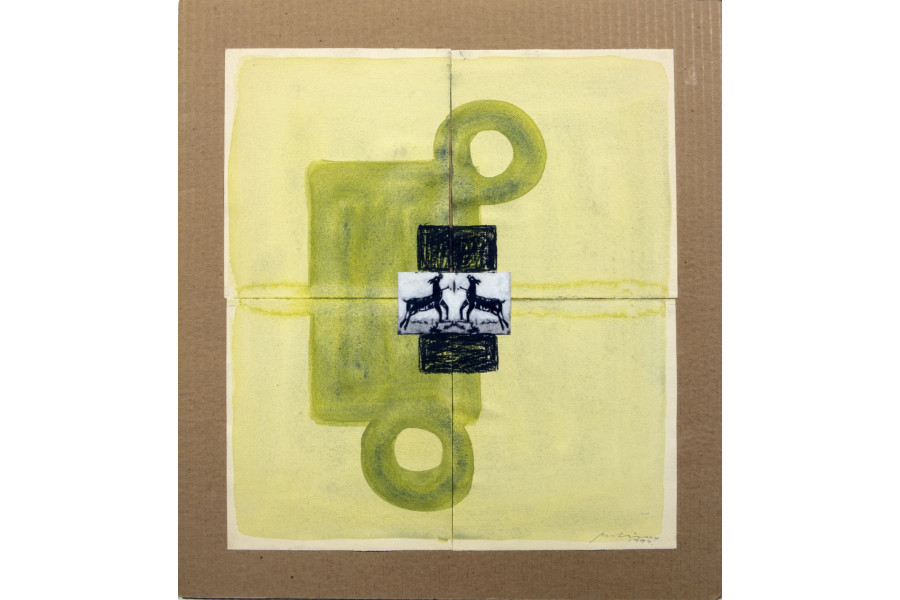 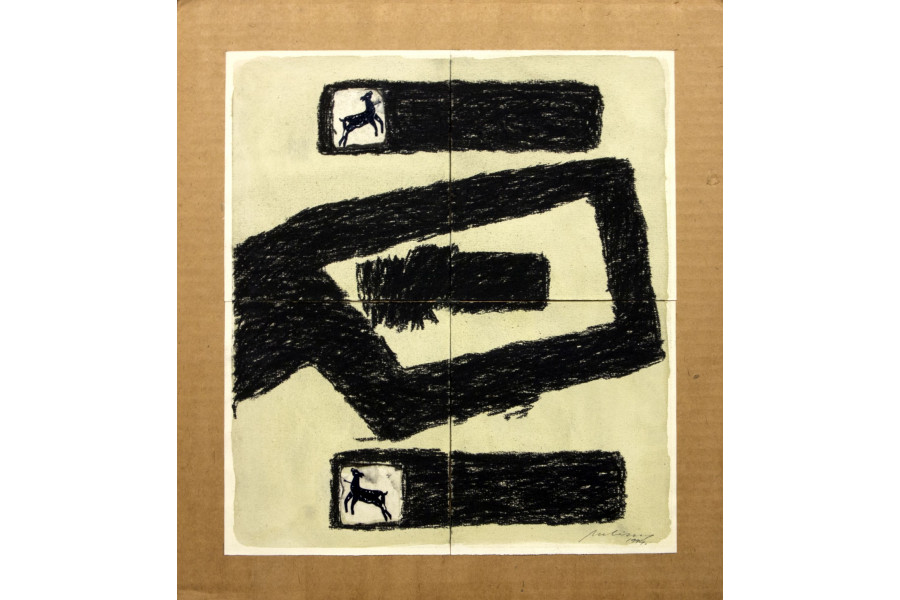 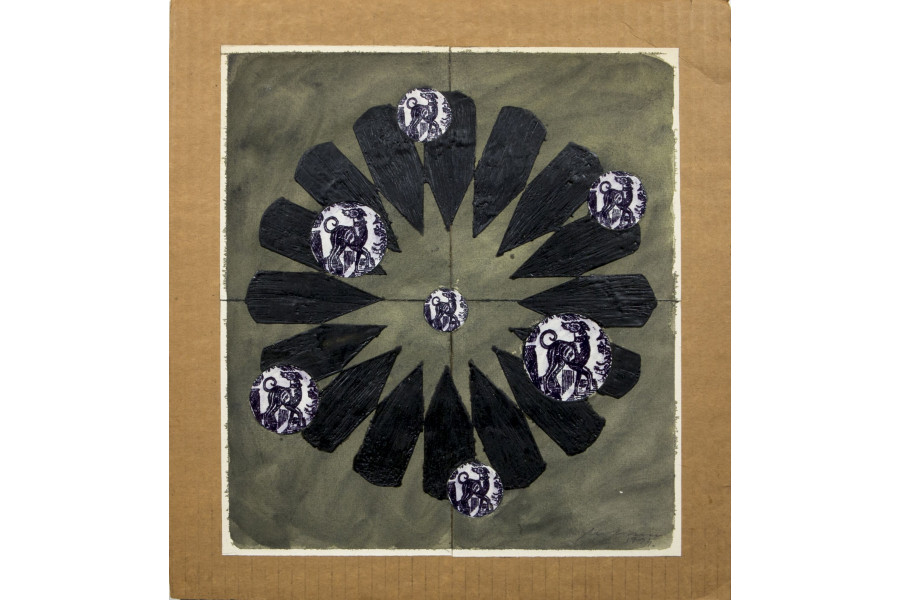 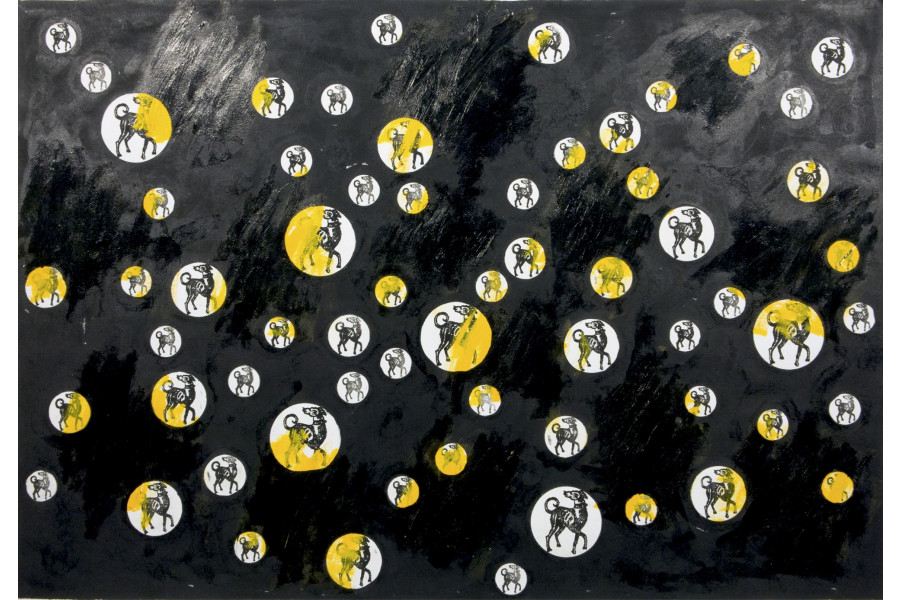 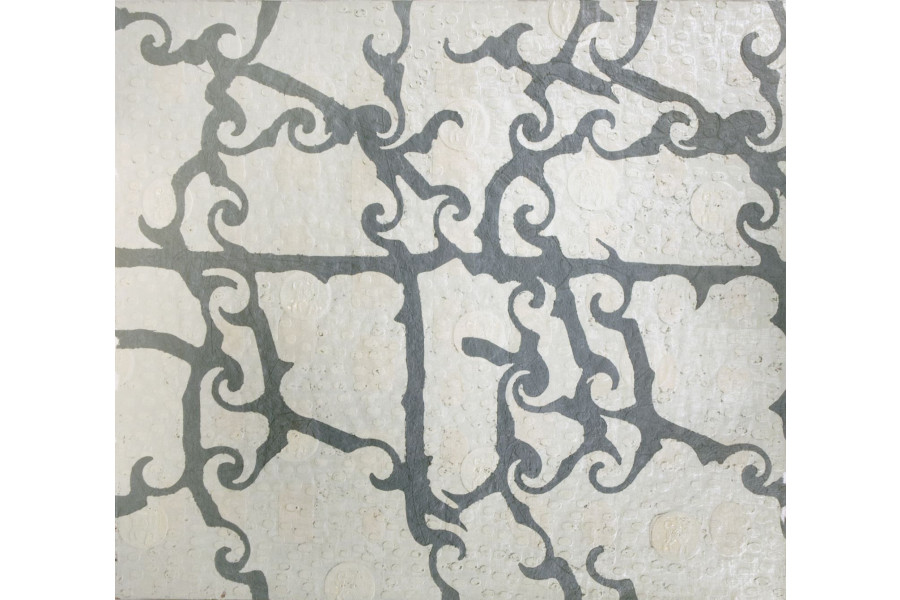 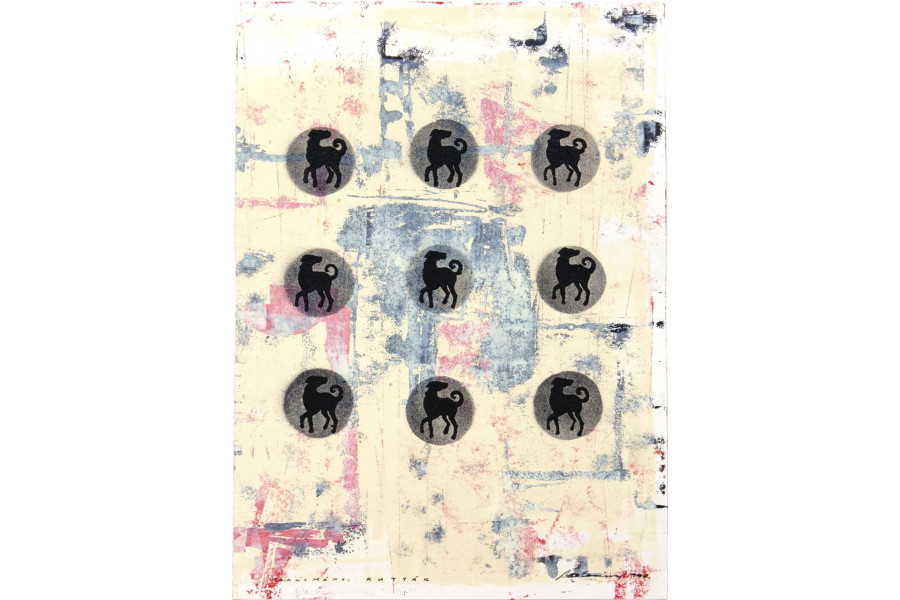