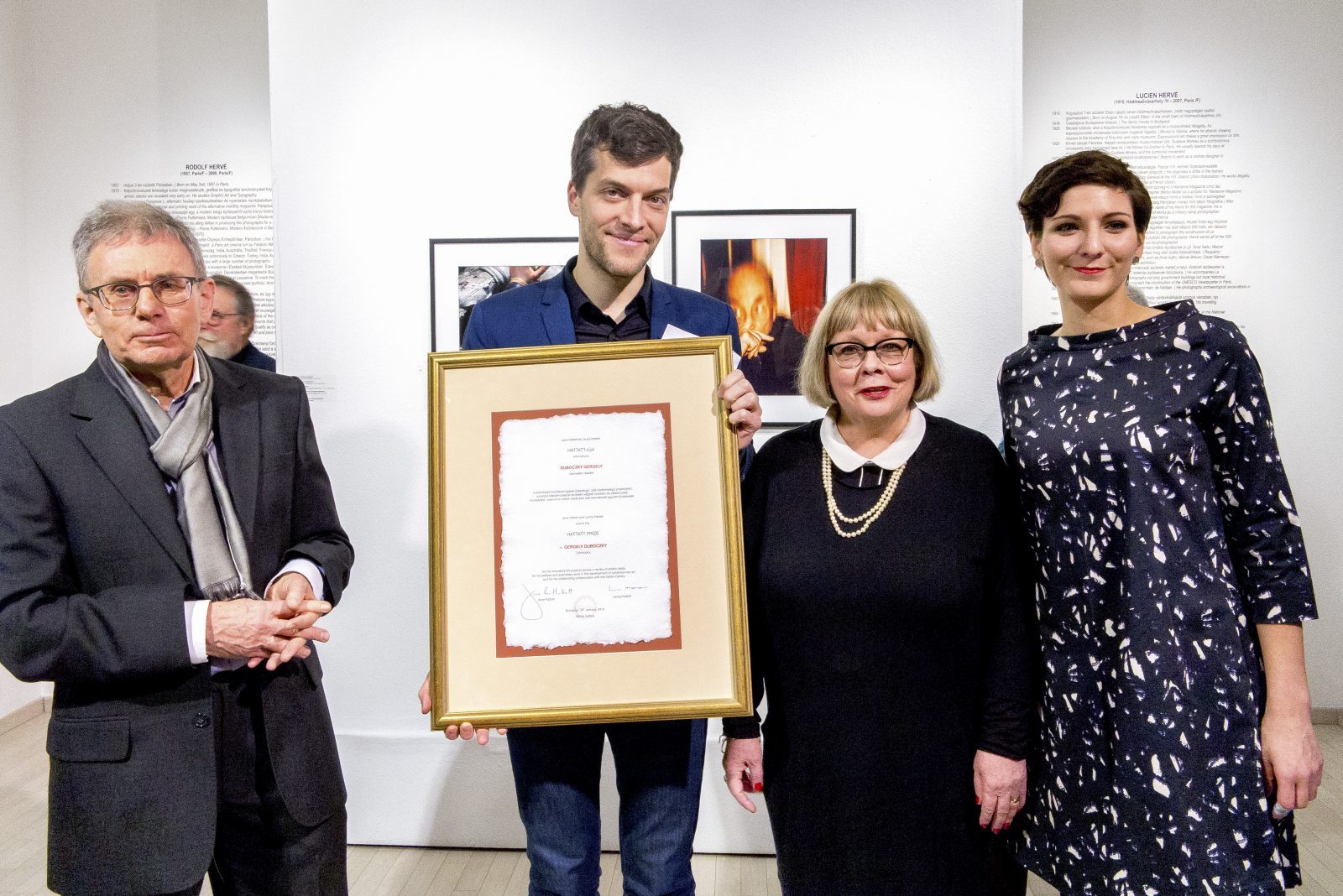 This year’s winner of the Hattatt Prize is conductor Gergely Dubóczky! Congratulations!

The Várfok Gallery, as one of the first private contemporary art galleries in Hungary, celebrated its 25th anniversary in November, 2015. On that occasion Károly Szalóky, owner of the Várfok Gallery, introduced the PRO VÁRFOK Award. The first recipients were a British couple, Jane Hattatt and Lance Hattatt. The award was made for their activity as art supporters, their selfless work in the field of contemporary Hungarian art, supporting young artists and aiding the International success of the Várfok Gallery.

Jane and Lance Hattatt subsequently established an additional, annual award, the HATTATT PRIZE. The HATTATT PRIZE is awarded to whoever is proposed by the Curatorial Board of the Várfok Gallery, regardless of age, gender or occupation, and is considered to have done the most or the best work for the development of Hungarian contemporary art. The HATTATT PRIZE includes a personal diploma and 100.000 HUF.

‘At times the world appears to be in an irreversible decline. We see the rise of Nationalism, the plight of refugees fleeing from war torn countries, unspeakable acts of terrorism, global warming, a proliferation of nuclear weapons………I could go on……whilst in my own country, political and economic chaos abound.

But at such moments it is necessary to look to the positive. And for me, this manifests itself in the Arts – in music and literature, in painting and photography, in film and theatre, in opera and ballet, in architecture, in sculpture, in civilisation. These are the hopes for the future.
For over a quarter of a century the Várfok Gallery has contributed in no small way to the enrichment of all our lives through its diverse exhibitions, its encouragement of young talent, its educational programmes and its outreach into the wider world. Tonight’s superb exhibitions are but just one illustration of this.
Jane and I, on this the occasion of awarding the fourth HATTATT PRIZE, are proud, and humbled, to be associated with the Gallery in so many ways.
In choosing tonight’s recipient, we were all in immediate and unanimous agreement. It seems particularly appropriate that the prize should go to someone who is making a very real and lasting impact on the Arts. To someone who tirelessly encourages the professional development of others, who is selfless, and whose subject passion is unmatched. In addition, the voluntary involvement in three separate projects here in the Gallery over the past year has not gone unnoticed.
It therefore gives us enormous pleasure to award the prize to………. Gergely Dubóczky.’ – Lance Hattatt 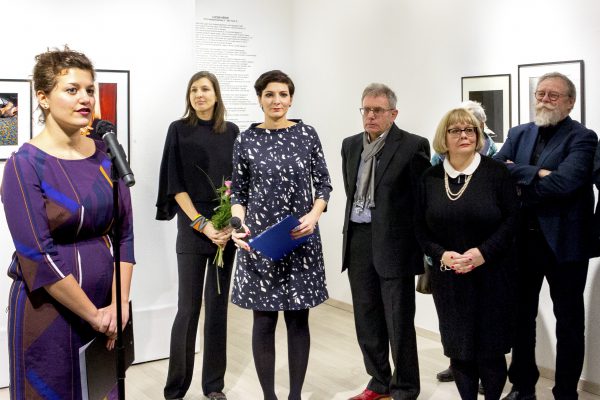 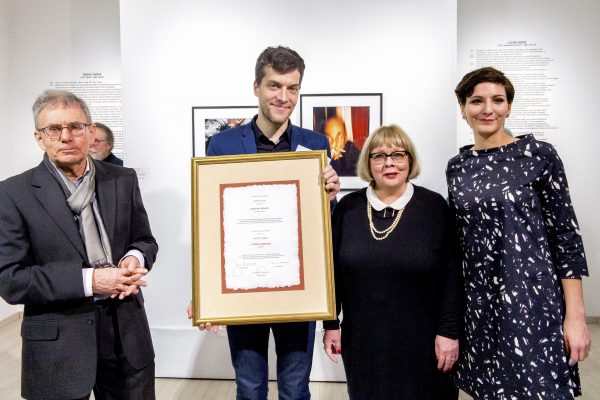 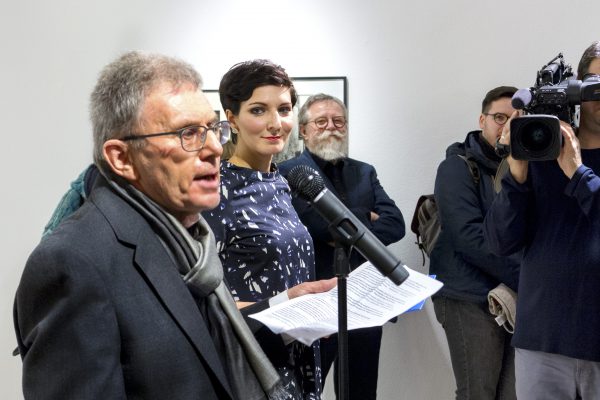