The Jubilee Exhibition programme series, celebrating Várfok Gallery’s 25th anniversary will continue with the group show Interpretations of Ornament in Fine Arts Today (1990-2015). The curator of the exhibited material in the Várfok Gallery and Várfok Project Room is the well-known art historian, Katalin Keserü, versed in the area of ornament, who besides presenting artworks from some of the gallery’s artist circle assembled some works from guest artists as well. The exhibition showcases varying techniques, artistic attitudes and styles offering personal interpretations for the approach of the present state of ornament.

‘The art historical investigation around ornament as such, which has begun afresh in the nineties, was influenced by particular contemporary phenomena, primarily by its postmodern reinterpretations in architecture and design. Nevertheless, we easily tend to forget its implication in the fine arts since ornament is commonly observed as a type of decorative art, indicating its secondary, applied status. Although, the techniques offered by some new, artistically also serviceable devices (e.g. computers) are not only identical in the aforesaid ranges of arts, but also require a new perception of ornament, recalling the olds ones. Including such interpretations as the ornament is well beyond decoration, considering that from Vitrivius’ principles to Kant’s aesthetics judgement, the subject of sympathy without interest, we can identify plenty definitions of ornament.

Theoretical presumptions and conclusions of nineteenth century art history writing suggest ornament’s independent artistic and language status, which by the end of the century was perceived as the manifestation of “kunstwollen”, absolute or nationally definite, which specified the period’s decorative style, coherent with abstraction. (The Ernst Museum held a conference under the name Ornament and Modernism in 2005.) Later on, in tight correlation with humanities and natural sciences, works about the creation and operation of structure demonstrated in picture series, then serial works based on the mathematical determination of computers became related with the geometrical system of ornament (this was presented by an exhibition of OSA Archive in the Vasarely Museum in 2011), realizing some so far inconceivable variations.
Some new attributions (such as the sign- and writing-likeness) were explored in action- and script painting and sign-art, and some others in pattern painting, modern folklore and informational technique.

Fine arts seem to pursue new principles nowadays: besides the birth of a new, decorative style, it rehabilitates the erstwhile components of ornaments, giving new meanings to archaic and tribal, folk art and religious, Eastern – Western and individual signs, ornaments, systems, also through new (for example light-) techniques; the (geometrical, stylized or natural) motifs – including letter- writing- or technique-deriving signs – to elementary base; becoming image-, meaning- and form-constituting power, and getting into motion. Its significance clarifies in its diversity: ornament is embodiment, presence and metamorphosis, operation, and at the same time prolongation of the present to infinity.’ – Katalin Keserü 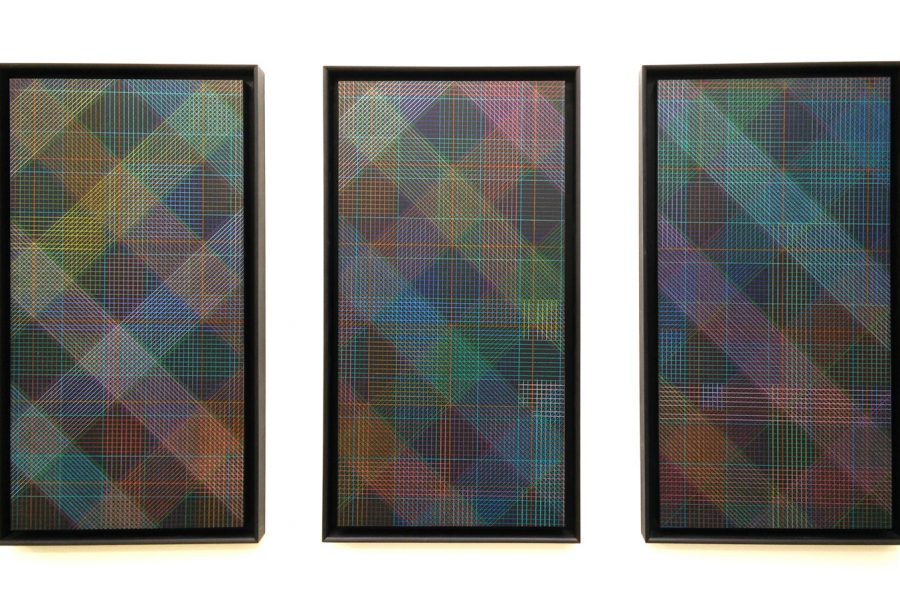 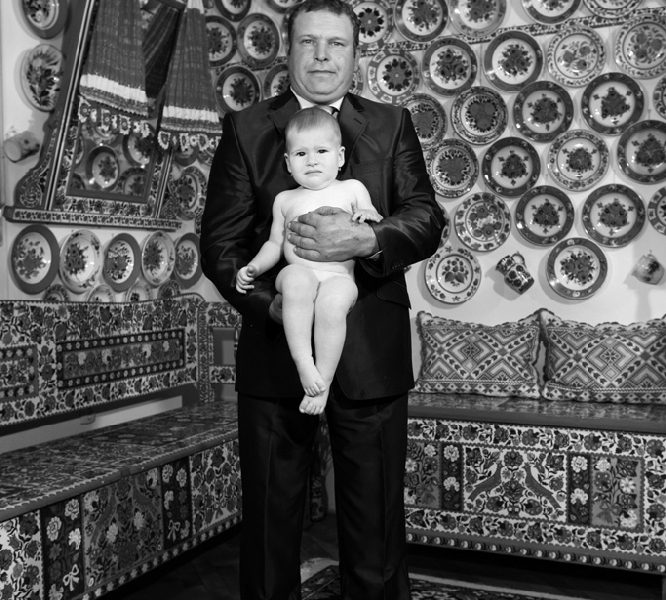 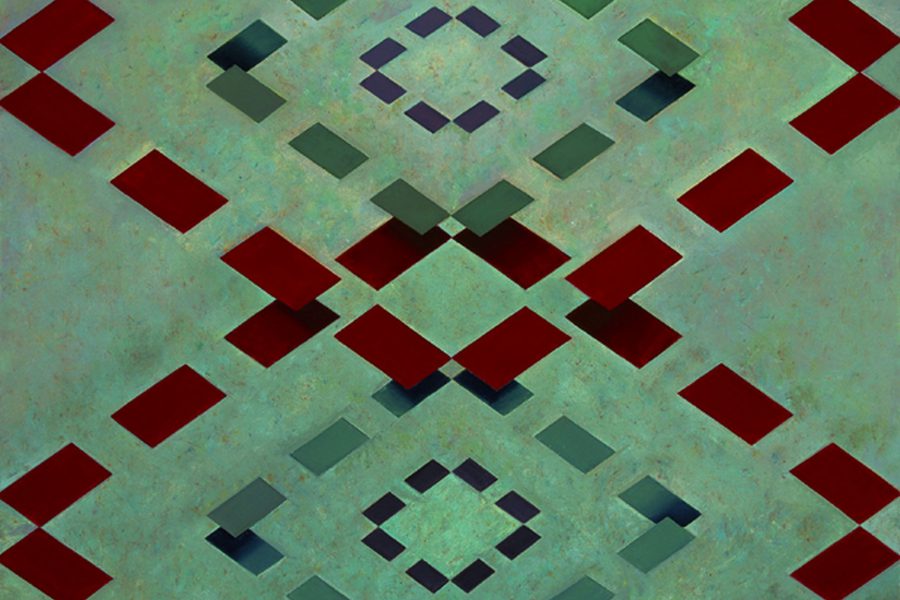 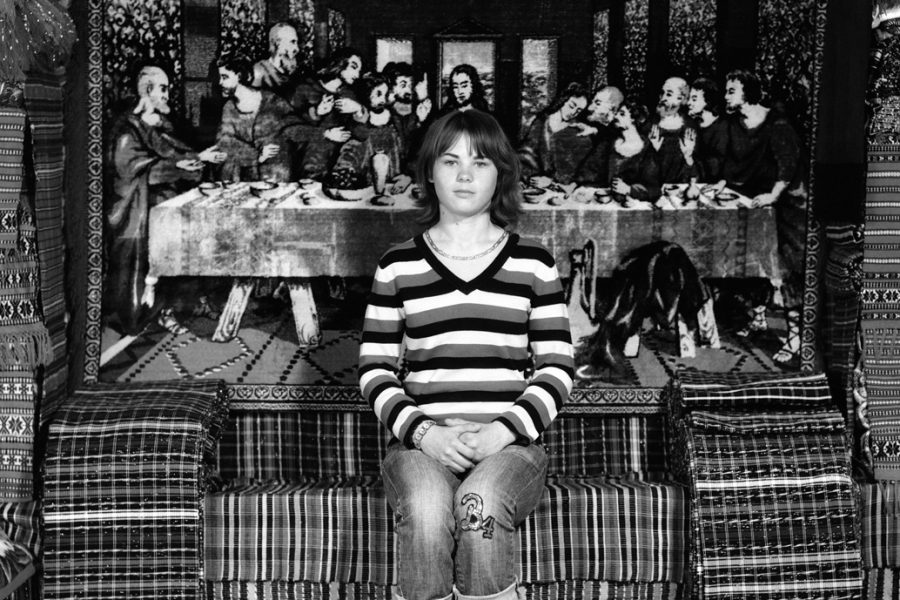 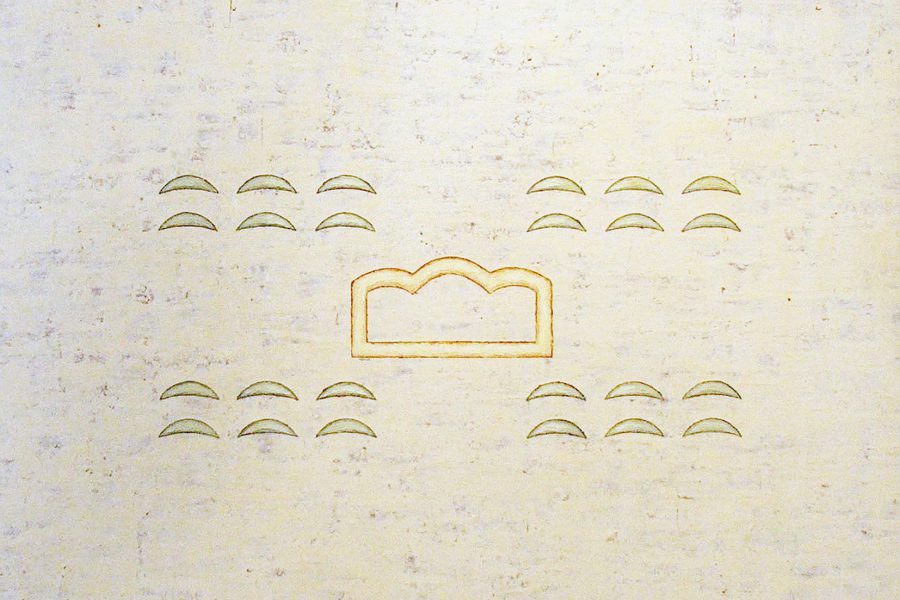 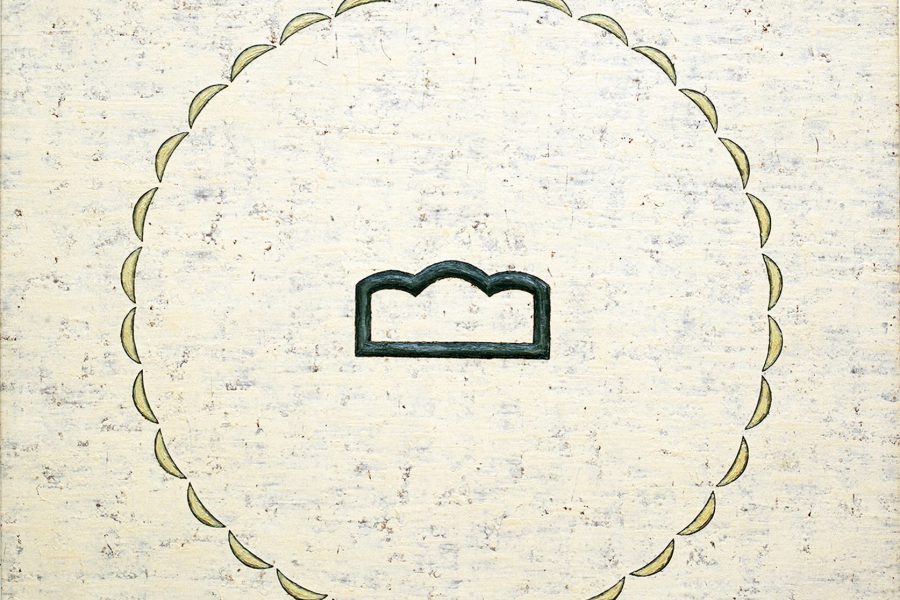 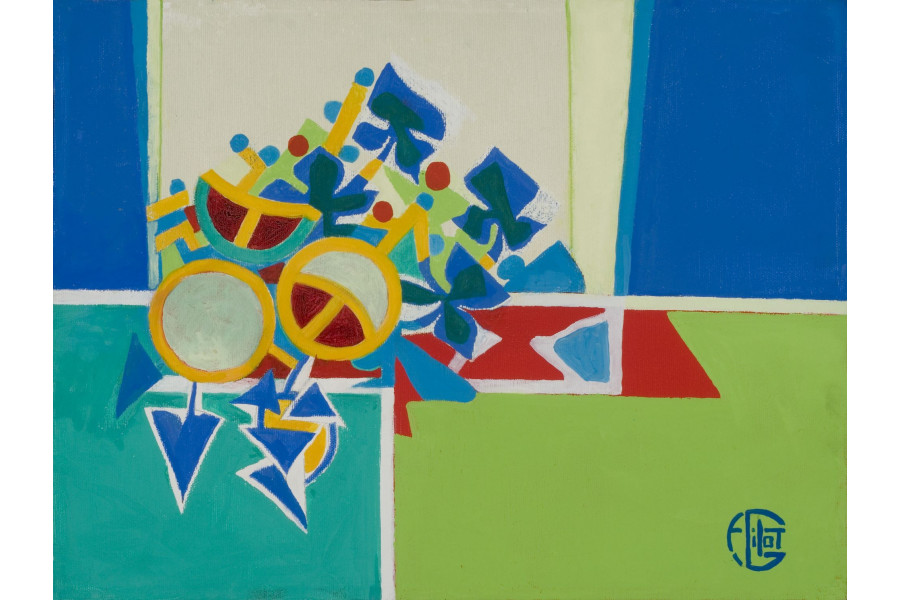 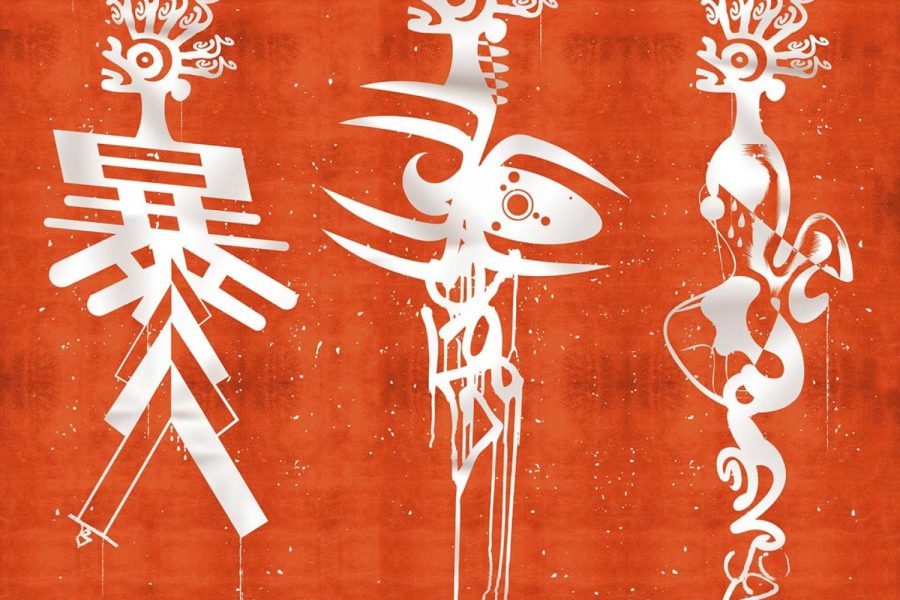 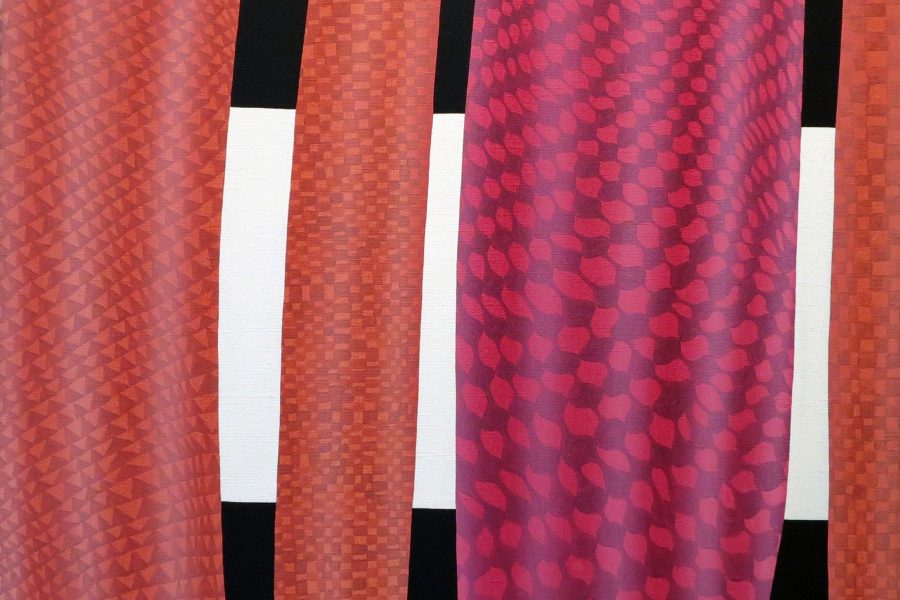 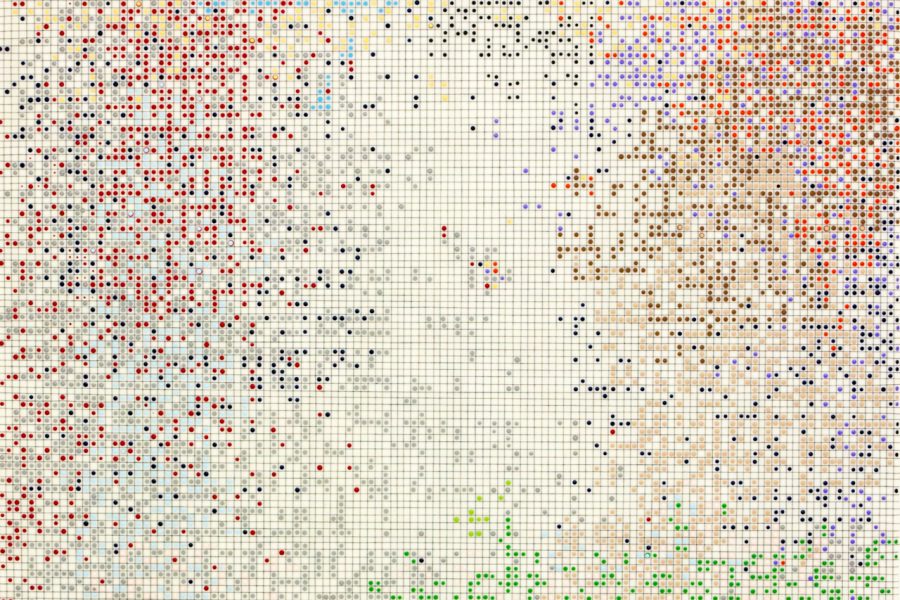 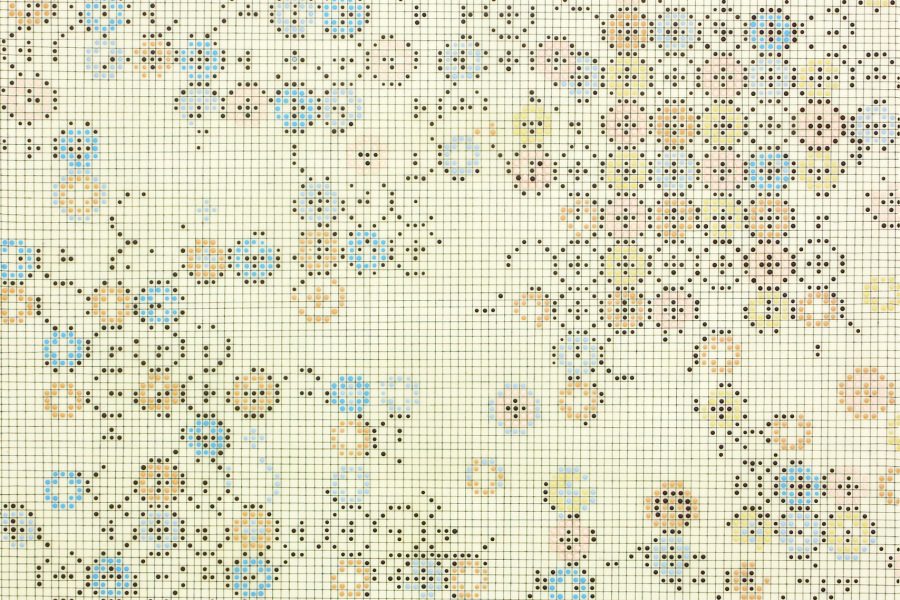 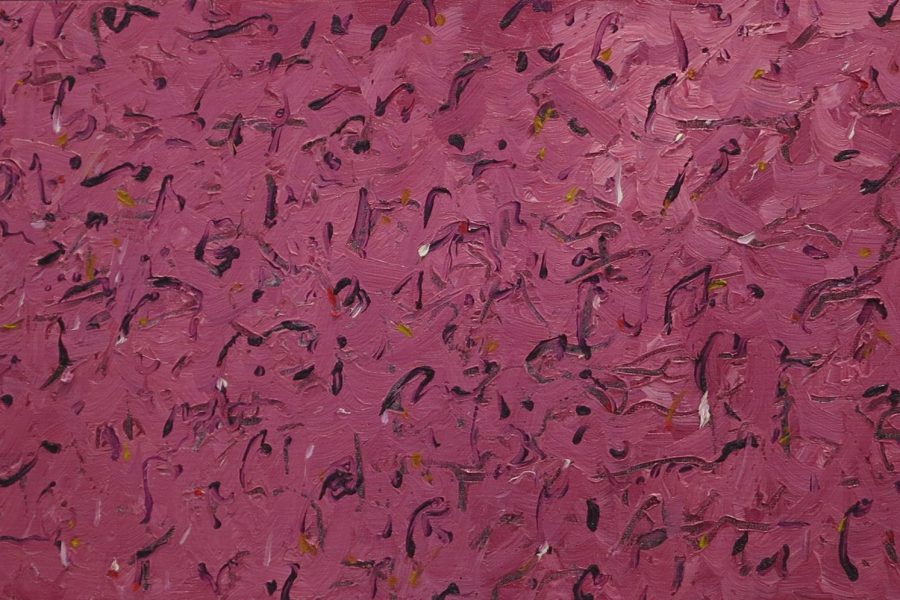