János Szirtes (b.1954, Budapest) is an iconic figure of Hungarian contemporary art.
Professor of the Media Design Department of the Moholy-Nagy University of Art and Design, Budapest, Szirtes is a painter, graphic artist, performer, video and media artist and pedagogue of renown.

Having completed his academic studies at the Universities of Fine Arts in Bratislava and Budapest at the end of the 1970s, János Szirtes’s artistic career over four decades has encompassed many different artistic genres.  Greatly influenced by his involvement in several notable underground art workshops at the beginning of the 1980s, Szirtes’s work is shaped  by creative research and an interdisciplinary approach as adopted by the legendary “Indigo Group’ led by Miklós Erdély. The free Dadaist atmosphere characteristic of the Lajos Vajda Studio of Szentendre as well as Tibor Hajas’s innovative approaches towards performance art can all be seen within Szirtes’s oeuvre.

János Szirtes’s solo exhibition entitled ‘Oxygen’ presents his latest works which are full of vital energy, exploding with life and vibrant colours. In some instances, the paintings refer back to explorations of space as in Szirtes’s past abstract series, whilst others evoke the visual world of the 1980s through the inclusion of particular formal elements. Cellular organic shapes, spontaneous gestures reminiscent of hieroglyphic scripts, geometric forms and metallic surfaces all intermingle within the deep space of the paintings, which open inwards.

The back and forth movement of forms in space relates to the world of performance. The layers in the images are similar to the divisions to be found in a performance space with shifts in function and  jumps, the action space becoming a background, a sound or a mood. These latest works, imbued with the Spirit of Life, open a new era in Szirtes’s prolific and profound artistic work, providing further evidence of his instinctive multidisciplinarity.

In addition to Szirtes’s latest works, the exhibition will also  showcase some intriguing works from the 1980s which have not been seen by the public since that time. 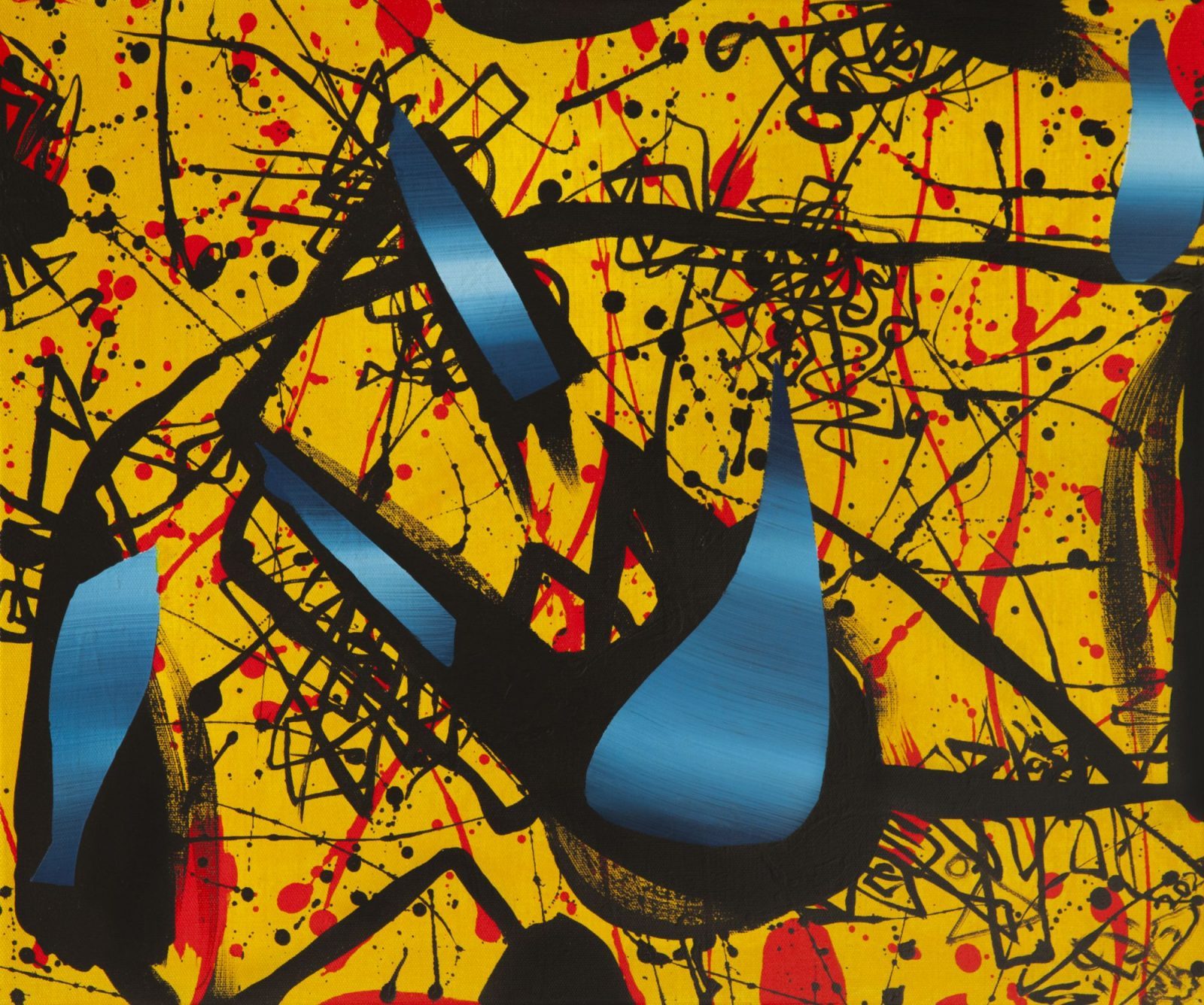 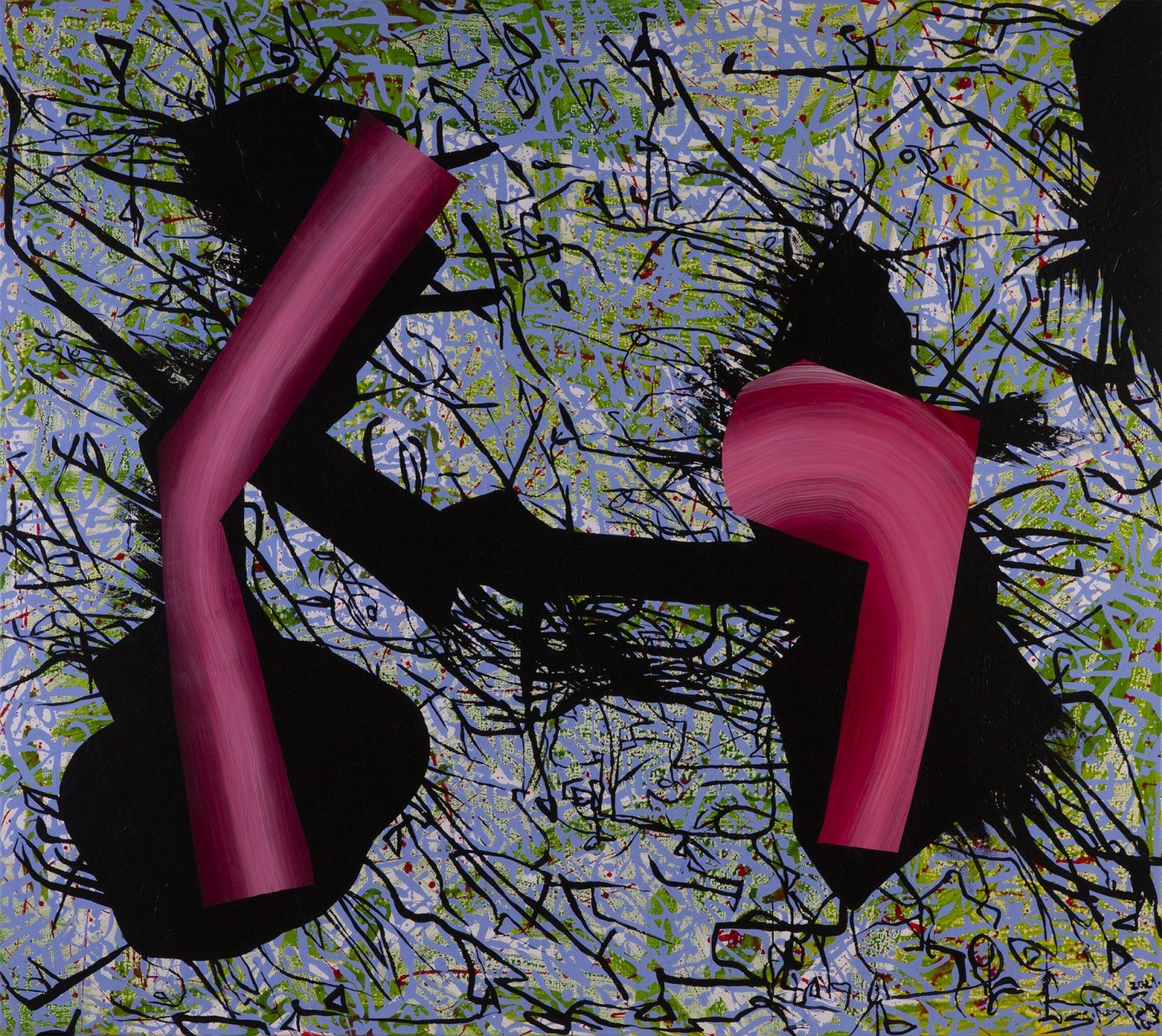 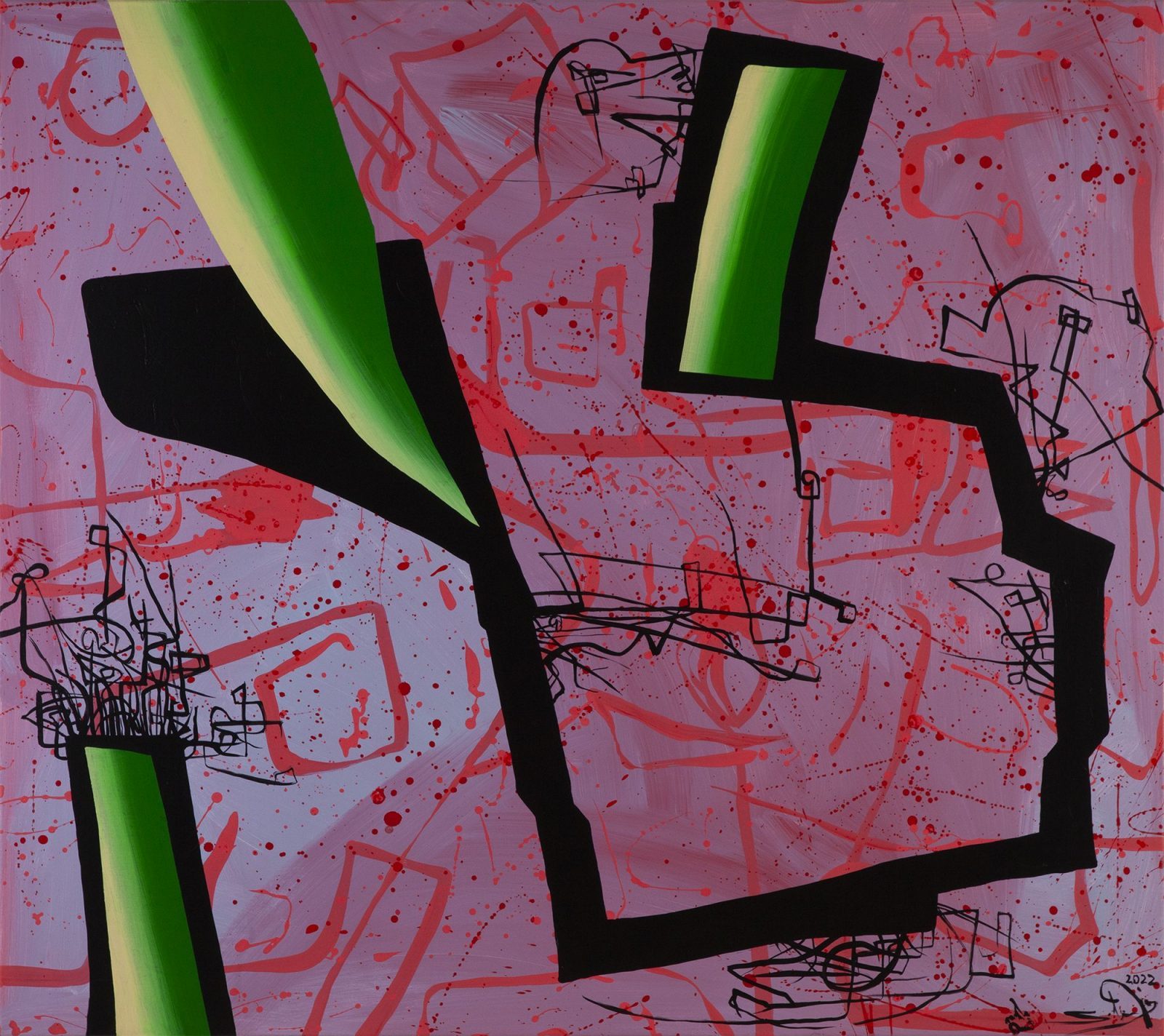 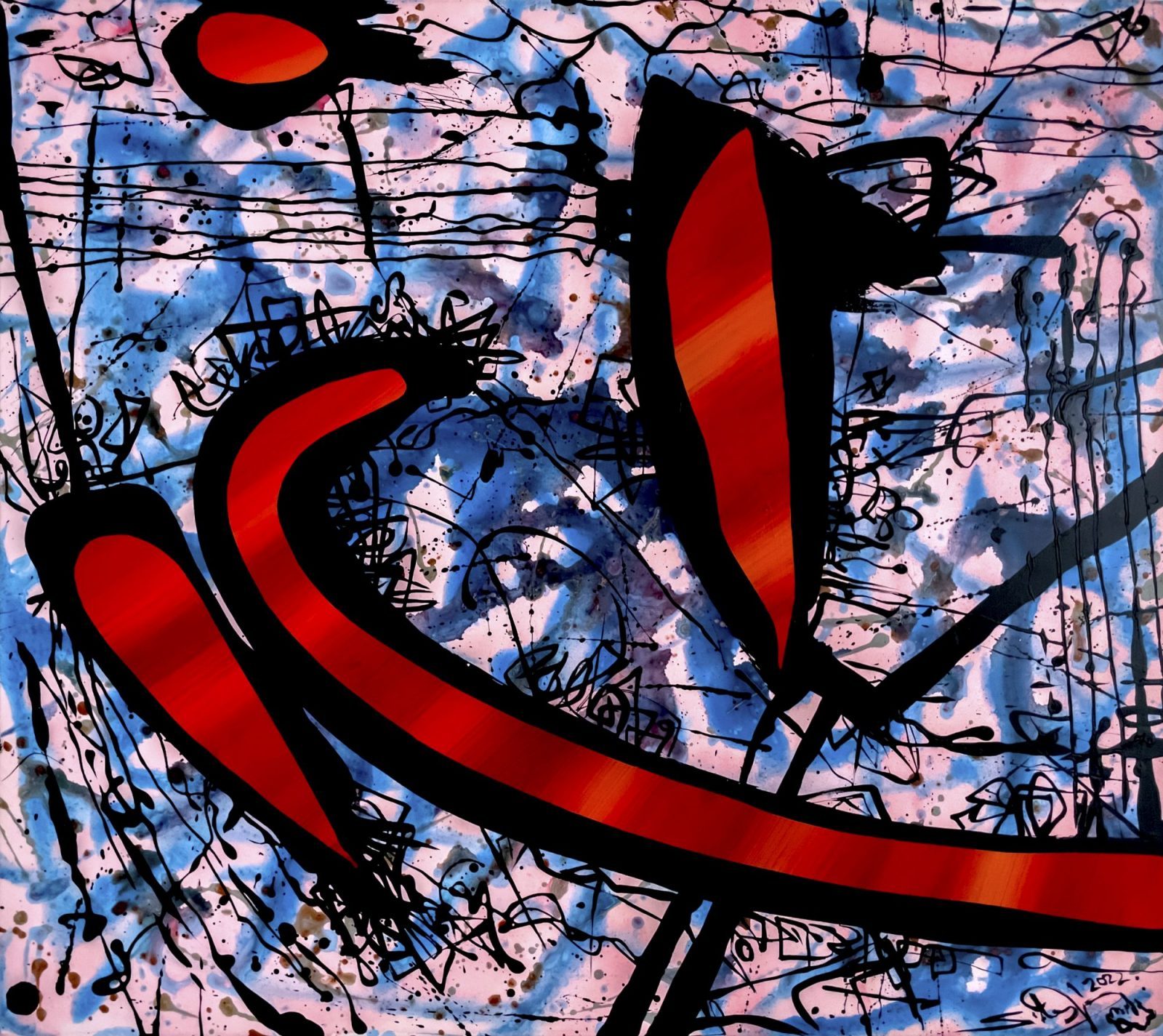 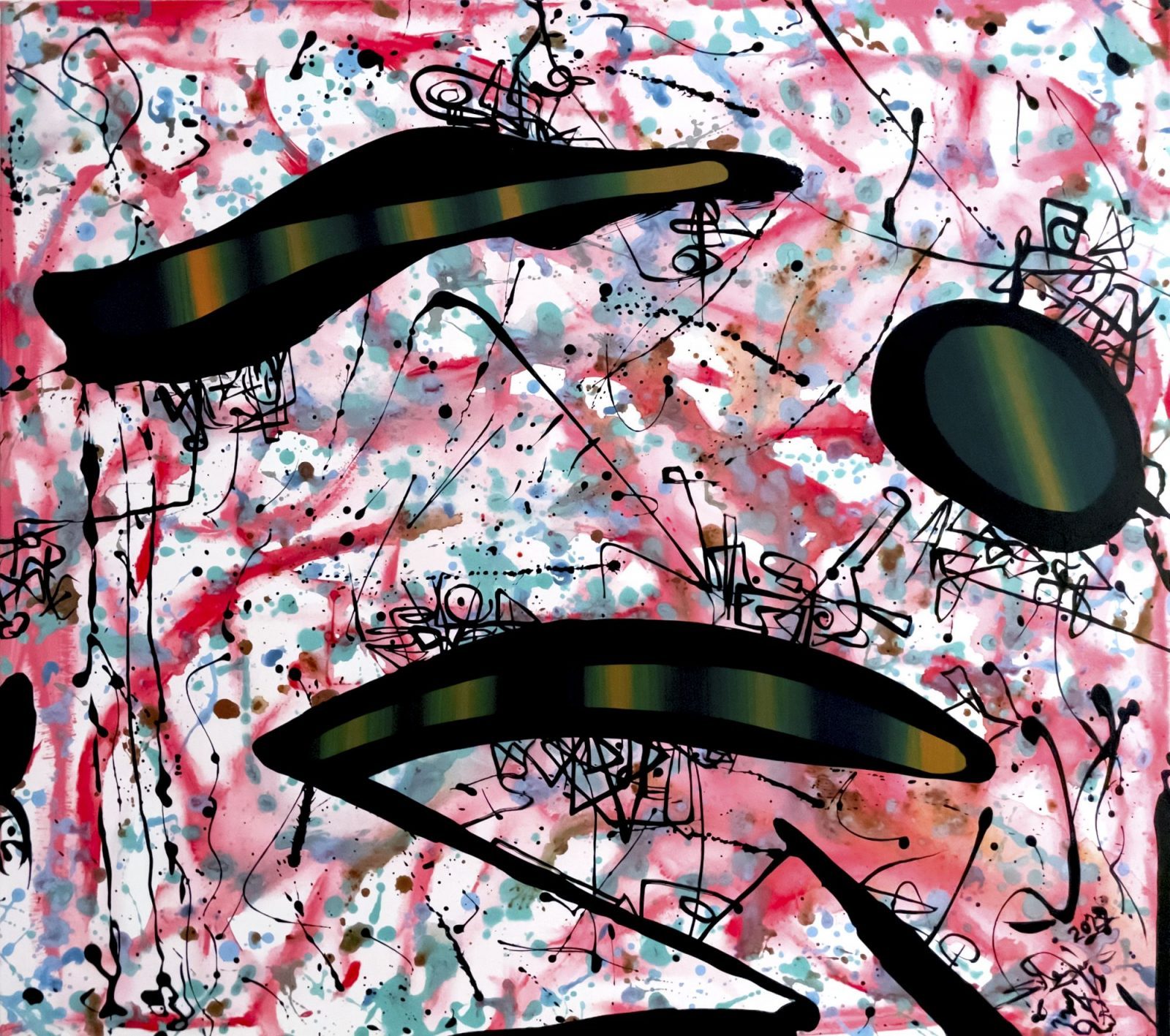 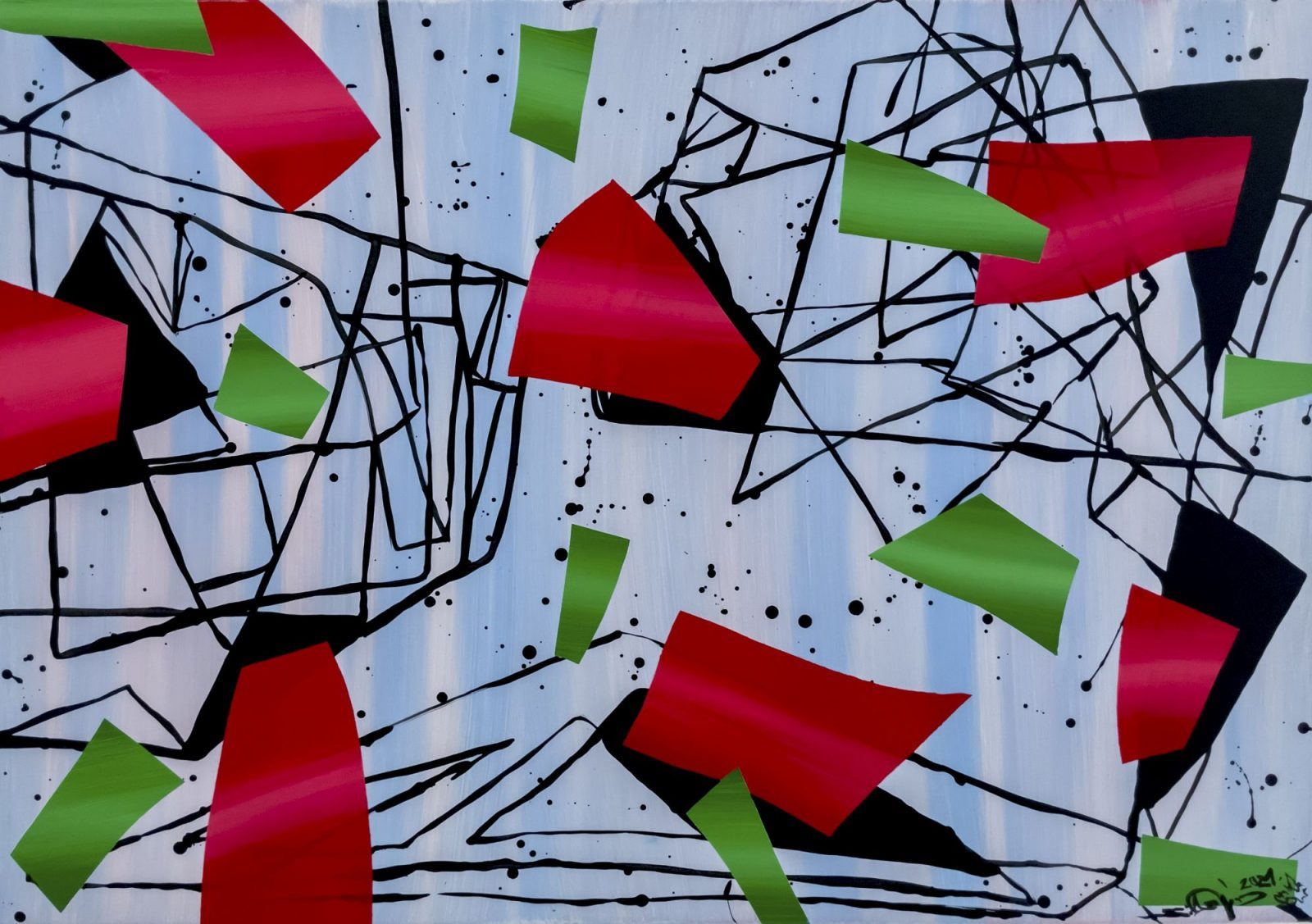 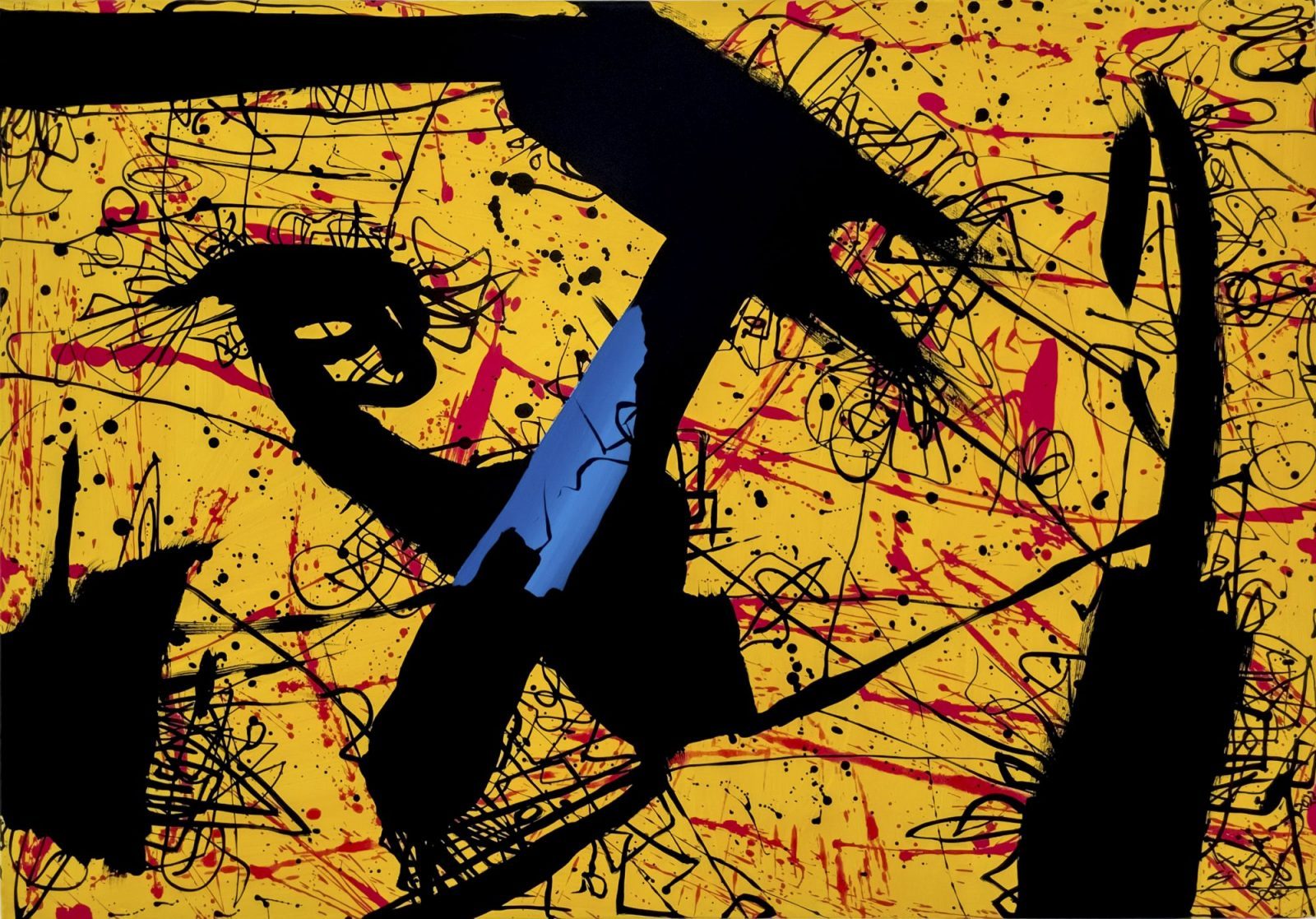 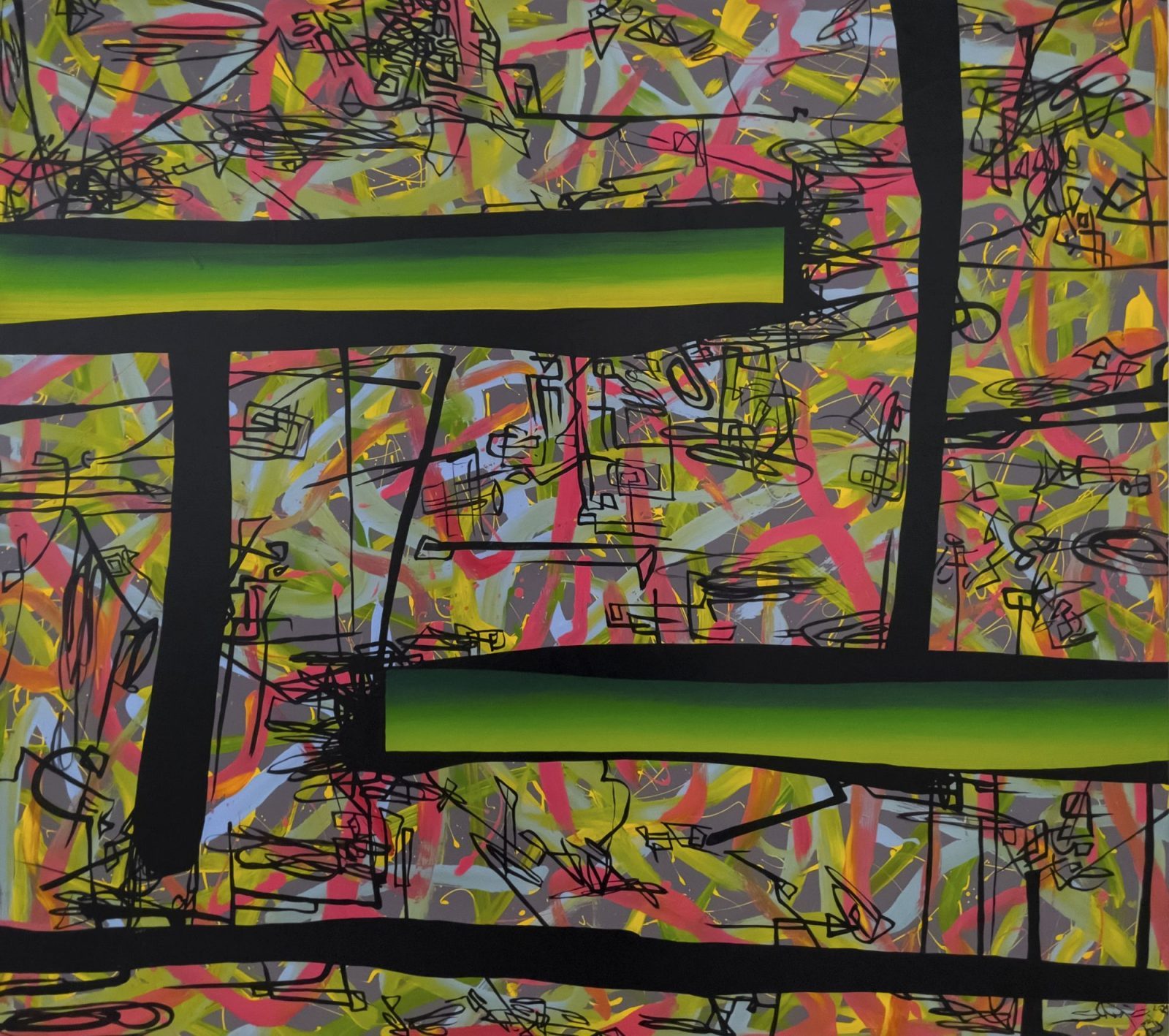 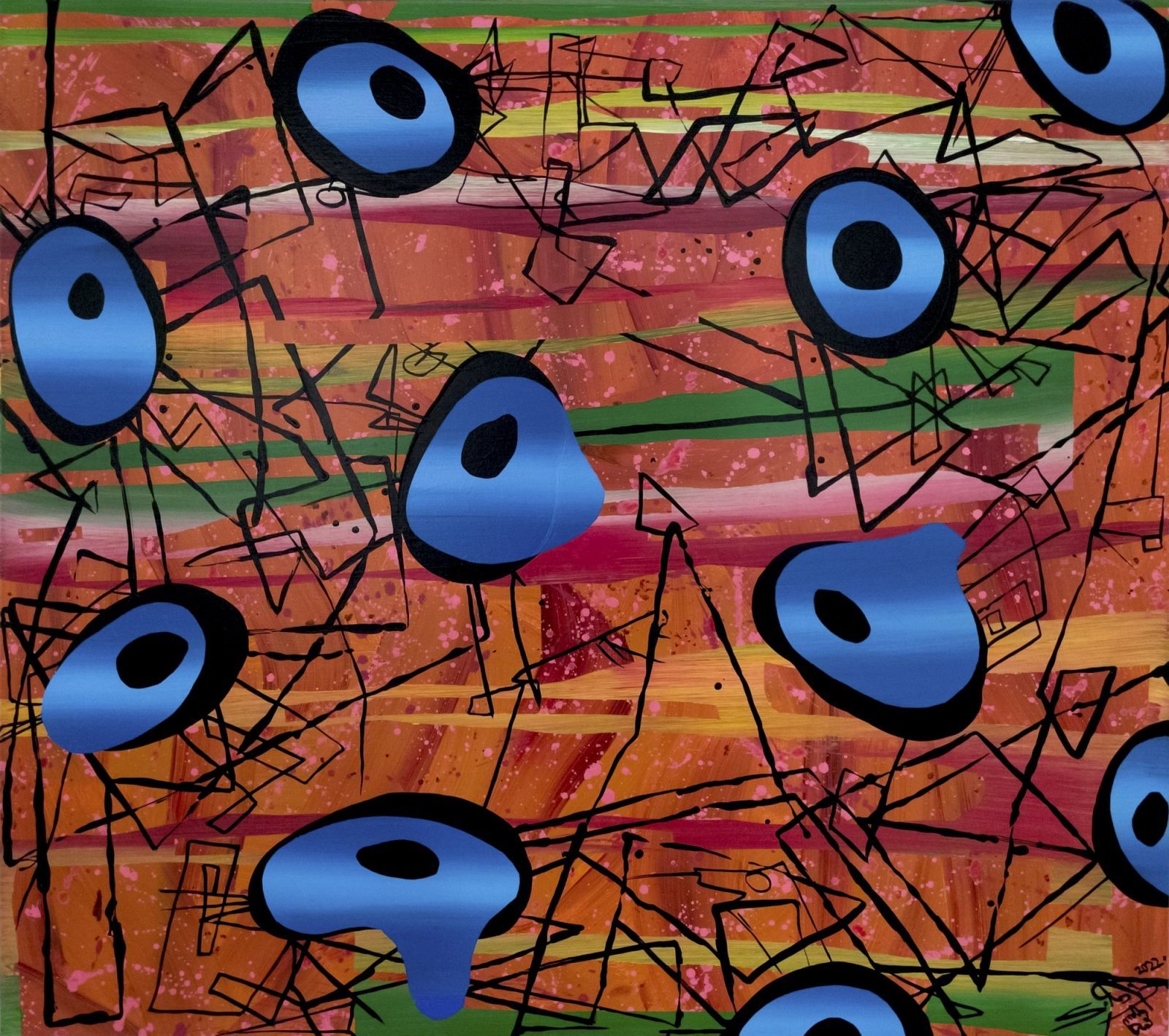 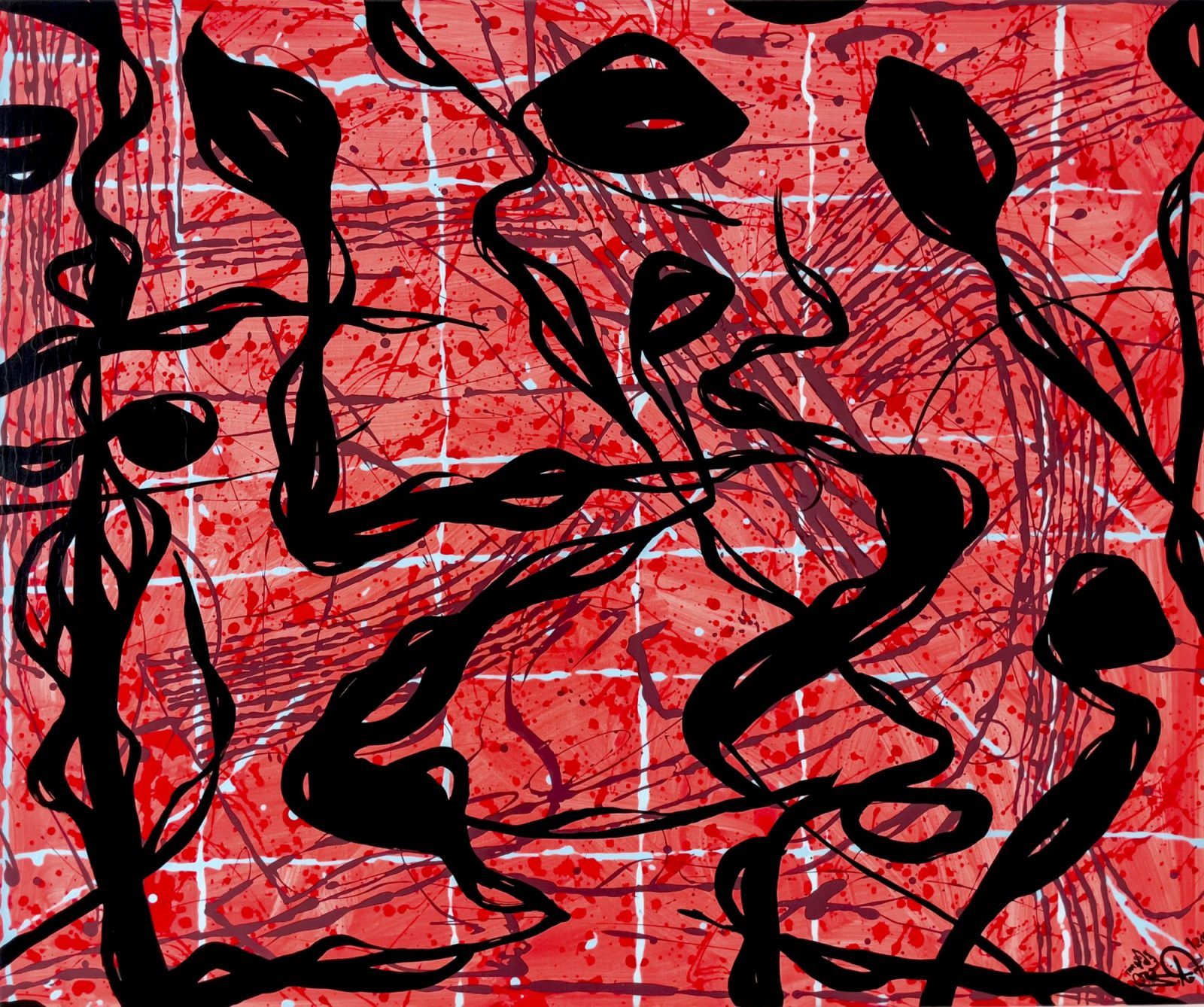 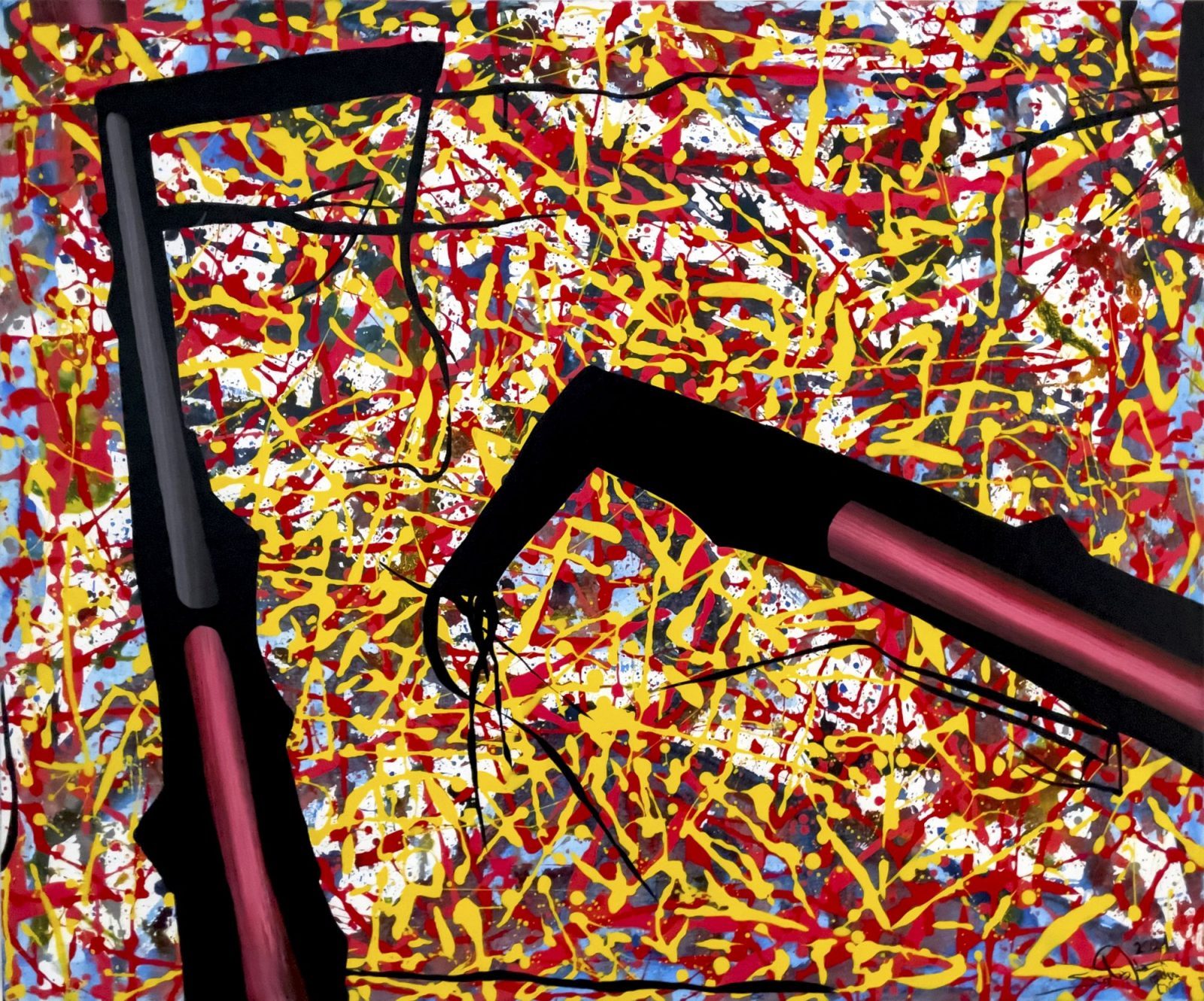