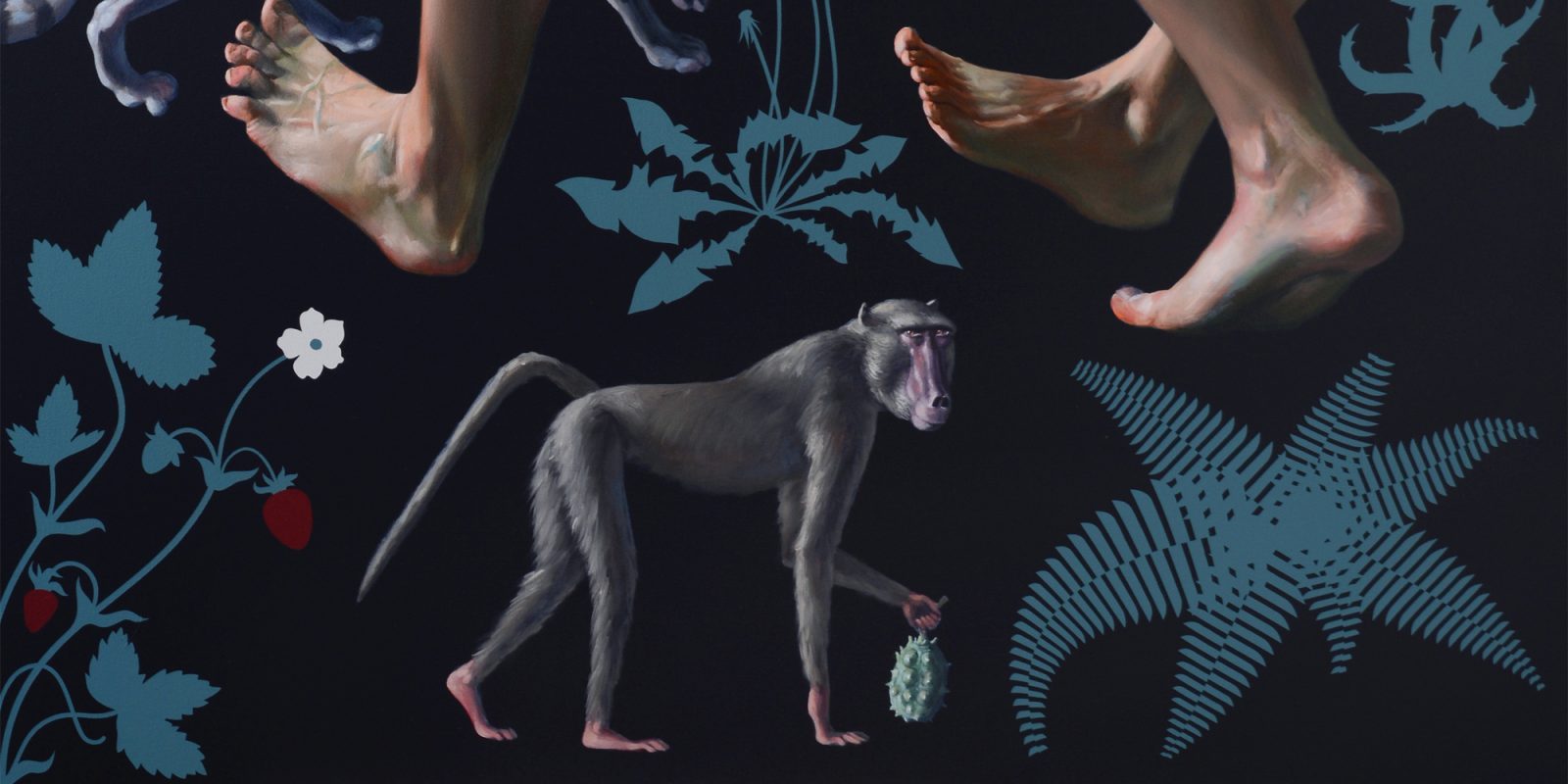 The Várfok Project Room’s Autumn Season opens with an exhibition by the newest member of the Várfok Gallery’s permanent artists’ circle, Máté Orr.

Máté Orr graduated from the Hungarian University of Fine Arts’ Painting Department in 2011, which was immediately followed by his artistic debut in a series of Hungarian solo and group exhibitions. Orr’s paintings have been shown in several art fairs and exhibitions internationally, including Monaco, South-Korea, China, Germany, Slovakia and the United Kingdom.

Contrasts of the grotesque and harmonious, real and symbolic, naturalistically detailed and simplified are all to be found within his paintings. His scenes, emanating from a dark, homogenic background, have elements which reflect and draw upon paintings of the Dutch Golden Age, the hybrid characters of Hieronymus Bosch and the works of 20th. Century French Surrealists.

‘Eden Deconstructed’ presents the most recent works of the artist. The pictures reflect on the tension and behavioural patterns deriving from the overlaps and conflicts to be found between man-made law and animal instincts, depicted by Orr in his typically witty and frivolous manner. The series begins with a scene of law-breaking, ‘Expulsion from the Garden of Eden’, and develops into a cycle of colourful and dynamic paintings, portraying thoughts about sexuality, aggression and self-preservation. The anthropomorphism of animals connects the works to the world of fables, where people are replaced by animals in an allegorical picture in order to make the often sensitive or difficult topics easier to contemplate and consider. Therefore, it is not a specific story that is presented at the exhibition, but rather the schematic frame of one, inviting all visitors to connect with their personal experiences and to interpret what is seen, each one in his or her own way.

Dinosaurs, pink flamingos, naked human bodies, chequered surfaces, the World on fire, strawberries and red curtains, each of these,  and more besides, are just a few of the details and symbols enriching Máté Orr’s much-awaited, new and exciting series of paintings. 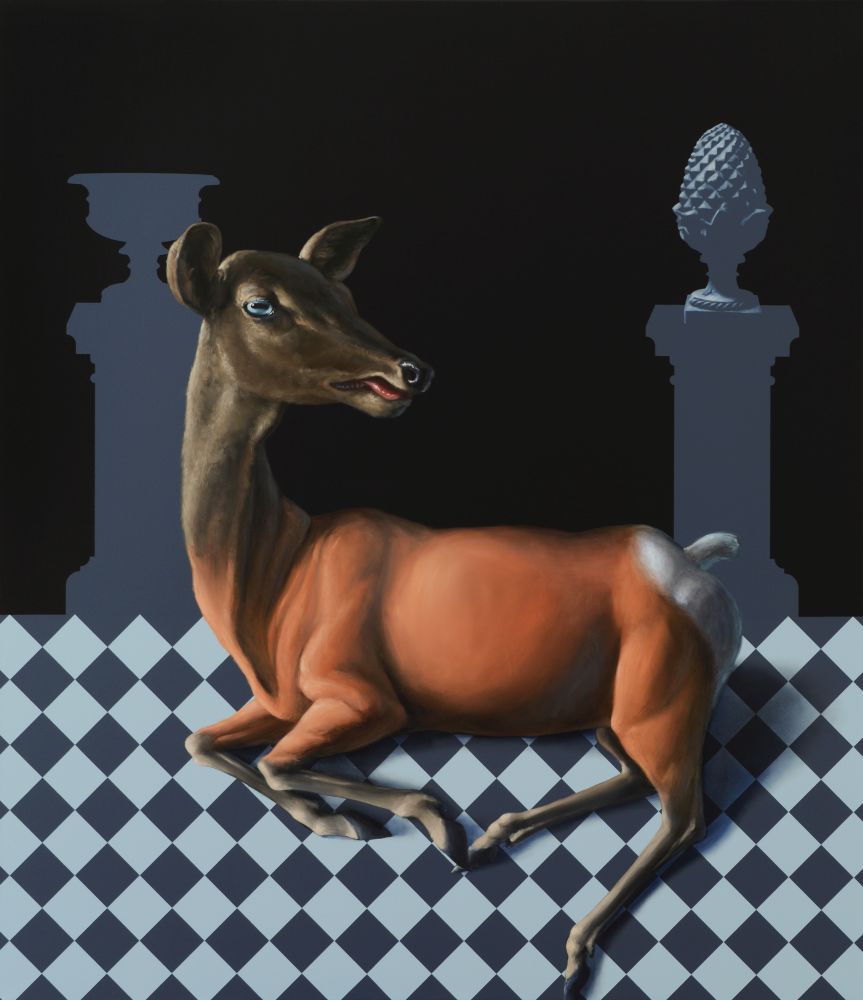 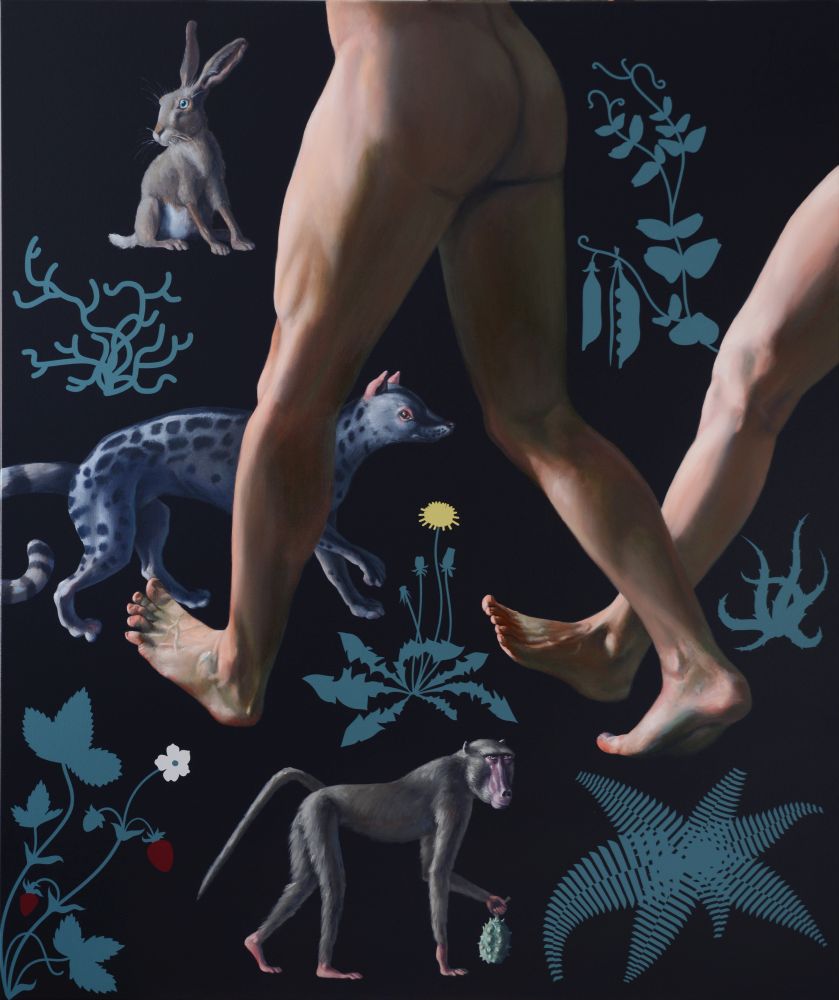 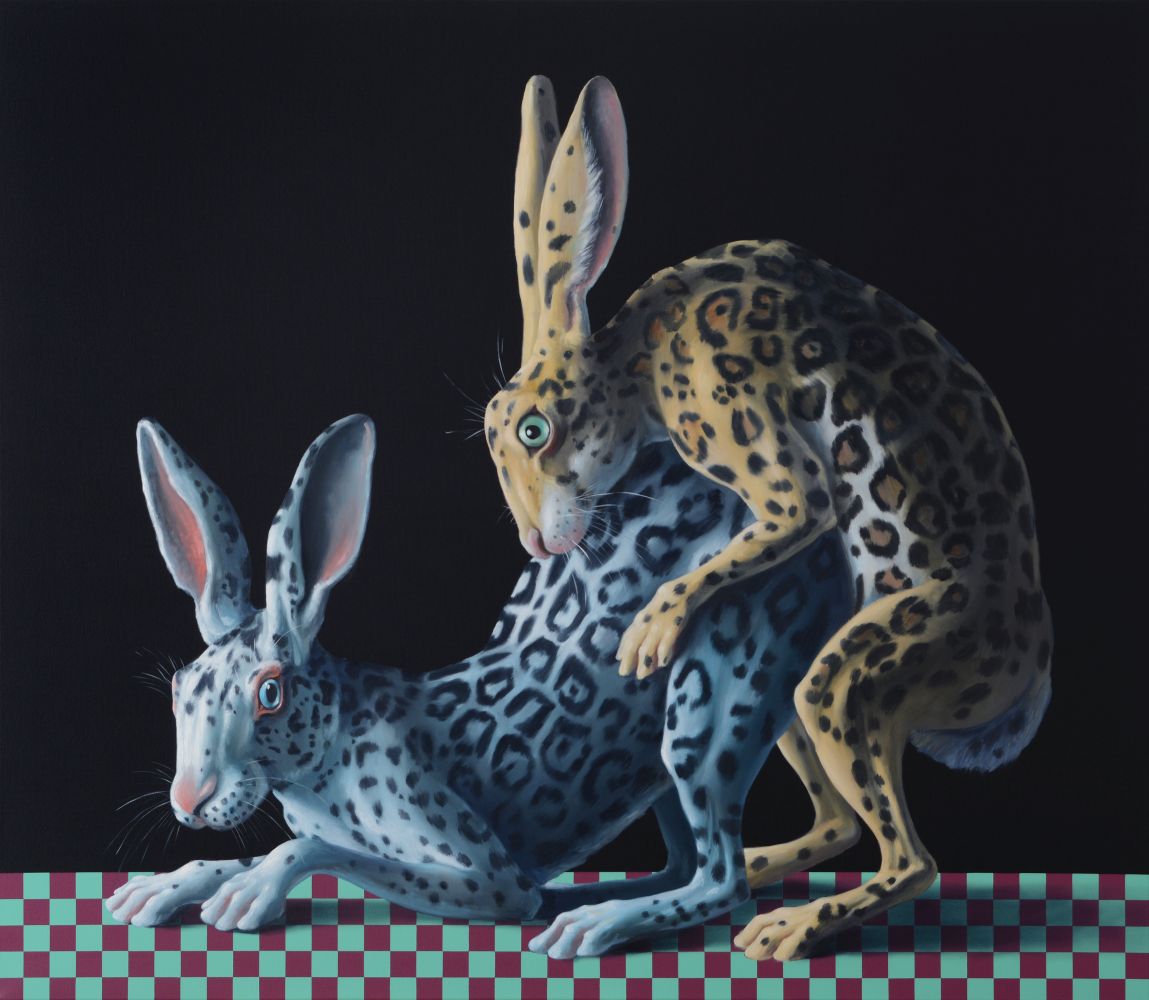