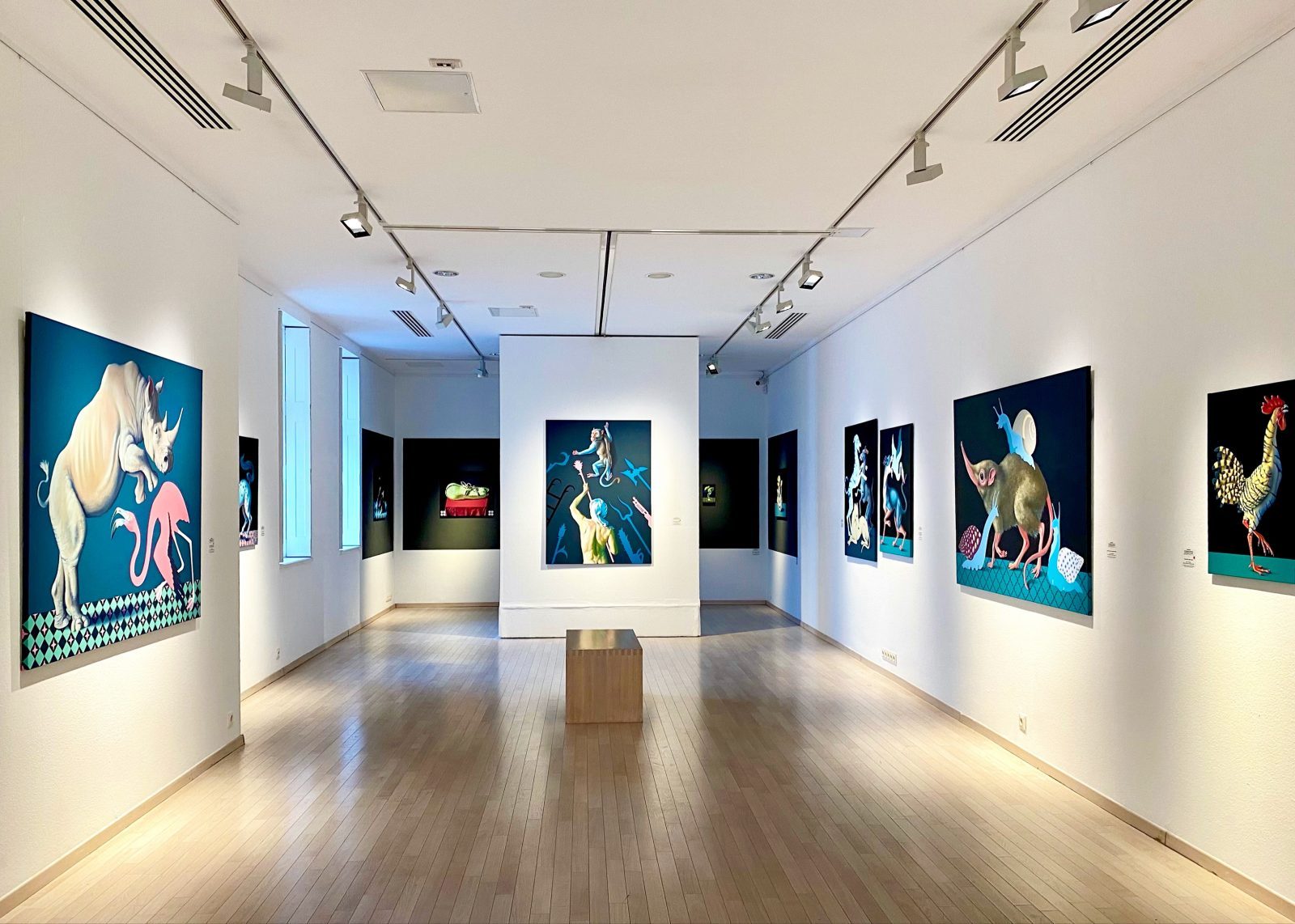 In line with current Coronavirus restrictions, visiting our current exhibitions is only allowed with an immunity card.

Máté Orr (b. Veszprém, 1985) graduated from the Hungarian University of Fine Arts’ Painting Department in 2011, an occasion immediately followed by his artistic debut in a series of Hungarian solo and group exhibitions. Orr’s paintings have been shown in several art fairs and exhibitions internationally, including Monaco, South-Korea, China, Germany, Slovakia and the United Kingdom.

Contrasts of the grotesque and harmonious, real and symbolic, naturalistically detailed and simplified are all to be found within his paintings. His scenes, emanating from a dark, homogenic background, have elements which reflect and draw upon paintings of the Dutch Golden Age, the hybrid characters of Hieronymus Bosch and the works of 20th. Century French Surrealists.

The new works depict natural motifs but, at the same time, they contradict our expectations of nature. In appearance, they evoke and recall paintings by 19th. Century animal painters, capturing the natural order, portraying both its beauty and its drama. In contrast, Máté Orr deliberately arranges these motifs in a way they can never appear as, for example, in a nature documentary. He aims to grasp that thin line where the depiction is credible but the subject is entirely out of the realms of any natural order. Not unlike a closely crafted description in a novel, he similarly employs detail to encourage close observation of these unexpected scenes. The use of complementary calm surfaces and balanced compositions contribute to this, giving to each painting a rhythm conducive to more prolonged study. This is a practice that is useful in every aspect of life: if we experience something that is unusual or surprising, let us spend time examining it before drawing a conclusion. 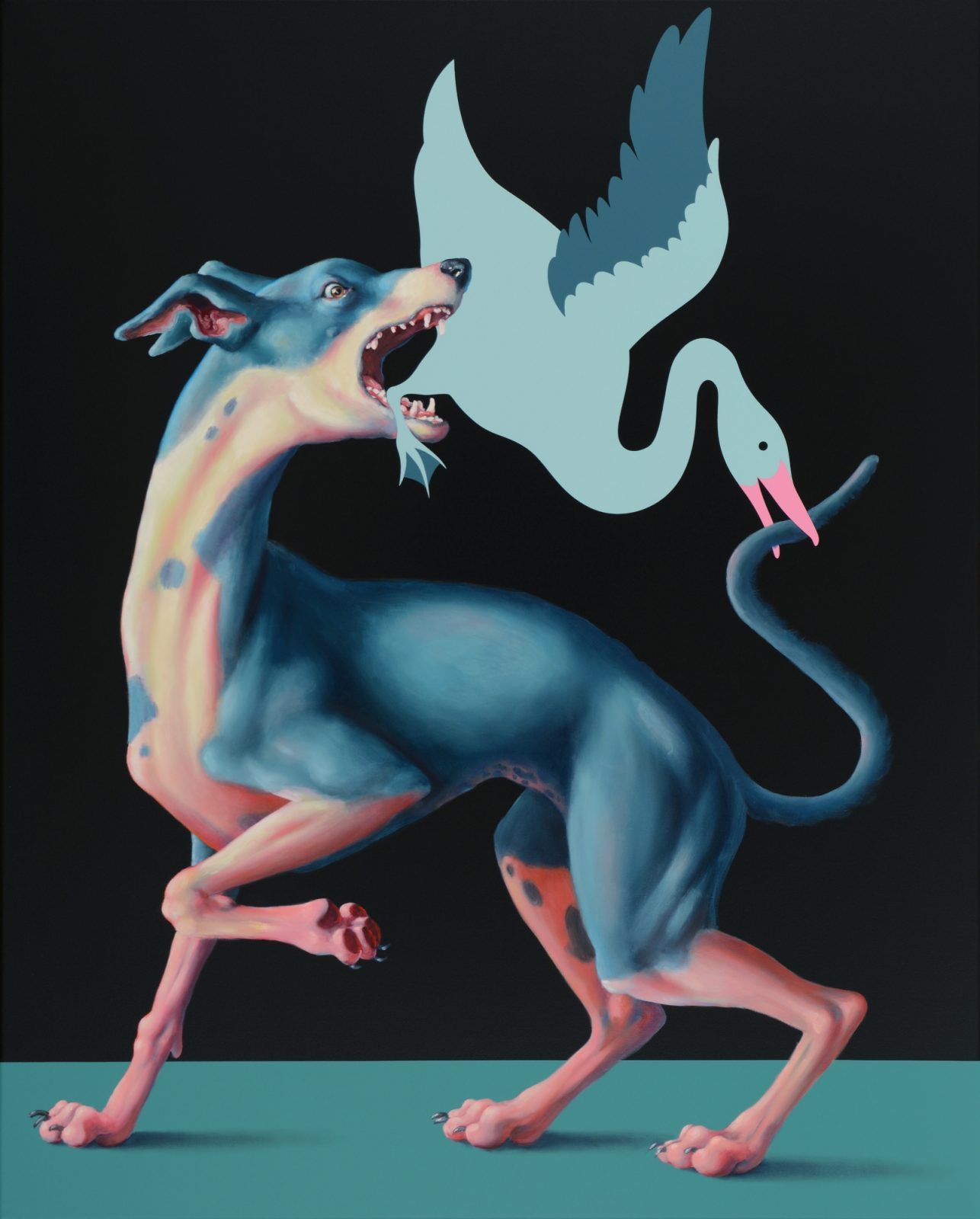 The Inevitability of Cause and Effect (The Agressive Duck)
2021 - 100x80 cm
oil, acrylic on canvas
In Private Collection 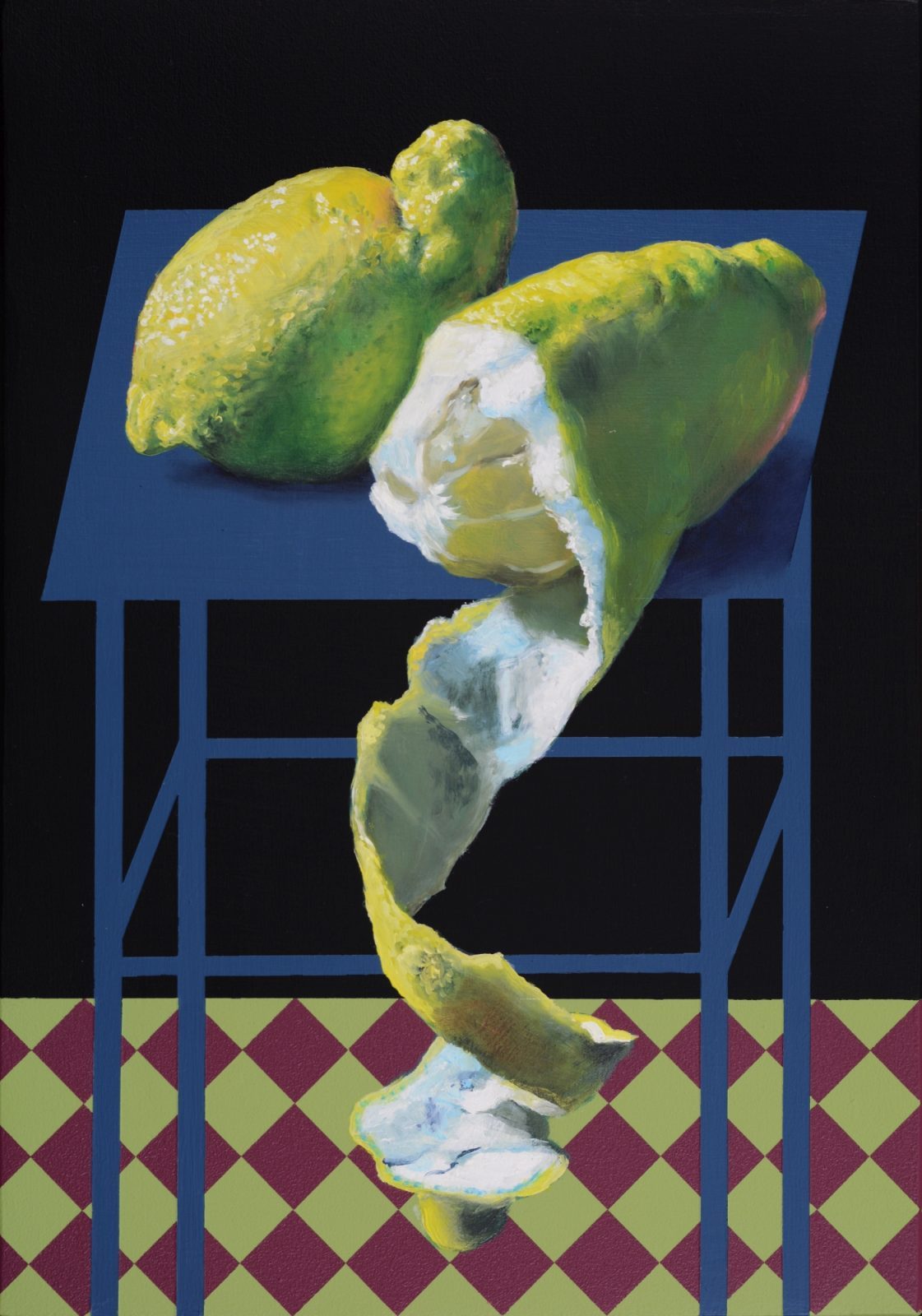 Either the Lemons Are Big or the Table Is Small
2021 - 24x17 cm
oil, acrylic on wood
In the Várfok Gallery 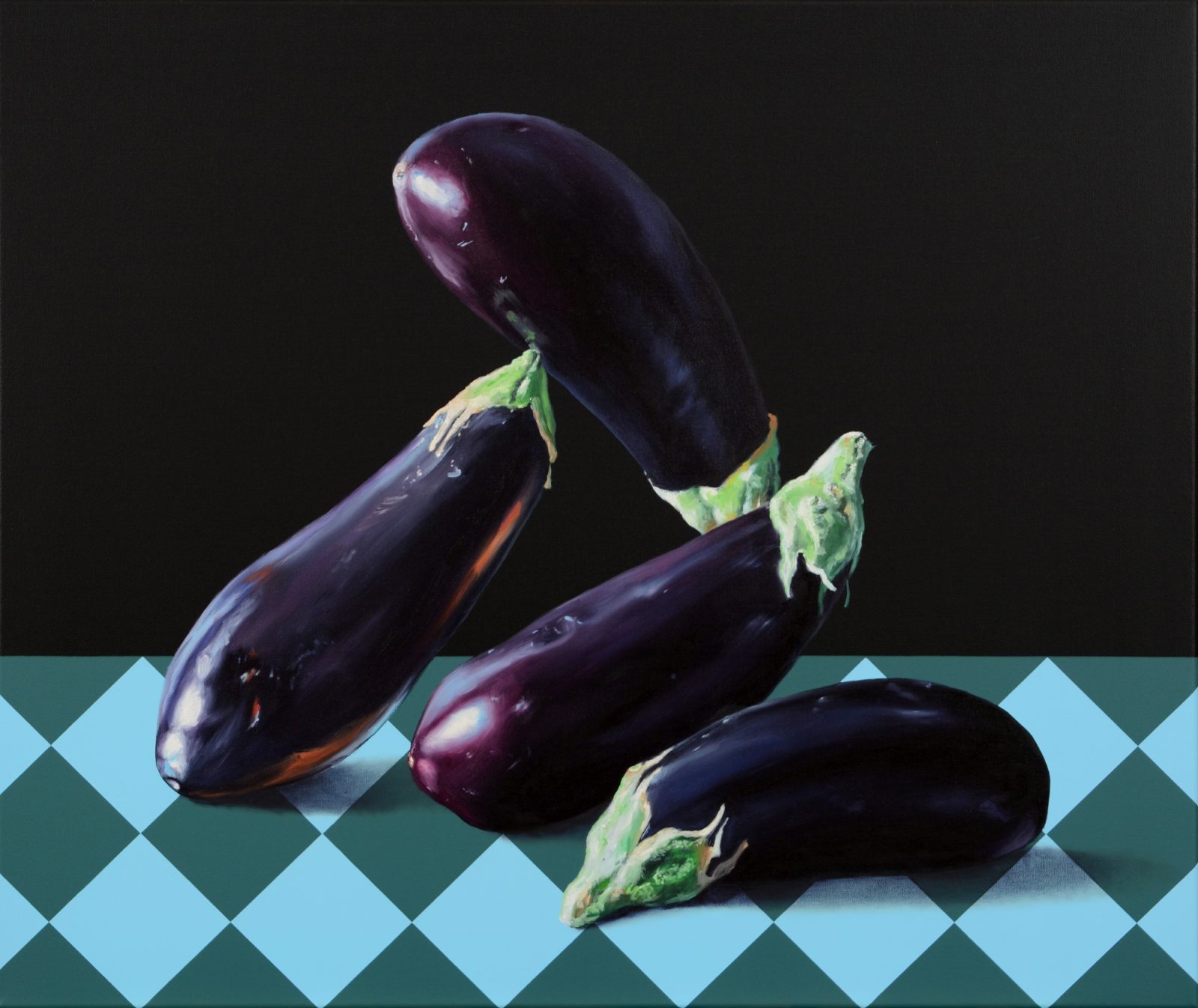 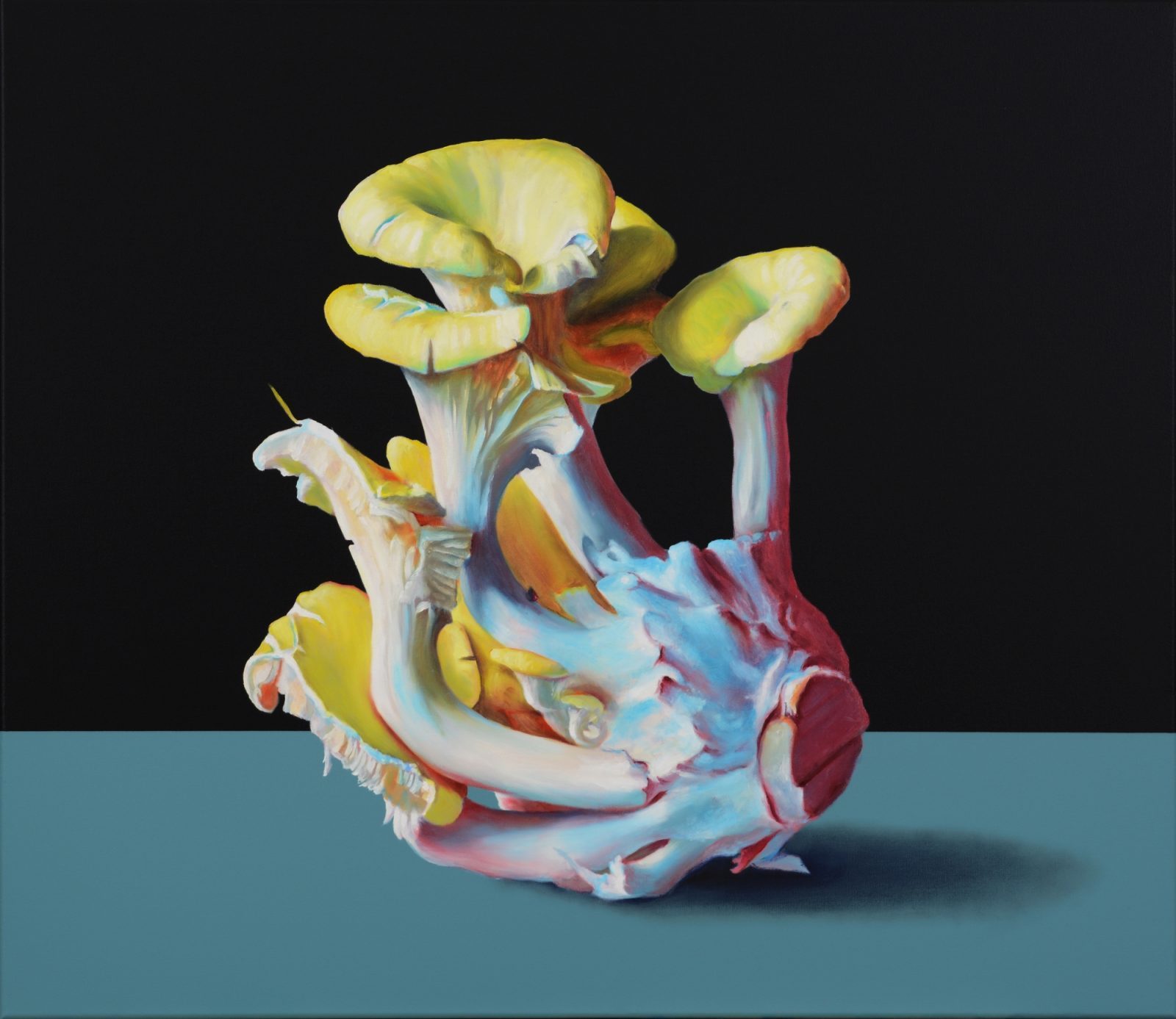 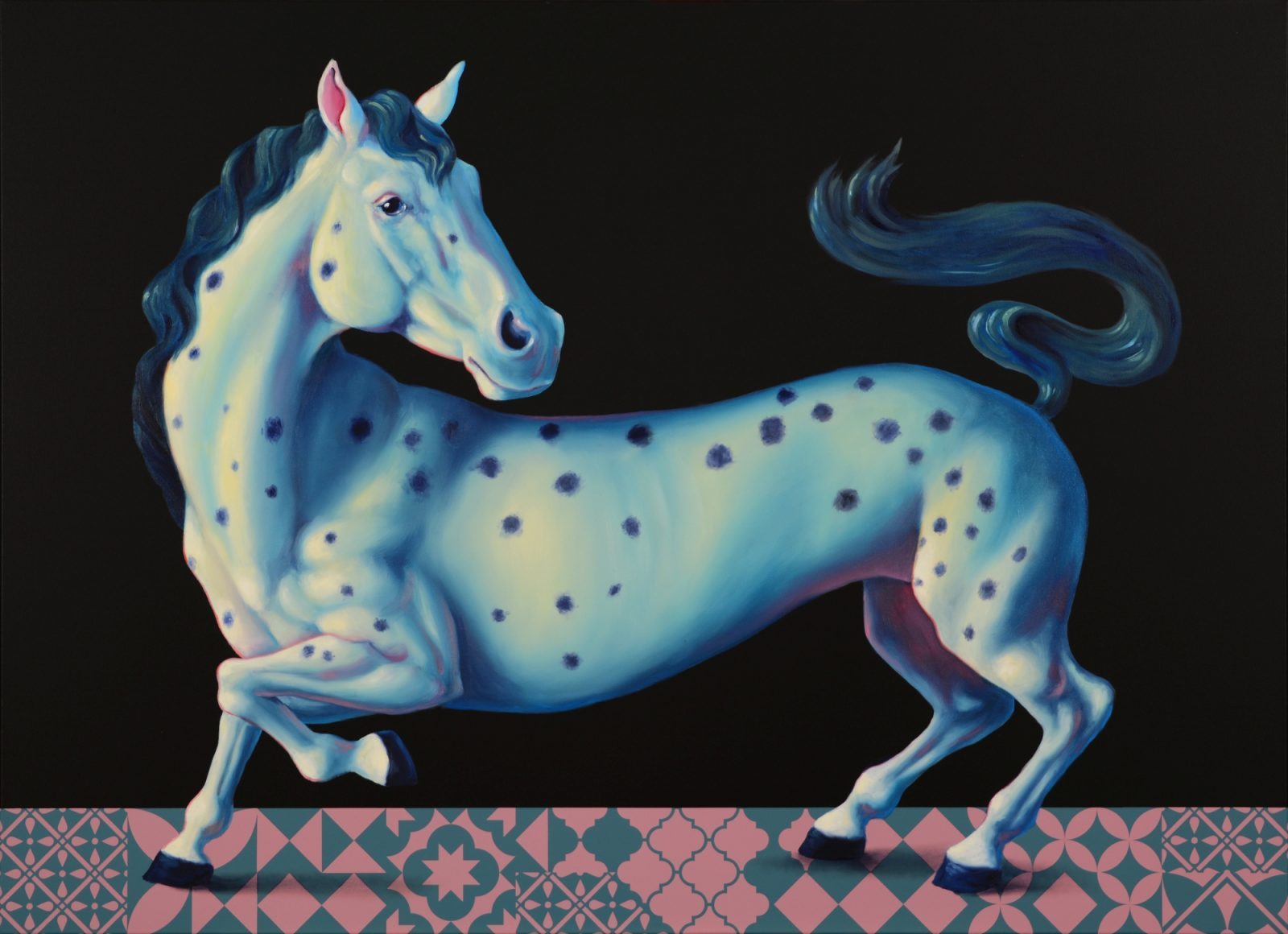 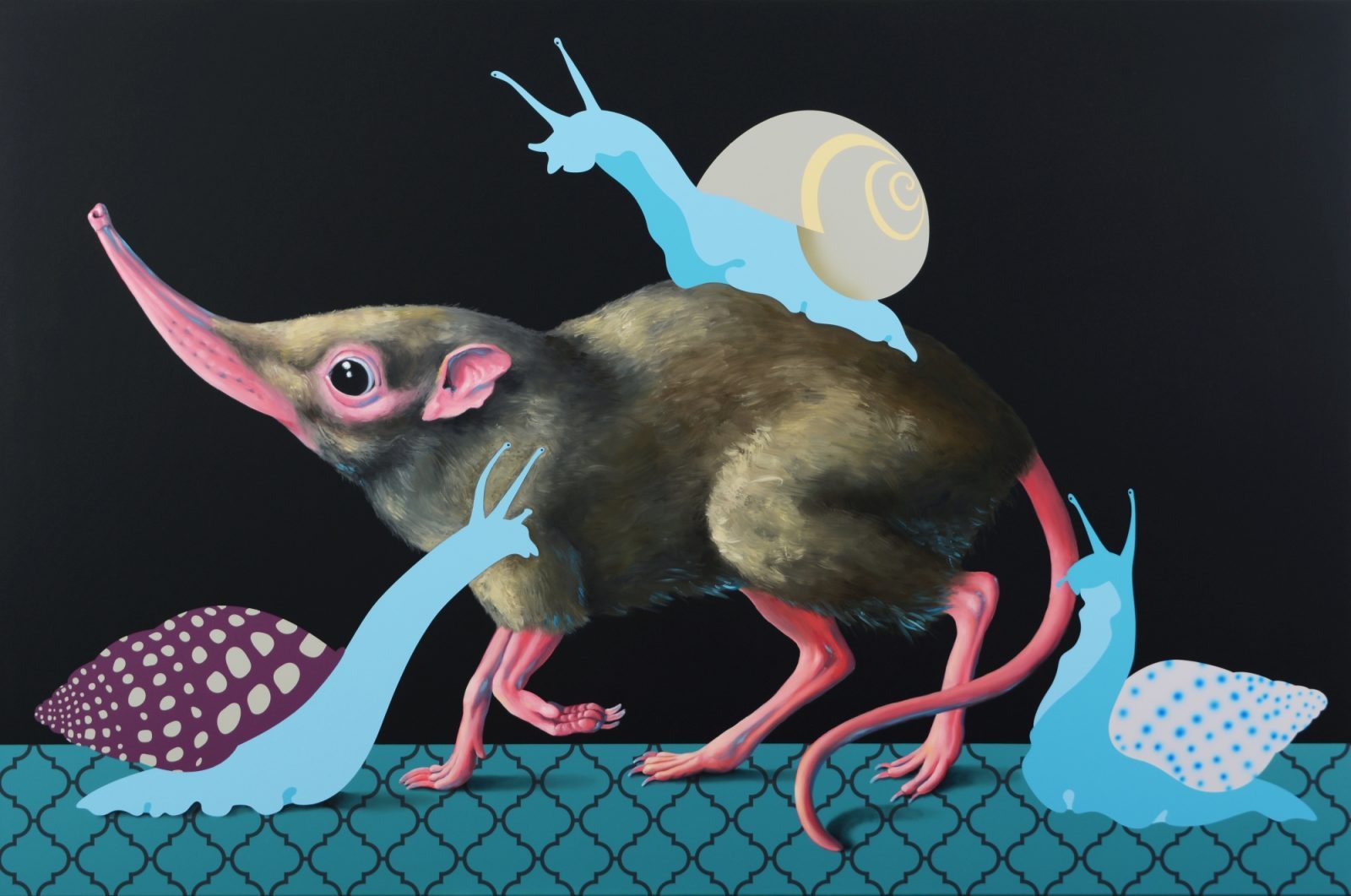 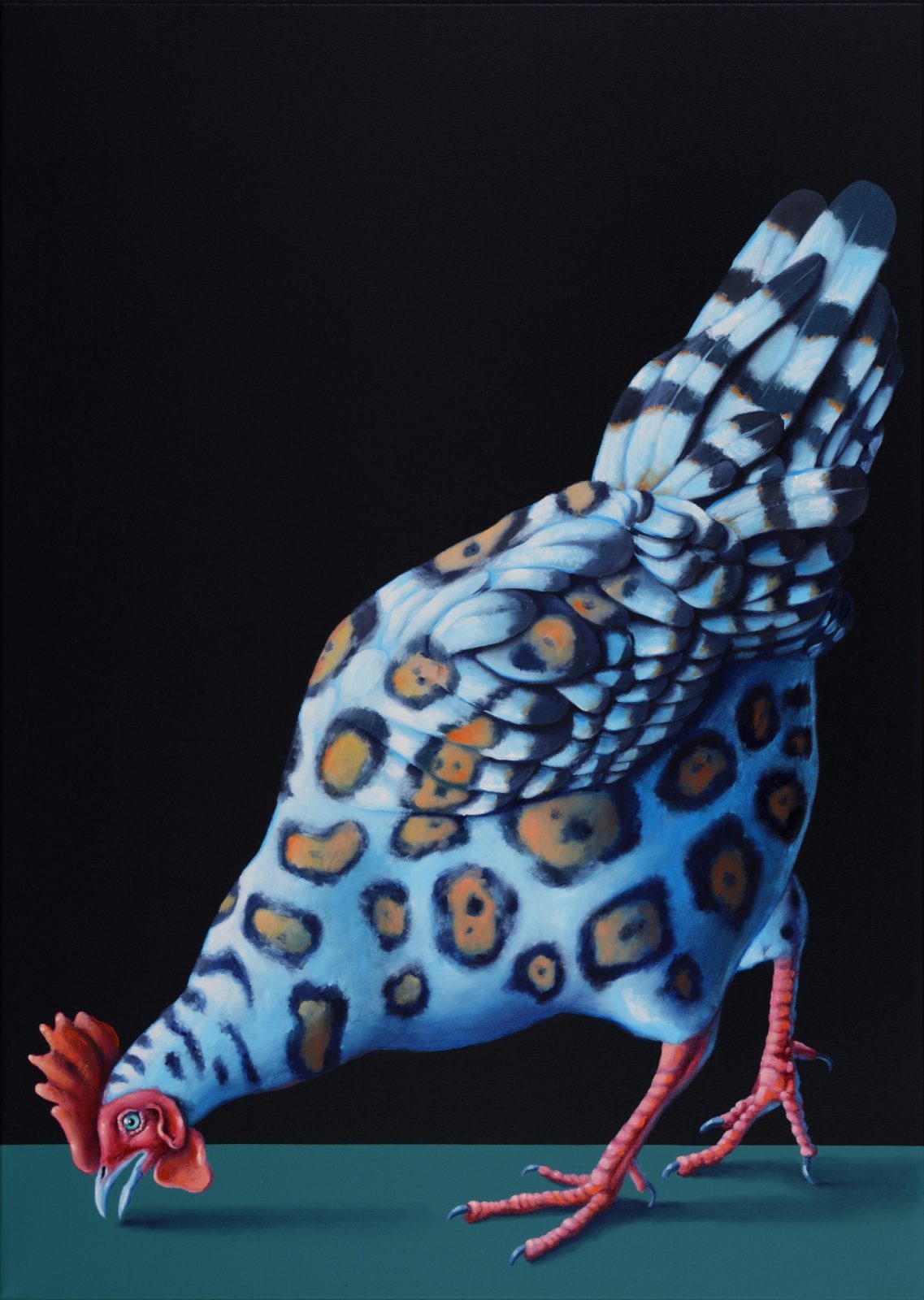 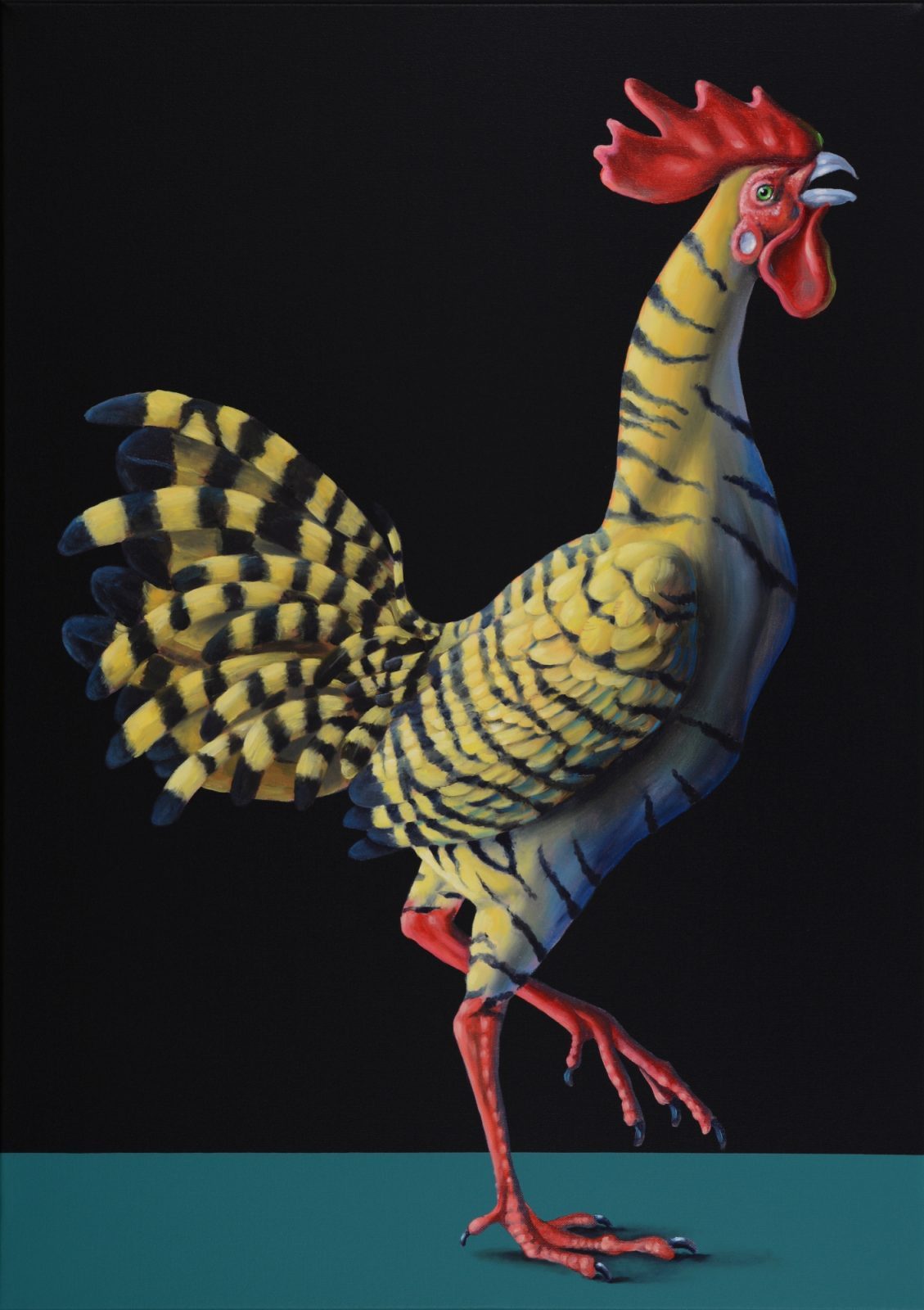 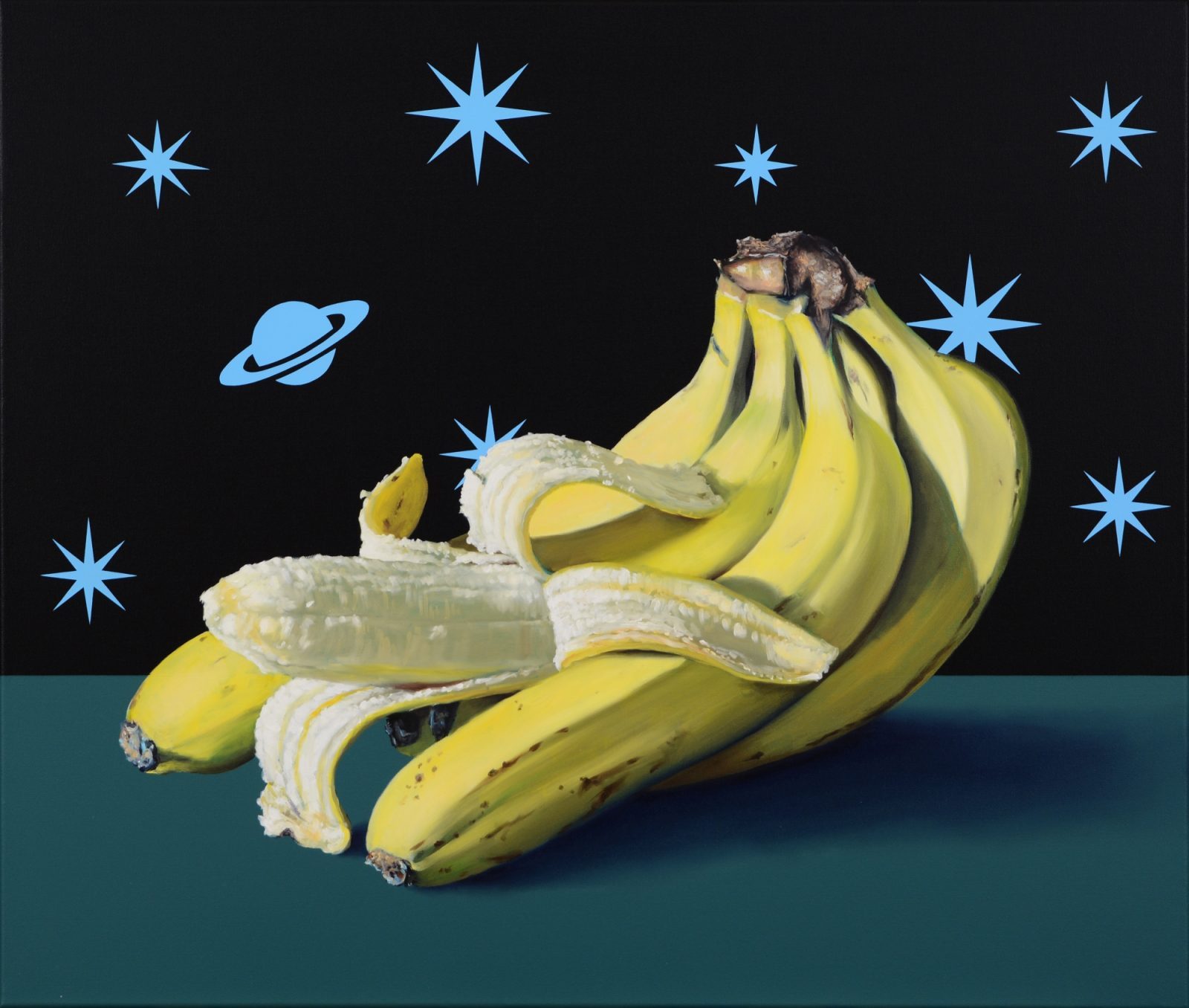 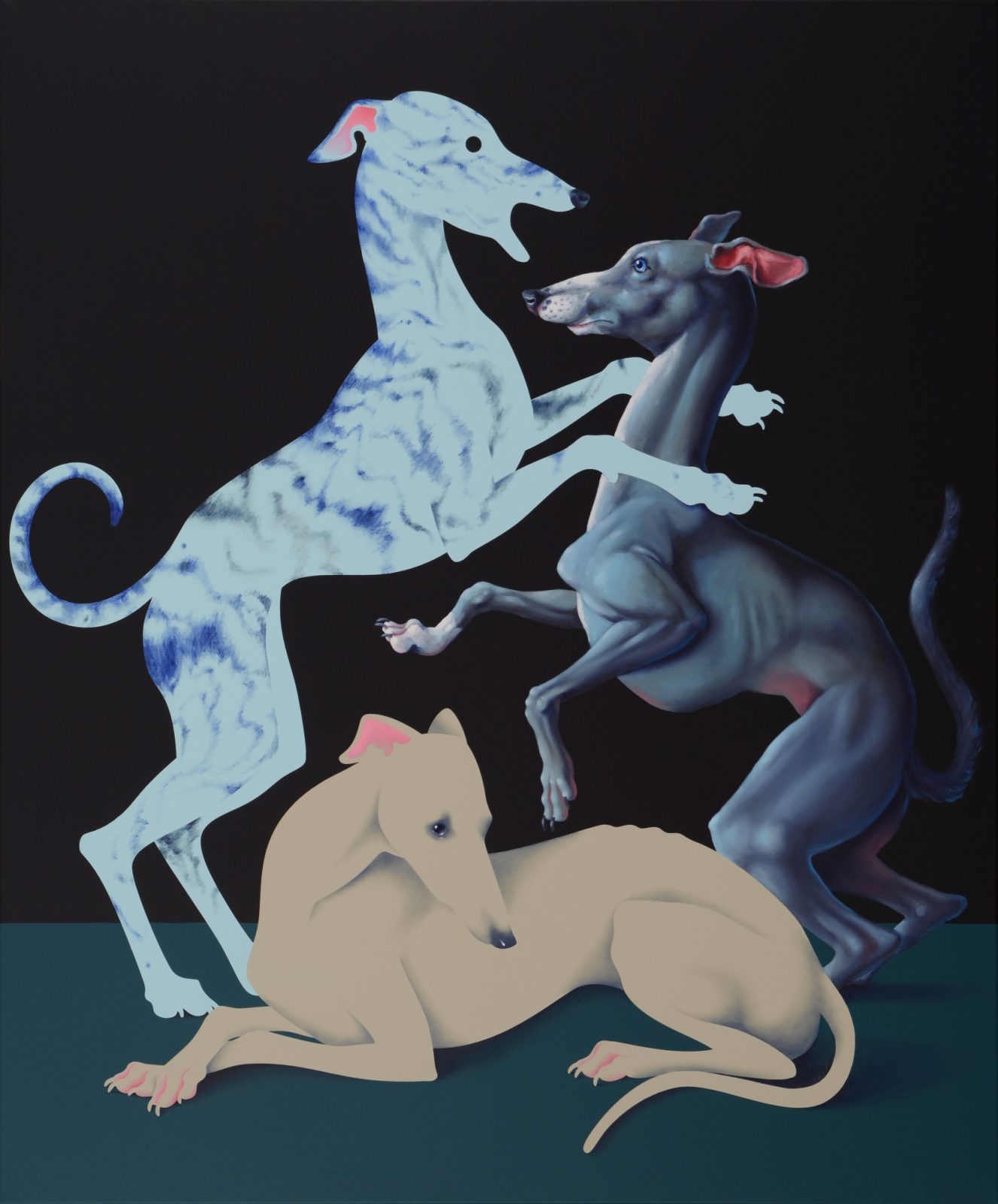 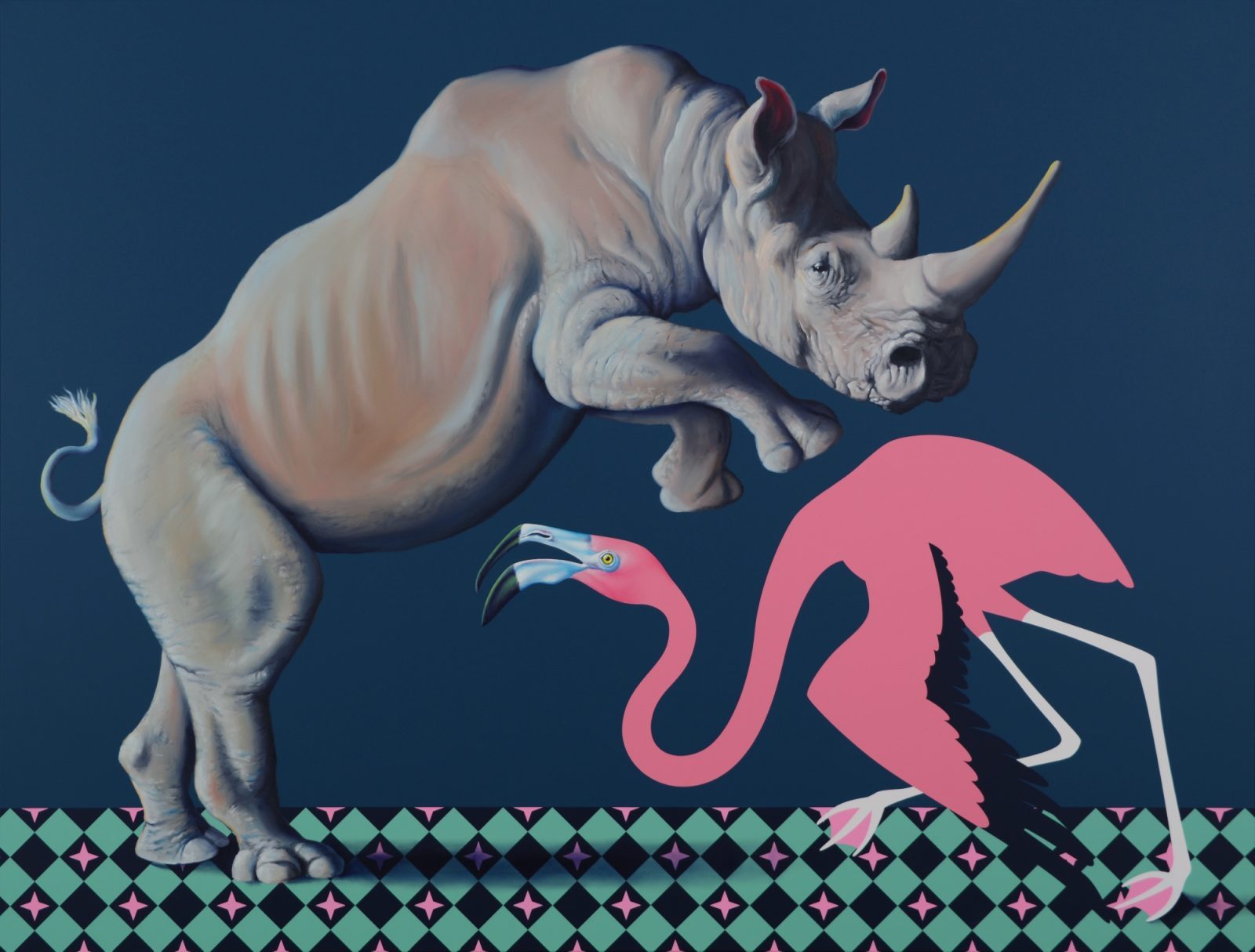 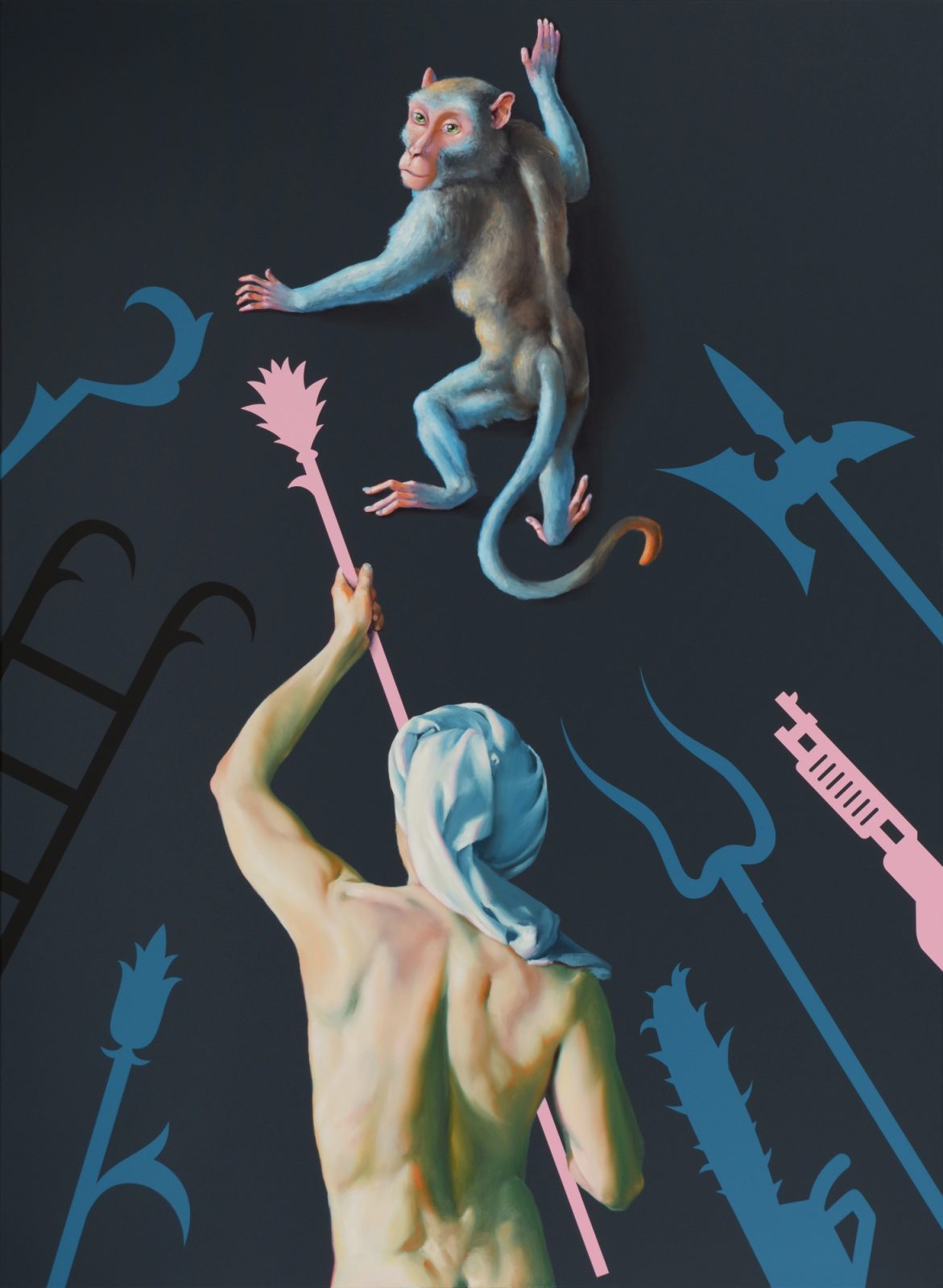 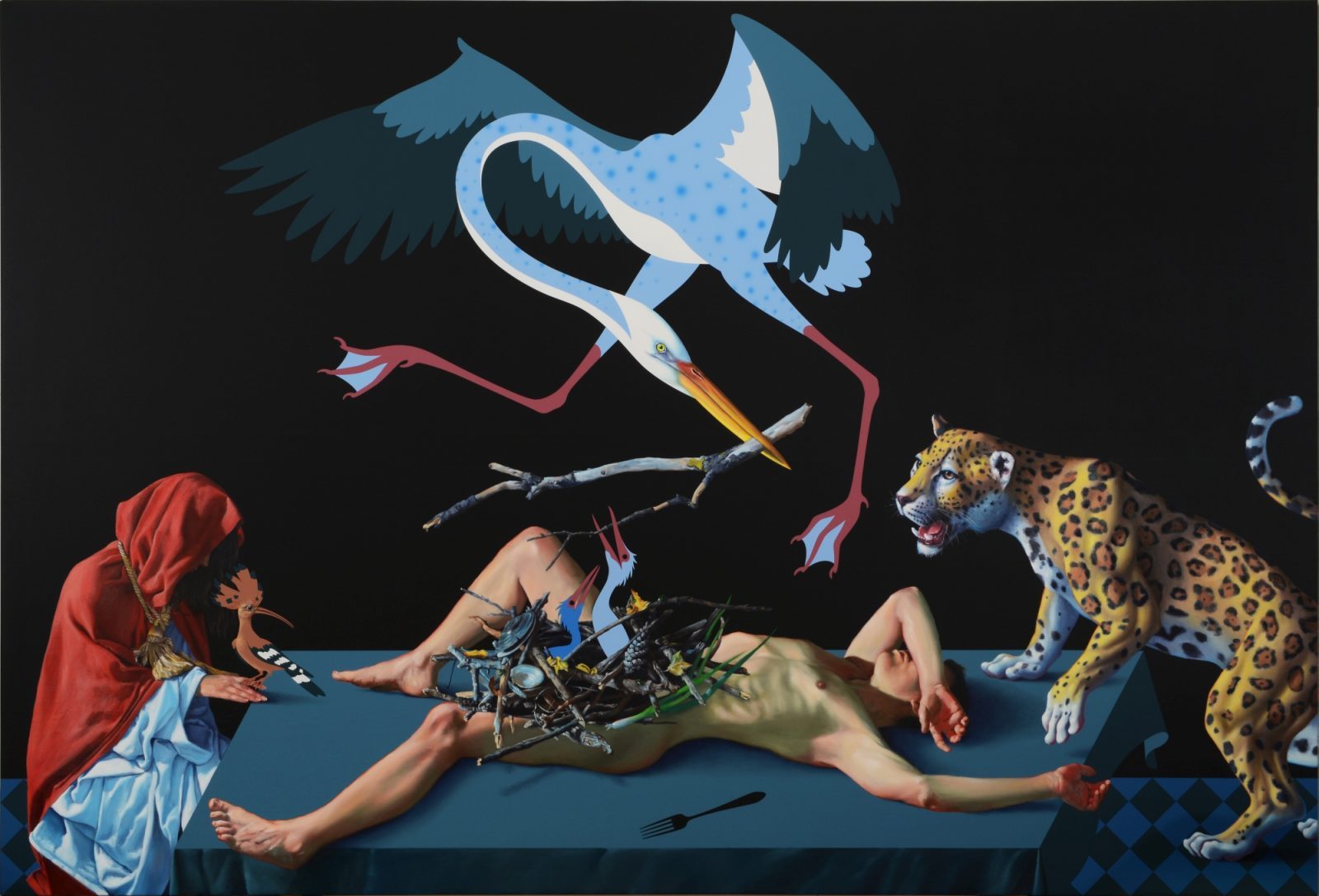