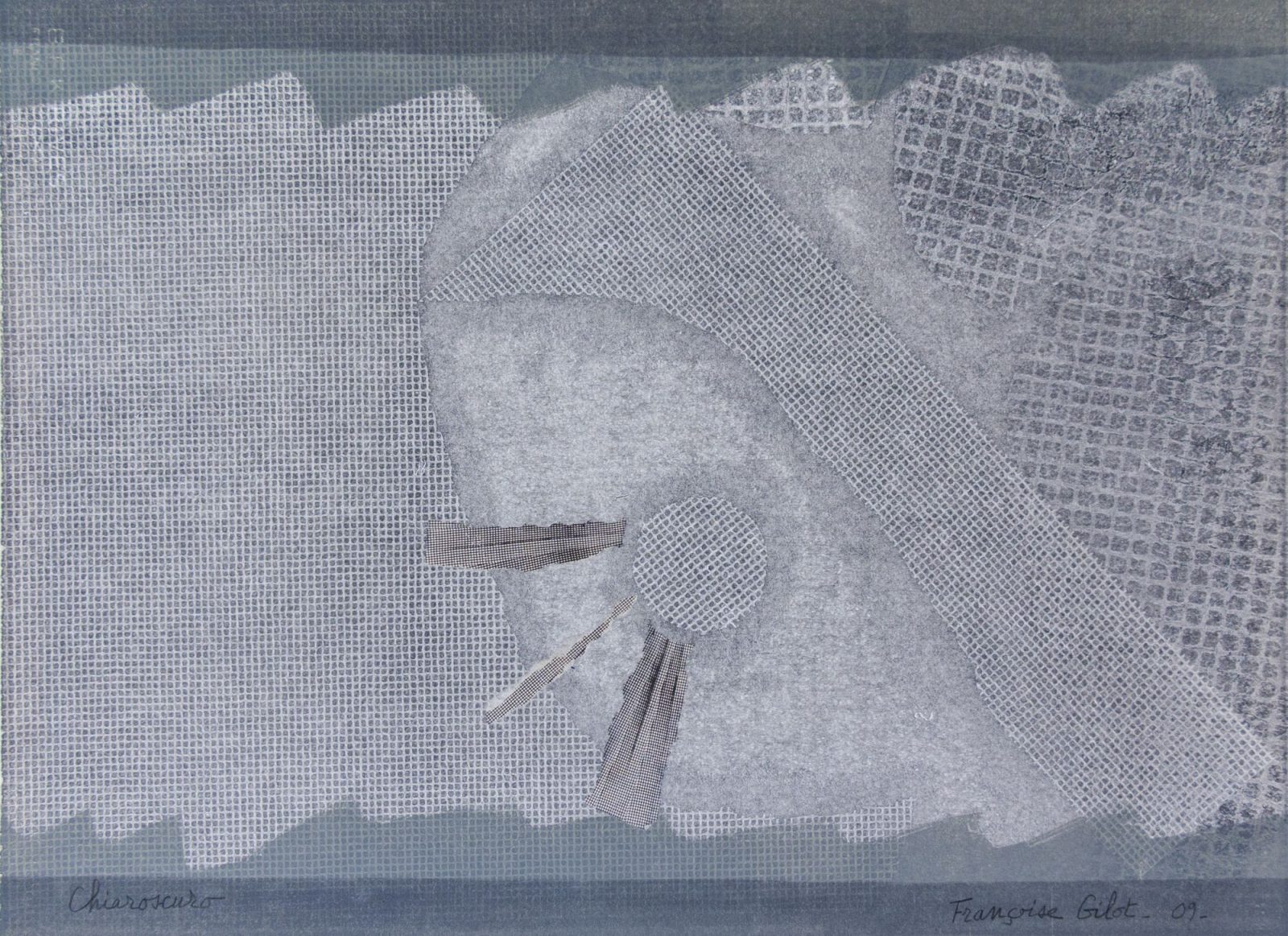 Monotype as a technique occupies a very important place in Gilot's oeuvre. Monotype is a graphic process that is not only attractive because of its method of production, but also because of the unique quality of the print, the reason why it is often considered to be similar to painting. Gilot created a new series of monotypes in January 2009 after having her interest sparked by the Edgar Degas exhibition at the Metropolitan Museum of Art in New York. Her work, ’Chiaroscuro’, is a fine example dating from this period. In this type of work, line is relegated to the background and thin layers of complete surfaces are superimposed one upon another. Gilot’s capacity to work at speed with the technical aspects of the process, allows for a creativity which is characterised by free association of ideas in what she describes as "the flow of consciousness". Gilot often organised her work according to themes suggested by their titles. ’Chiaroscuro’, an Italian term literally meaning light-dark, explores the bold relationships between shadow and light, referencing the use of woodblocks to create similar effects in the 16th Century. Her work has, perhaps, even more resonance with the 'plastic' light-dark contrasts achieving a sense of volume in the paintings of the great masters such as Caravaggio and Rembrandt. The rigour and order of the square grid is counterpointed by the shape of the circle and the irregular zigzag closure of the forms. The way in which the work is framed above and below by the motif of undulation is astonishing, giving the picture an emotional charge, making it organic and bringing it to life.