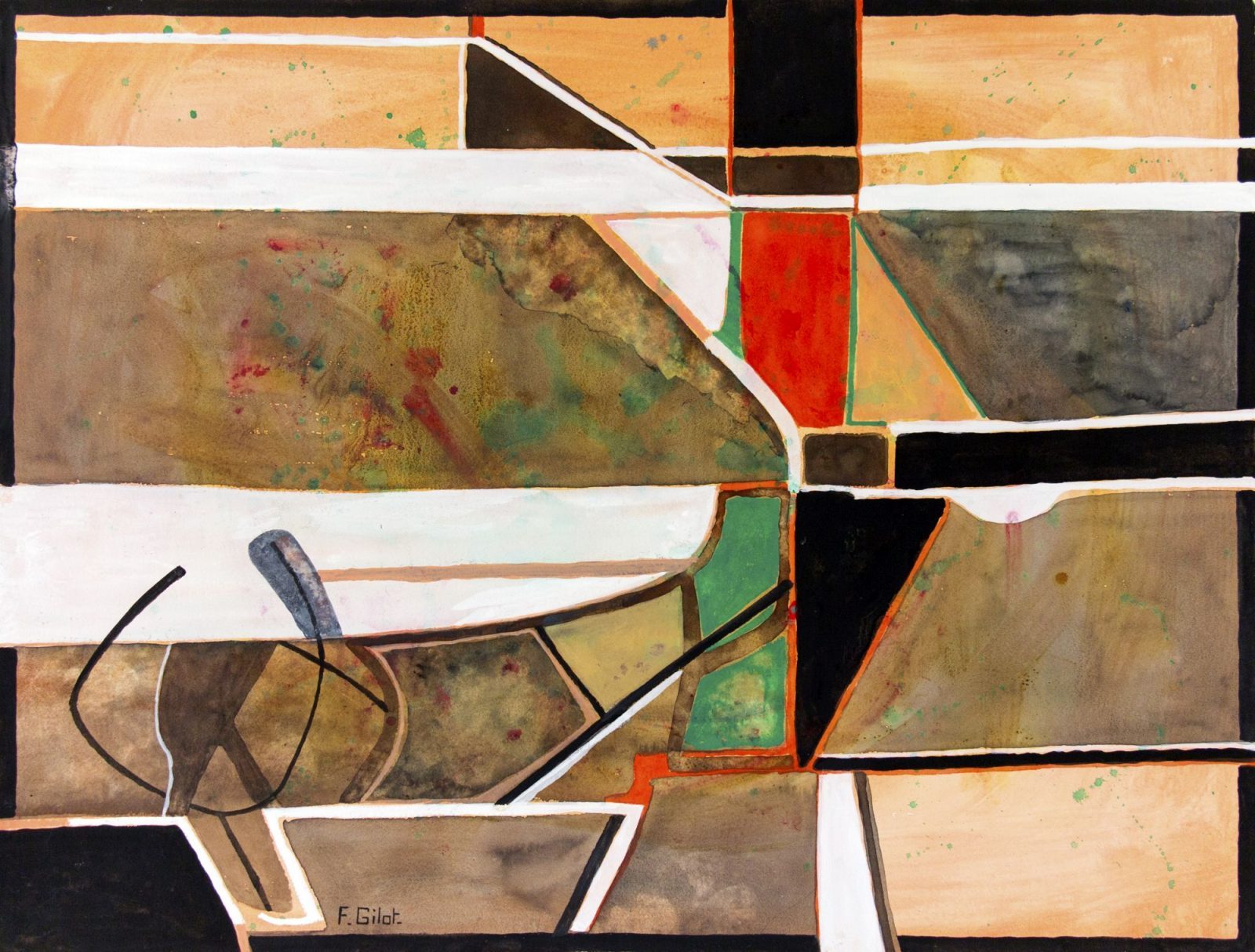 Françoise Gilot spent the summer of 1962 on a yacht hired from a friend who, with his son and three others, sailed the Aegean and the Greek islands, a trip defining the next period of her art. The study for a black sailing vessel is characterised by powerful articulation and strong lines, the warm reddish colours of the picture reminding us not only of the setting sun, but also the blue of the sea and the darkness of the night. The various abstract shapes evoke the details of a ship, such as the triangular sail, the dissected window line, or the hull itself, whilst the horizontal orientation of the image suggests the horizon. It is also important to note that one of Gilot's most important series, the ‘Labyrinth’ cycle of some 50 abstract paintings, was also created during this period, inspired by the same journey and by reflections on Greek mythology. It also marked the fulfilment of a turning point in her art, which sought to simplify the visible reality, the traces of which can be seen and felt in this work.