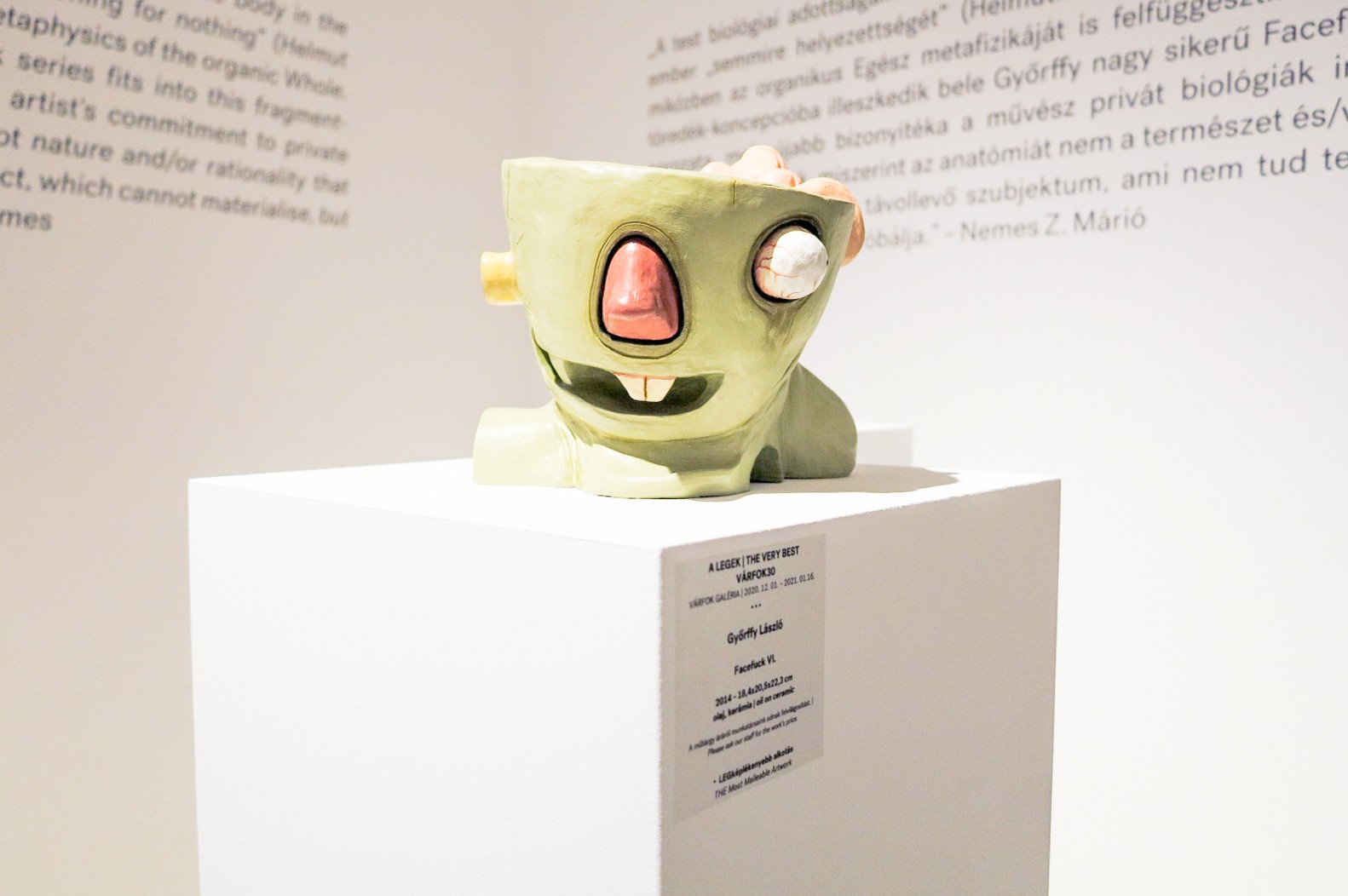 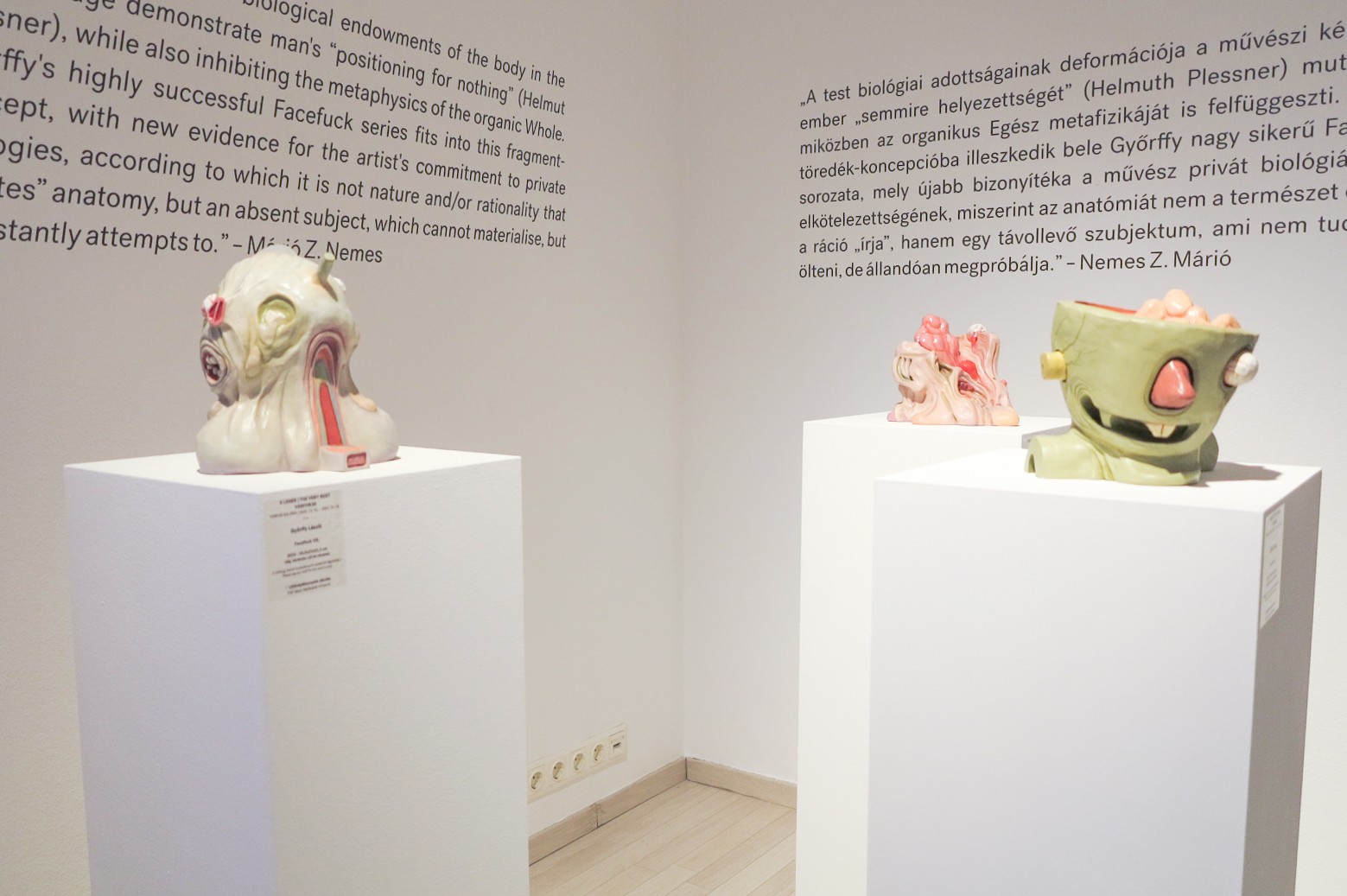 “The deformation of the biological endowments of the body in the artistic image demonstrate man’s “positioning for nothing” (Helmut Plessner), while also inhibiting the metaphysics of the organic Whole. Győrffy’s highly successful Facefuck series fits into this fragment-concept, with new evidence for the artist’s commitment to private biologies, according to which it is not nature and/or rationality that “writes” anatomy, but an absent subject, which cannot materialise, but constantly attempts to.” – Márió Z. Nemes