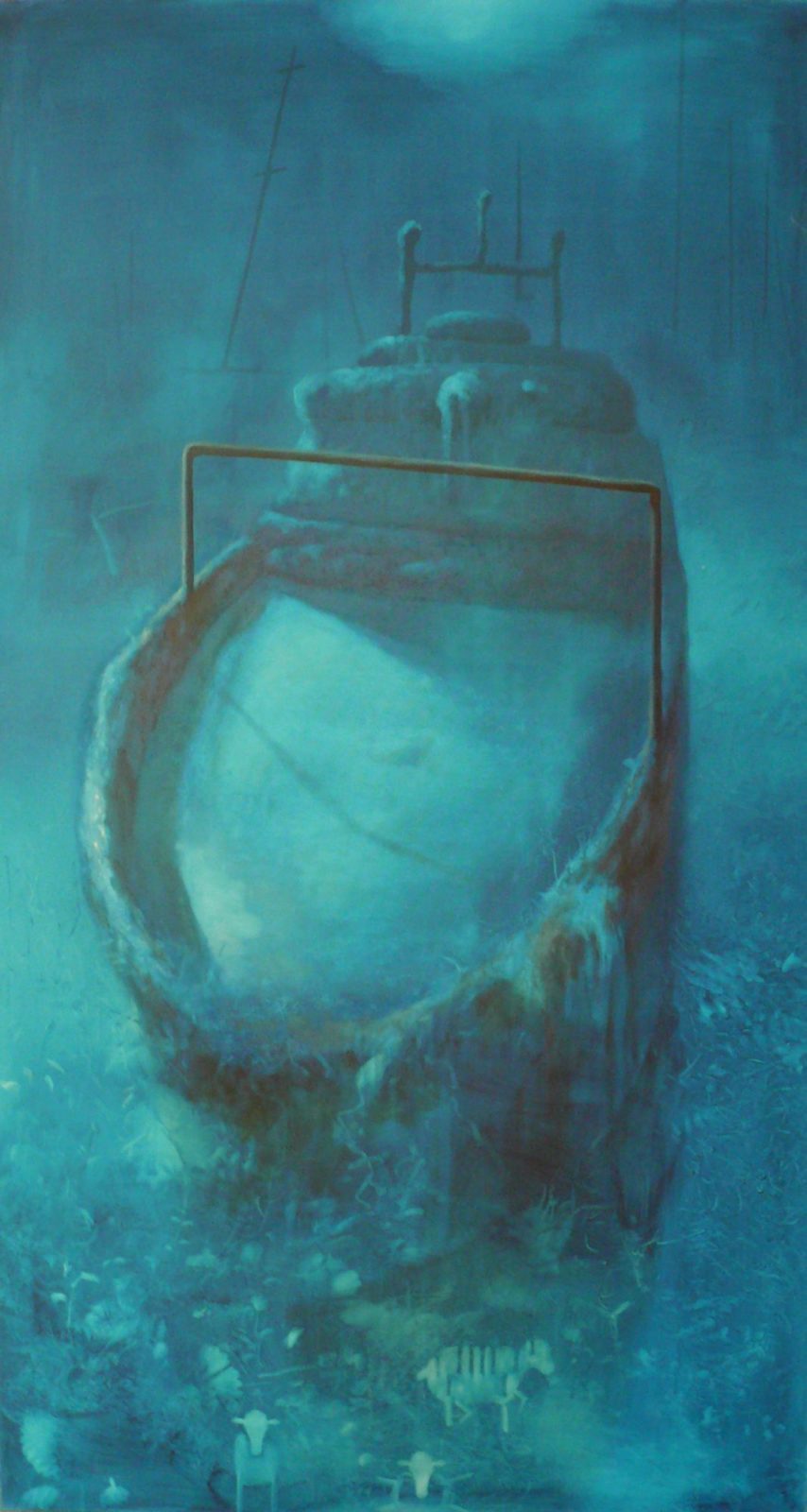 Levente Herman's [1976, Târgu Mures] unique world, his personal symbolism, his surreal yet real landscapes and the mysteries hidden in their details are all reflected in the painting ‘Water’ from his ‘Noah's Ark’ series. Herman, who is at home in the field of photorealism, occasionally moves away from reality and, with a particular flair for creating special light effects, evokes dreamlike scenes in his paintings. Although his works are figurative and contain elements of reality, water is symbolic within Herman's visual language, and is integrated into the mood and semantic system of the works. Herman’s vision of the world strives for unity, the pillars of which are Man’s relationship with Nature and the possibility of experiencing a universal wholeness imbued with sacrality on earth. The shipwreck within the painting ‘Water’ signifies the eternity of vanished worlds, the omnipotence of the invisible and inexorable force of Nature and an unidentifiable time. The title, ‘Noah's Ark - Water’, is both evocative and surprising since, at first glance, the subject of the painting is a shipwreck lying on the seabed. However, a closer look reveals signs of living vegetation with plants around the boat, a lamb representing Christ and the resurrection itself. Thus, reality is given a transcendental quality. The smoky, veiled effect of the picture's neon, bluish sfumato and the human life that dwarfs the natural world evoke the painting of Caspar David Friedrich and German early Romanticism. Herman's art is also often compared with the film work of Andrei Tarkovsky where similar ideas are explored. The duality of life, in which the individual tries to move from the empirical, everyday world to pure transcendence, is a common feature of the art of Herman and Tarkovsky.