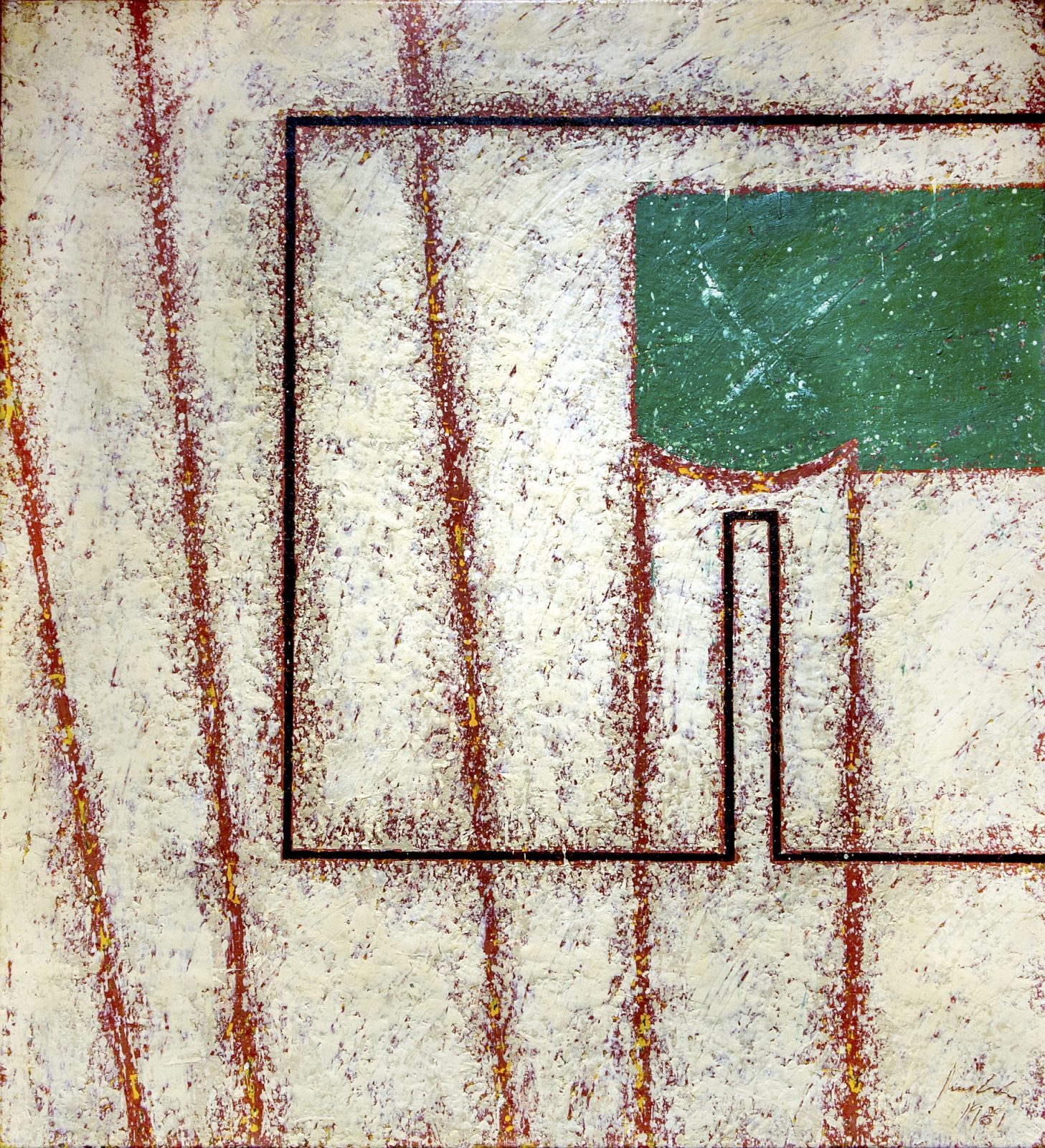 Encaustic is the technique of painting with hot, melted wax mixed with paint pigments and turpentine. After 1987, this extraordinary technique stood at the core of the art of László Mulasics (1954, Szepetnek/H – 2001, Feketebács/H). Used in Hellenistic Egypt to create mummy portraits, encaustic was gone into oblivion for centuries after its golden age, generally considered to be the time period between the 2nd century BC and the 4th century AD. In the 19th and 20th centuries, several artists attempted to revive the technique, such as Arnold Böcklin, James Ensor, Paul Klee and Jasper Johns. A remarkably complex craft, encaustic often includes splashing wax onto the canvas or smoothening it with a scraper-knife, easily reinterpreting the motifs of any artwork. Requiring exceptional craftsmanship, encaustic perfectly complemented Mulasics’s archaic approach to art at the beginning of the 1990s.