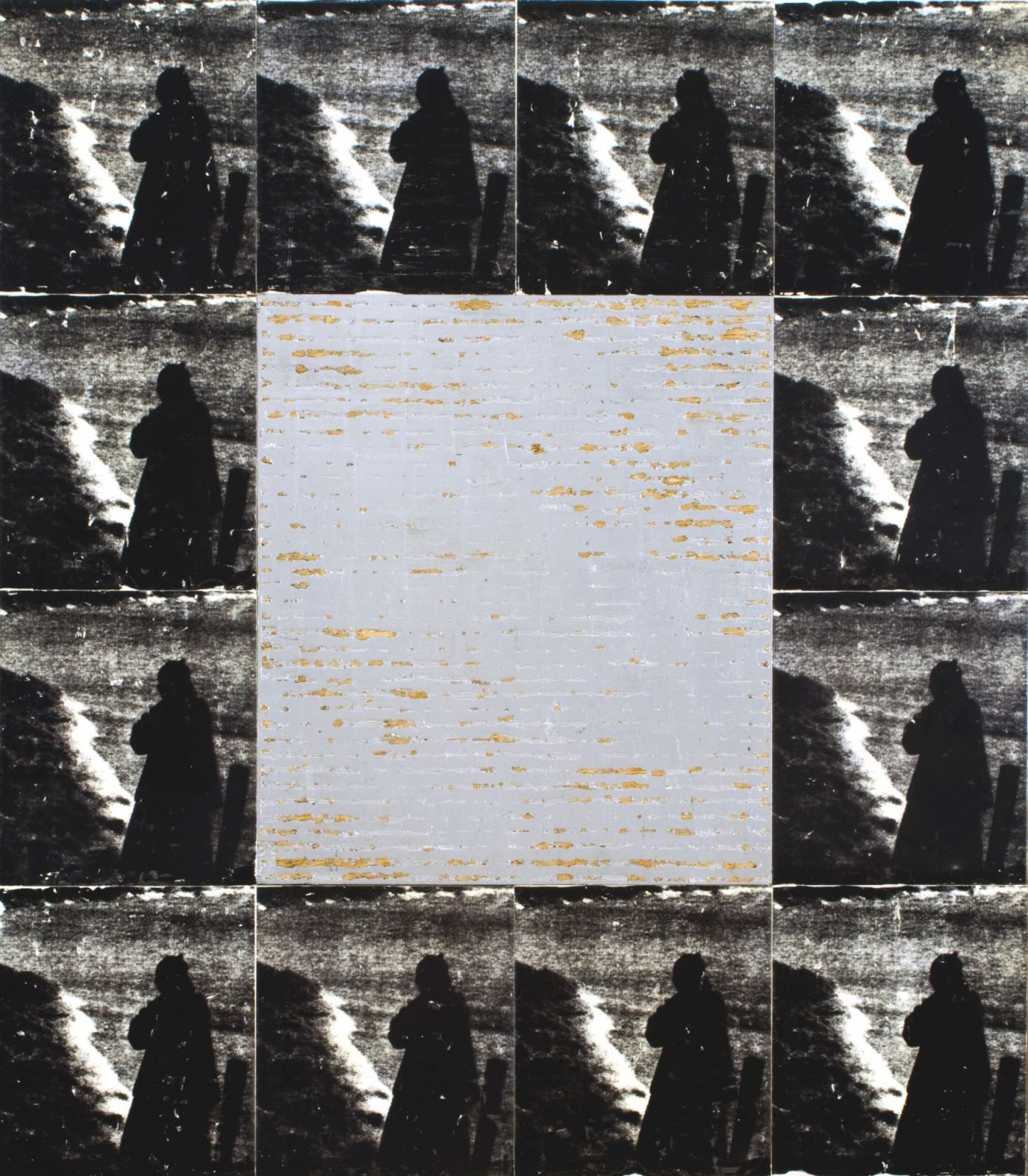 The phenomenon of tides and the absorbing dynamic of ripples with their power to arouse human emotions pervade one of the most complex series of László Mulasics [1954, Szepetnek - 2001, Feketebács], ‘Tidal Factor’. Exhibited are the final two panels of a series of four. The central motif of this monumental series of iron and wood panels is a silkscreen print of an old photograph showing a man standing on the pier of Hangzhou Bay. The figure is shrouded in darkness, his features cannot be seen, only the sea shining behind him. The white swells of the waves crashing ashore seem to be illuminated by the moonlit sky, and this silvery glow is enhanced by the composition's richly covered sections of thin silver foil. The photographic image is constantly reproduced, becoming a repetitive ornament and adding to the power of the undulation, a motif that returns in several places in a more abstract form. The figure of the man is subtly prominent even beneath the silver surfaces, which at first sight seem homogeneous. From his contours and the droplets that fill the space around him, it is clear that an encaustic medium is hidden beneath the surface. Mulasics became a master of the encaustic method of painting, an ancient technique in which pigments are combined with heated liquid wax to create a timeless material. The ‘Tidal Factor’ series brings us closer to an understanding of Mulasics' infinitely complex art, where the harmony of order and sensuality prevails within the elaborate surfaces. Mulasics died at a tragically young age. His art was like that of an alchemist where, under his hands, different materials came to life. In his paintings, the objects of the material world transcend to become present and alive on the performance stage of the wax.