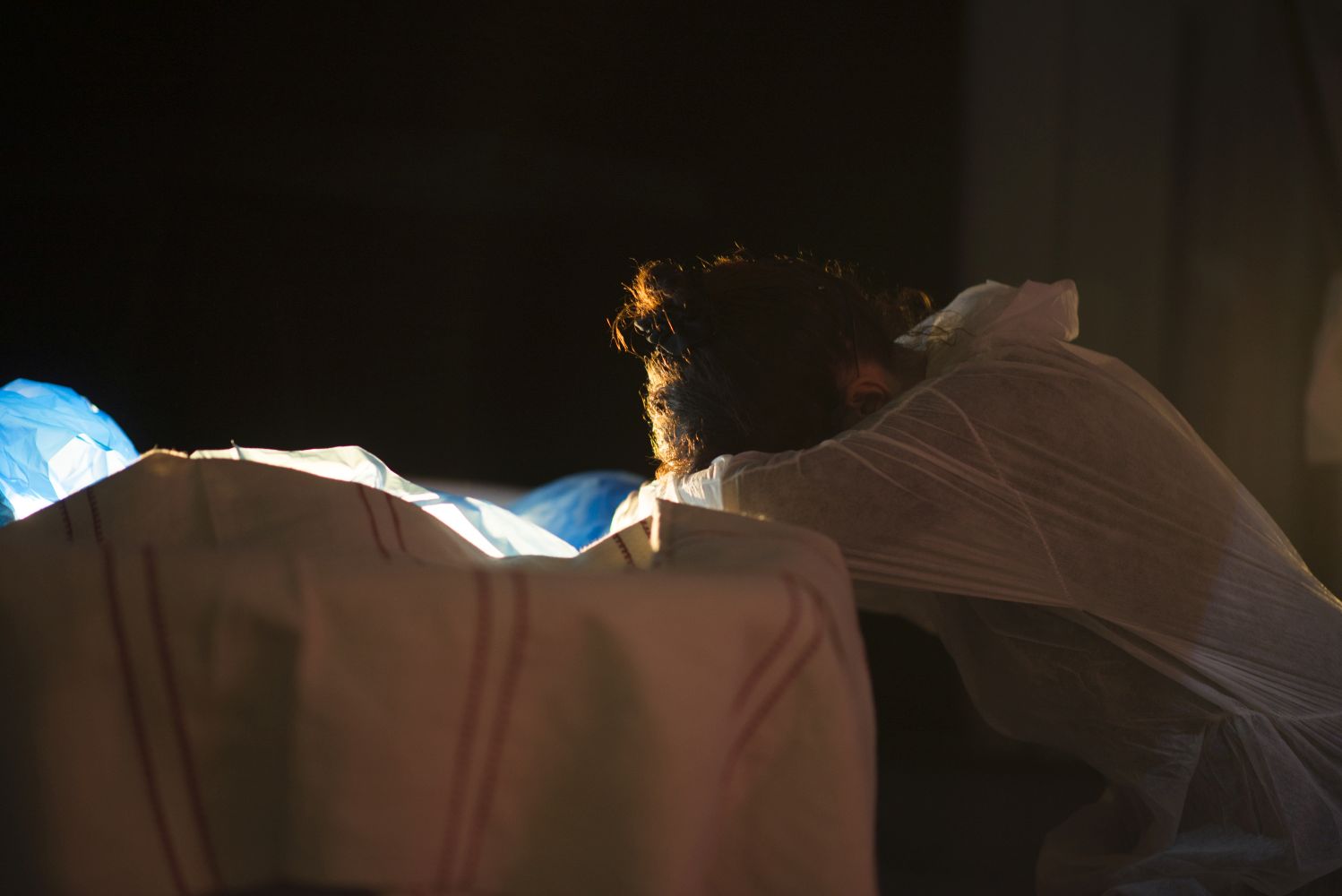 The Péter Korniss exhibition in Rome is the inspiration for the recent performance of the poet and sound performer, Kinga Tóth, in Graz!

Kinga Tóth, Attila Hazai Prize-winning poet, sound performer and visual artist, is currently working in Graz as a literary-art scholar and making a series of performances at the request of the Austrian FORUM STADTPARK Art Centre.

The Várfok Gallery has been delighted to learn that the inspiration for this series is the exhibition of the Gallery’s artist, photographer Péter Korniss, at the Museo di Roma in Trastevere in Rome, which Kinga Tóth has seen personally. On her return to Graz, the performance entitled ‘Transit’ was born, which included installation, text, sound and music, all reflecting on the work of Péter Korniss which portrays the lives of commuter women from Sic and the transformation of women’s roles, in contemporary society.

Korniss’s exhibition, entitled ‘Transition’, is dedicated to the central motif of his life work, namely the disappearance of traditional peasant culture in Eastern Europe. From his first photographs of the Transylvanian village, Sic, in 1967, to the most recent, somewhat conceptual series, ‘Guest Worker Women in Budapest’ (2014-2017), this rich selection of his emblematic photographs present the irreversible changes and signs of globalisation which have impacted on both family life and community culture in countryside villages.

The Péter Korniss exhibition is organised by the Museo di Roma in Trastevere in collaboration with the Accademia d’Ungheria in Roma and the Várfok Gallery in Budapest. Curator: Krisztina Kovács, Art Historian, Director of the Várfok Gallery.