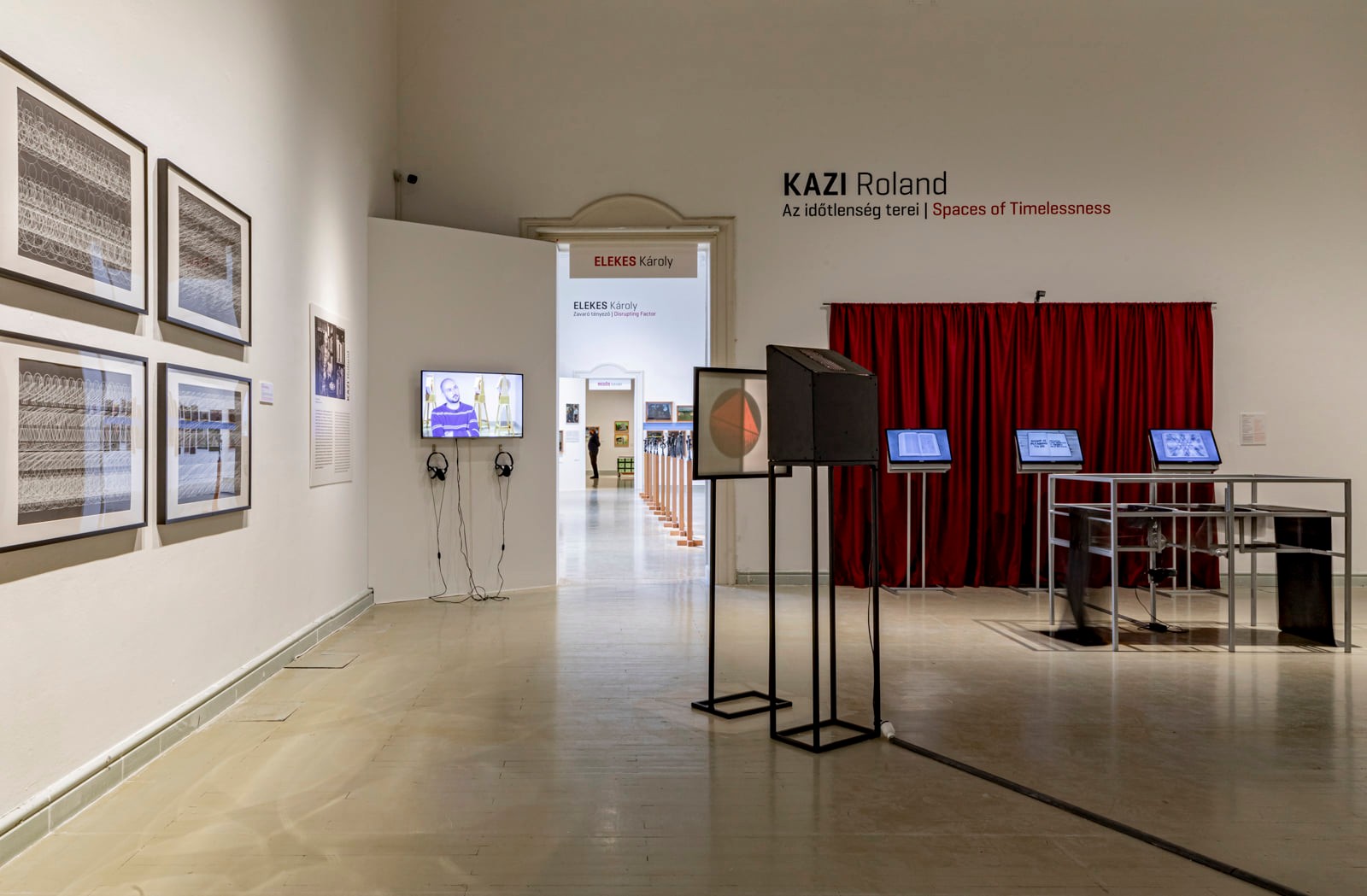 “The Library is a sphere whose consummate centre is any hexagon, and whose circumference is inaccessible.”

For thousands of years, humanity has been concerned with the problems of space and time, subjective memory, the processes of the perception of reality and the theory of infinity. It is almost inevitable that anyone who looks up at the sky or is confronted with the countless wonders that the universe and our planet offer will seek answers to the eternal dilemmas of existence. Primitive peoples have responded to the phenomena of our world with various superstitions and beliefs. Complex philosophical systems have been built around the same questions, and many scientific or quantum mechanical answers have been given. Ever since antiquity and until the present day thinkers have come up with new theories – theories that were subsequently either proved or disproved. The dilemmas of ordinary people, scientists, writers, poets and artists are similar, but their answers are always formulated in different ways, through diverse channels of communication. Media artist Roland Kazi is interested in all of these approaches to an equal degree, and his research is as much concerned with the traditions and superstitions of his childhood village environment that linger on to the present day as with the latest scientific doctrines and various metaphysical trends. His works are about possible ways of perceiving reality, about the refutation of movement and progress, as well as of space and time, and about inverted systems and ways of thinking. His works reveal real movements in time and space that prove scientific assertions or demonstrate their impossibility. His oeuvre is characterised by constant change, evolution and scientific immersion in the subject. He creates kinetic works in space, which operate according to a unique temporal system and dynamism.

Kazi’s research originated from his childhood home in Kelebia, near the Serbian border. Moving to larger towns throughout his life, and eventually to Budapest, the artist has always tried to remain faithful to his homeland, sticking to traditions in order to reinterpret them collectively. As a student of media design at MOME, he increasingly felt the importance of returning to his roots, which was confirmed by his acquaintance with the work of Imre Bukta and the experience of the exhibition of Bukta’s work titled Another Hungary, held at the Kunsthalle, Budapest, in 2012. The folk customs of the border village are reflected in Kazi’s kinetic installations Hiedelemverkli / Superstition machine (2014), Váltott gyermek/ Changed Child (2015) and Kicsiny falum/My Little Village (2016), and in his video performances A vetés / The Sowing, Mitmitke / Nightmare Chicken and Reptetés /Flying) (2014). After researching the world of beliefs, he explored the history of early imaging systems and devices, as seen in his installation Axioms (2017). His interest then turned to a deeper exploration of philosophical systems and scientific theses in order to combine and process them in his works.

The ancient Greek philosophical view that the image created by the senses is misleading, that movement is merely an illusion became an important starting point for Kazi’s work. He is fascinated by the visual representation of Zeno’s paradoxes (Achilles and the tortoise, the thrown stone or the arrow paradox[1]), which are easily refuted in the practice of everyday life. Starting from the aporia of movement as illusion and from the questioning of time and space Kazi extended his research to literary texts. This is how the theories of Plato, St. Augustine, Gauss and Albert Einstein are juxtaposed with the essays of Jorge Luis Borges or the fiction novels Hotel Sapiens by Leena Krohn and The Plain Land by Edwin A. Abbott in his thinking. He created his kinetic installations, photo-based series drawing on the vast knowledge gained from these works.

In Twisting Space (2017) he explores Einstein’s theory of relativity, presenting an experiment as a further development of Newton’s theory of gravity. The modes of action of a metal ball placed on a latex material are revealed in relief works that model the space- and time-distorting impacts of our planet Earth. In the kinetic installation Continuous Present (2018), he continued his visual experiments on the same subject. The mechanics of the moving sculpture, modelled after tensile testing machines, permanently stretch the elastic black material in three directions of space, thus presenting itself as an interpretation of the past and future as an idea or illusion. The equipment of industrial, functionalist character symbolises the subject’s being present, expressing the only possibility of existence in the given moment, outside of which time does not exist. The kinetic work is complemented by a three-channel video installation and a burgundy curtain creating the illusion of concealing knowledge of the mysteries of the world. In the videos, we see visual interpretations of excerpts from Borges’ essays and Abbott’s short stories about time, space, infinity and memory.

The kinetic sculpture Mutoscopes for Platonic Solids (2019) brings an ancient type of imaging system to mind. Simple mechanical wooden structures spin images before the eye, from which the viewer sees the movement of an expanding and then contracting plane surface. As the cards rotate, we only perceive the successive moments in time, so that we see the solid as a planar section that never actually adds up in space. Kazi’s mutoscope, arguing in favour of Abbott’s writing[2], attempts to demonstrate what it is like to be deprived of an extra dimension, thus illustrating the relativity of perception and the subjectivity of perceptual processes.

Relative Positions (2021) is a series of photographs illustrating the possible movement of a bullet through the camera’s shifting viewpoint. The different forces that can be exerted on the ball can draw a variety of directions. The photographs were taken with a long shutter speed while the ball, the plate and the camera were moved and rotated, showing the trajectory of the phosphorescent steel ball in 12 seconds. By depicting the interdependent situations and ways of perceiving the subject, it seeks to demonstrate the coexistence of different perspectives.

Roland Kazi can make complex scientific theses or philosophical statements visually accessible. While immersion in the doctrines and texts behind the works can help to understand them better, they also offer an exciting experience by themselves. From the various approaches available, everyone can find a visually represented slice of science, literature or philosophy that they can take away with them as their own insight when they examine the works.

curator of the exhibition

[1] At any given moment, the fired arrow is located at a particular point in the air. If this moment has no temporal extent, then the arrow must be at rest, since it has ‘no time’ to move. Similarly, it will also be at rest in the subsequent moments, so the movement of the arrow is merely an illusion.

[2] The protagonist of Abott’s short story The Plain Land is the Square, who can perceive only the circle of the sphere that appears in the Plain Land. 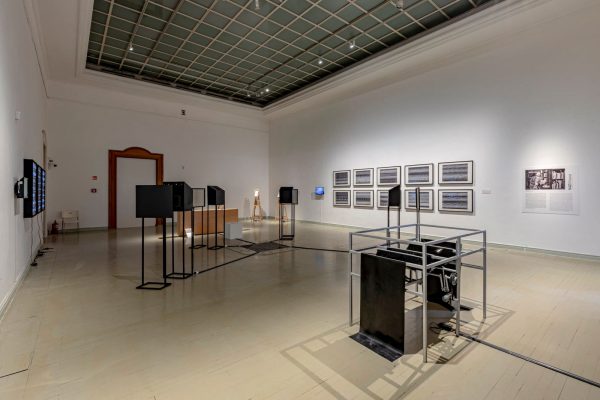 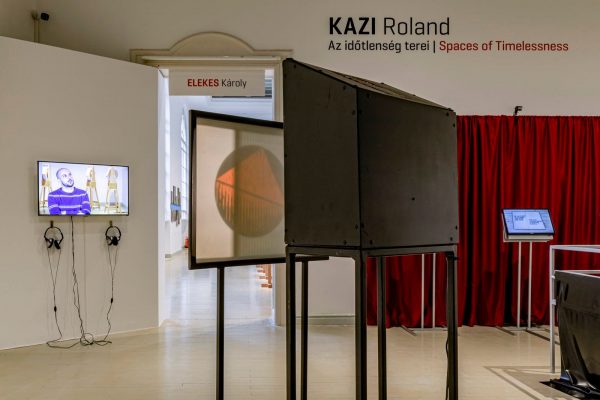 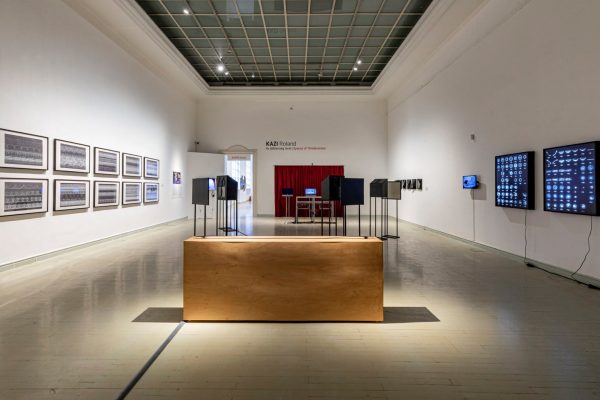 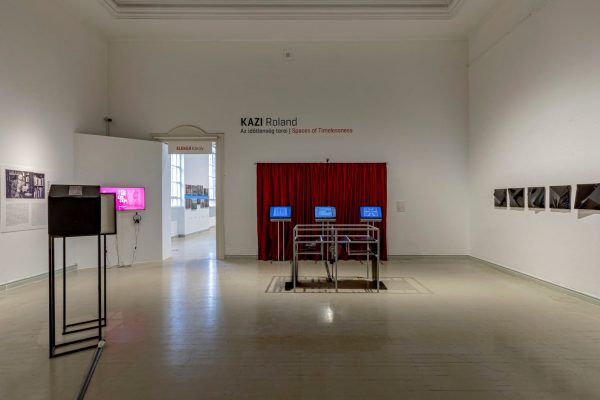 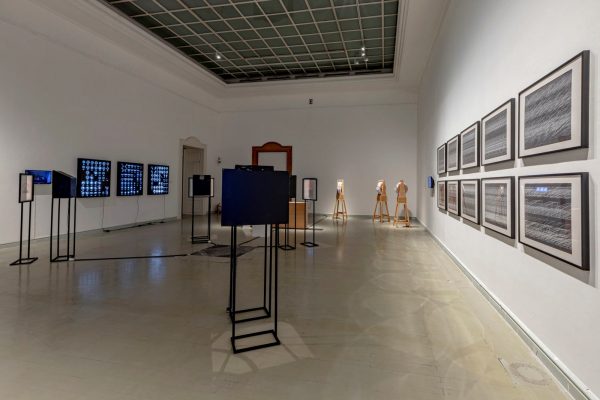 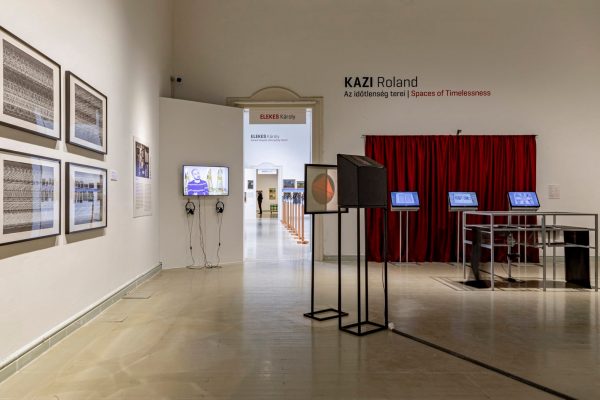 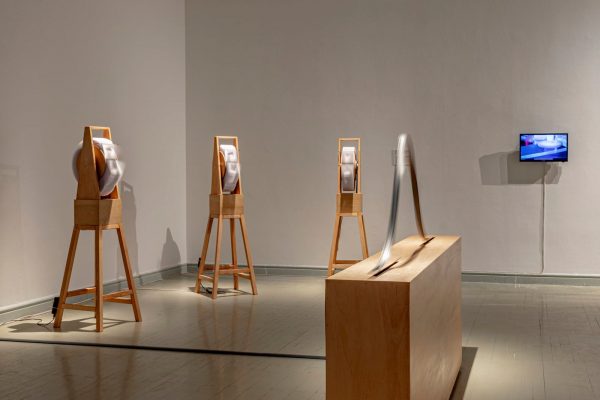