Solo Exhibition of Peter Korniss in the Galerie Keller, Paris 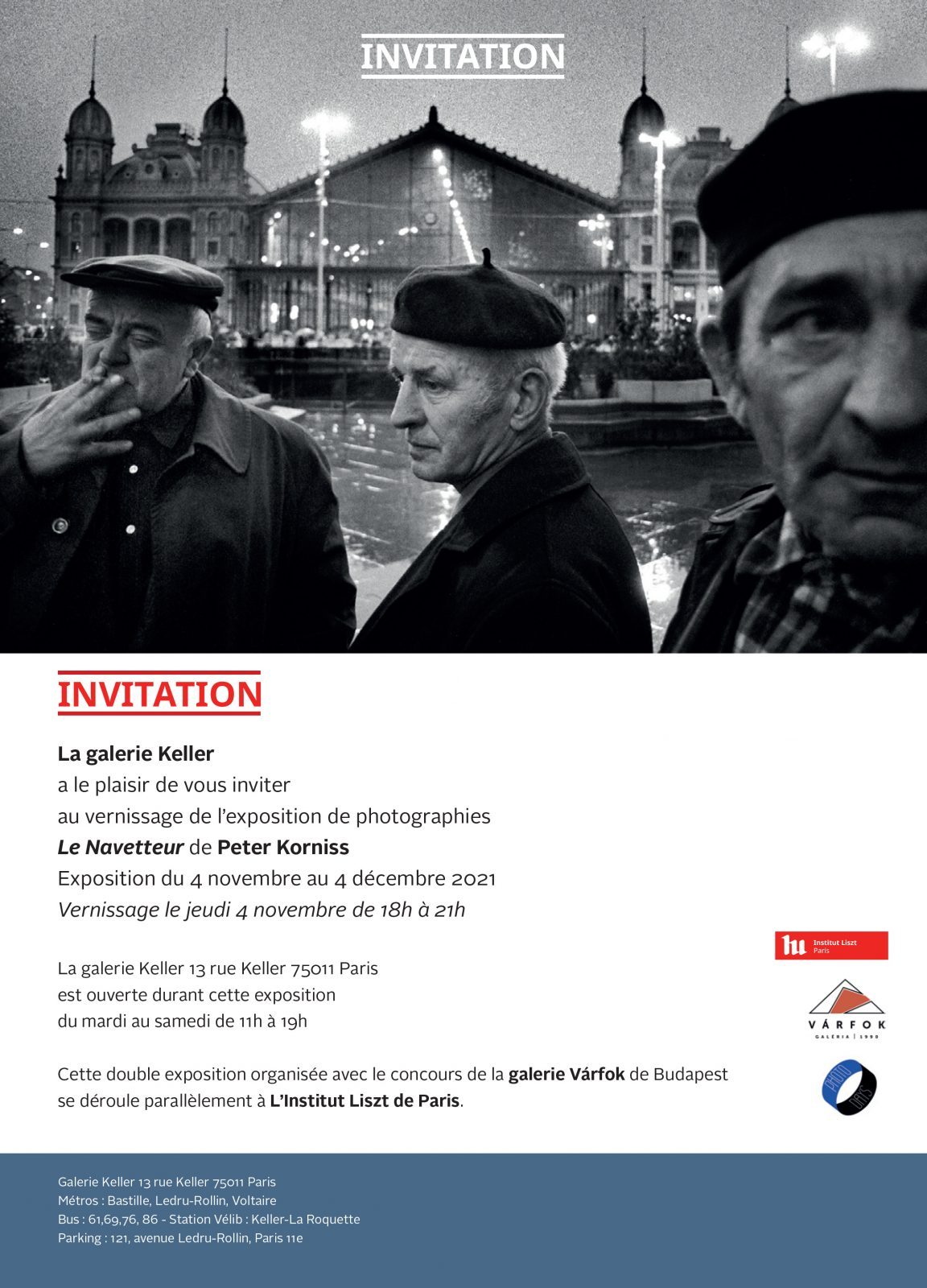 Péter Korniss (Cluj-Napoca, 1937)’ lifework is one of the richest photographic œuvres of Hungary. He earned his reputation as a documentary photographer capturing traditional peasant life in Eastern Europe. This has been a central motif of his life’s work from his first photographs in the dance house of Sic in 1967 to the most recent, somewhat conceptual series, of The Nativity Players or The Women of Sic.

Throughout the same period, Korniss has created photographic series all over the world in such countries as North and South America, South Yemen and Siberia.
In 1978, he started focusing on the life of commuter-workers and followed András Skarbit’s life for more than a decade. The series, The Guest Worker (1988) can be considered one of the milestones of Hungarian photography.

Péter Korniss’ lifework presents the irreversible changes and signs of globalisation which have impacted on both family life and community culture in countryside villages in addition to underlining the consistent endeavour and conscientious work that have been integral to Korniss’ career for fifty years.

Now the Várfok Gallery is delighted to announce the upcoming solo exhibitions of Péter Korniss in Paris. The Liszt Institute Hungarian Cultural Center will host the exhibition entitled ‘Constante Évolution’ which is dedicated to the central motif of Korniss’s life work, the disappearance of traditional peasant culture in Eastern Europe, while the other one entitled ‘Le Navetteur’ in the Galerie Keller will present the legendary series, ‘The Guest Worker’ (1979-1988), focusing on the life of commuter-workers.