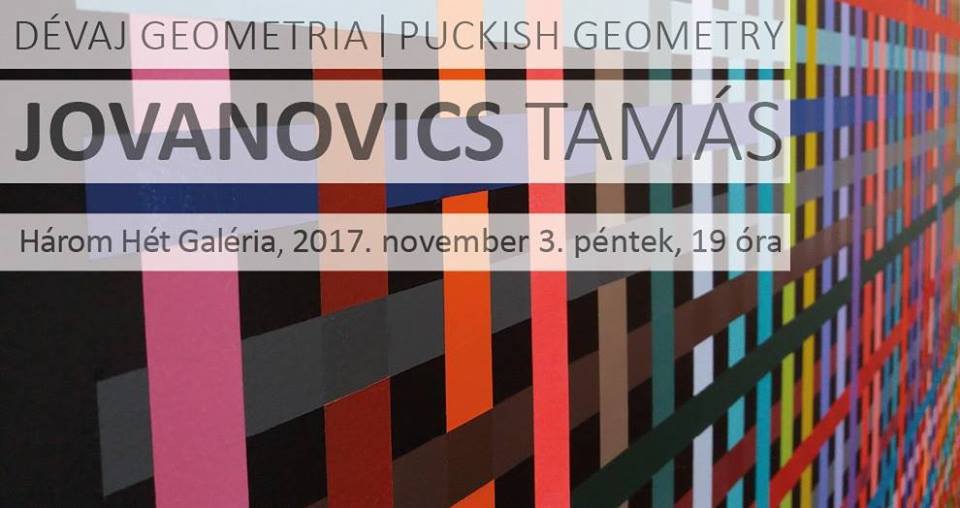 The geometry of Tamas Jovanovics’s paintings has always been rather minimal, composed of straight, uninterrupted, horizontal, vertical and diagonal lines. However, his art can not properly be defined as Minimal Art, as the use of colours has always been too subjective and abundant. This paradox; the formal minimalism on the one hand, and the expressionism of the colours on the other, is taken to another level in Jovanovics’s most recent paintings. The shapes, the compositions remain more or less rigorous, minimal, but the dynamism of the colours dissolve the structural order of the compositions and invite the viewer to make a subjective choice between chaos and mathematical order, as it is hard to tell which of the two is more dominant. Whichever principle the viewer detects first, there is a good chance that with time, as he/she keeps observing, the other principle will softly overlap and take over.

At the end of last year, the Open Structures Art Society (OSAS) invited Tamás Jovanovics to become its member. The Három Hét Gallery, as a private gallery that collaborates on a regular basis with OSAS, is glad to show Tamas Jovanovics’s most recent works in its gallery space in Budapest.

Co-organizer: Open Structure Art Society and with the kind approval of Várfok Gallery.