László Mulasics: The Beginning of a Solution

László Mulasics (1954-2001) was a prominent figure of the Hungarian art scene of the 1980s and 1990s. Since his sudden death, the Várfok Gallery has regularly organized exhibitions dedicated to certain periods of his career rather than that of the whole. The exhibition which will open at 7 p.m. on 2nd February,2017, entitled ‘The Beginning of a Solution’ is unique in the way that it is focusing predominantly on works never exhibited before or only presented abroad previously.

The career of László Mulasics began at the the height of the 1980s whilst he was still a student at the College of Fine Arts and when he joined the circle of the Új szenzibilitás (New Sensibility) which was created by the art historian, Lóránd Hegyi. This aimed to gather together those Hungarian artists who identified with the international new painterly movements –Transavangarde, Heftige Malerei, New Painting – of the time. As a result, the first works of Mulasics were figurative compositions characterised by strong gestures, embedded into a dense coat of paint. In 1986, following a sudden change of direction when he moved from the figurative towards the geometric, this was to result, one year later in 1987, to experimentation with various materials which was to lead him to the ancient wax technique, the encaustic.

Encaustic is a technique of painting with hot, melted wax mixed with paint pigments and turpentine. Due to the fast drying of wax, it requires a high degree of precision and concentration in its creation.
This ancient technique, most of which is known from the mummy portraits of Hellenistic Egypt, went into oblivion for centuries after its Golden Age from the second century B.C. till the fourth century A.D. In the 19th and 20th centuries, artists such as Arnold Böcklin, James Ensor, Paul Klee and Jasper Johns, tried to revive the technique.
Mulasics raised the level of this encaustic technique to the highest standard, creating complex layers and structures which were often enriched with additional materials (oil, shining metal plates, enamel, photo prints). This interaction of materials enabled a kind of alchemy to take place in his pictures.

The high level of craftsmanship with which the materials are handled enhances the ancient, mythical voice of László Mulasics that characterised his first era. The characteristic motifs of the 1980s; the pseudo maps, the ground-plans and the ancient buildings, are replaced in the 1990s with art historical themes. In the rich motif-laden works of László Mulasics, physical phenomena, natural treasures and emblems of cultural history gain space, fusing into one through the ideologies of cosmology. Mulasics researched the working mechanisms and cultural roots of the universe, through the correlations of micro (floral) and macro (planetary) worlds. His artworks embrace universal ideas and themes, conserved in the mysteriously glorious surfaces of wax. This serves to make us, the viewers, feel as if his works are fresh as well as eternal.

On February 25th, 2017, from 4 p.m. there will be a one hour guided tour of the exhibition.
The language of presentation is Hungarian, but all visitors are welcome. 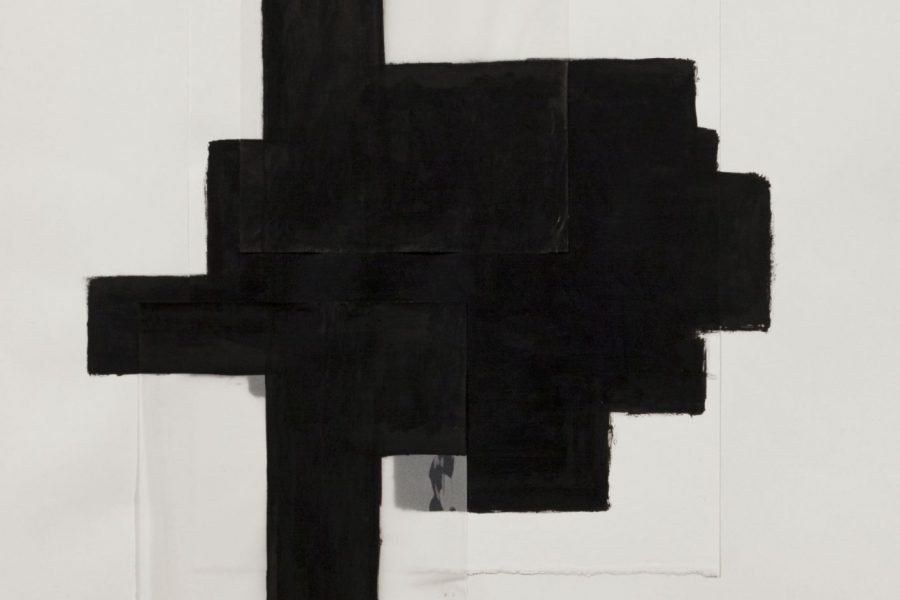 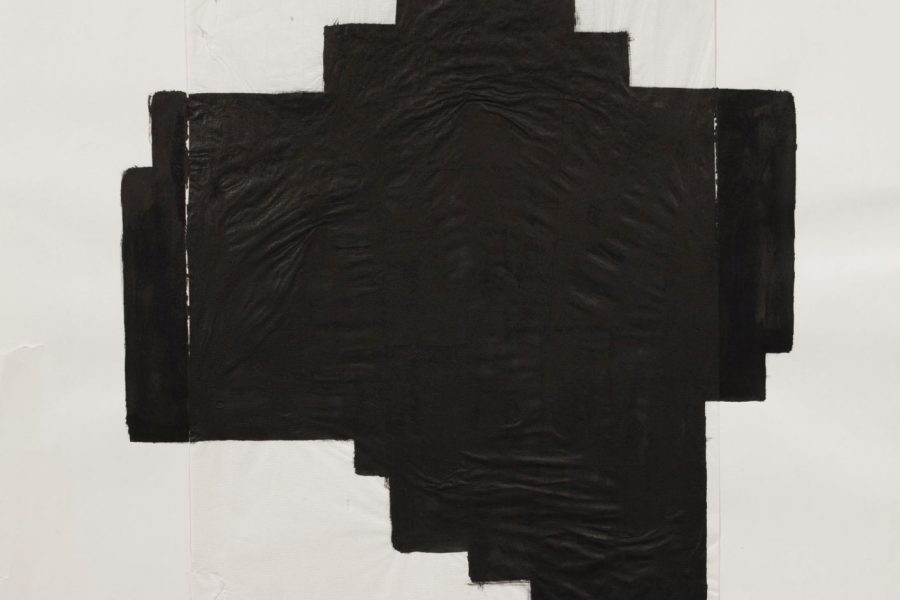 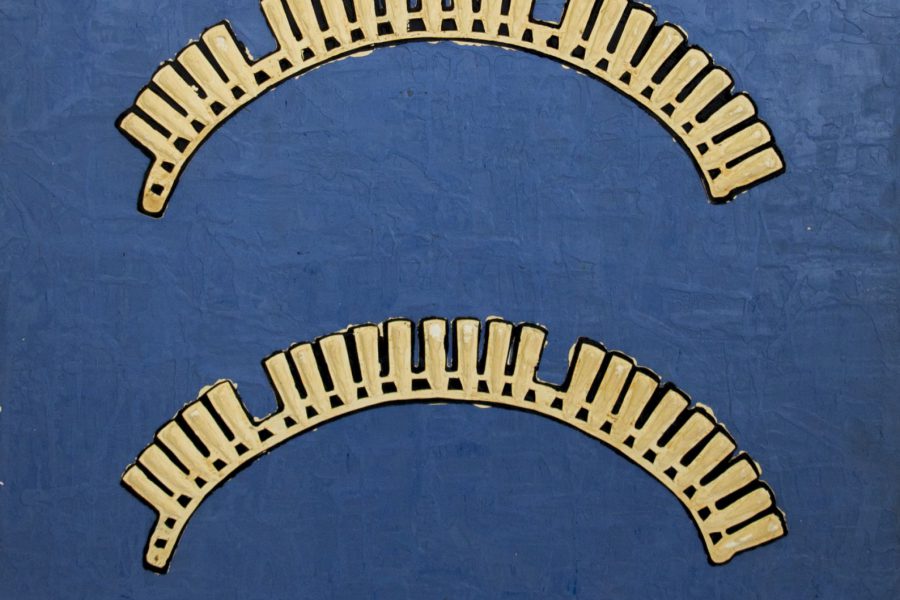 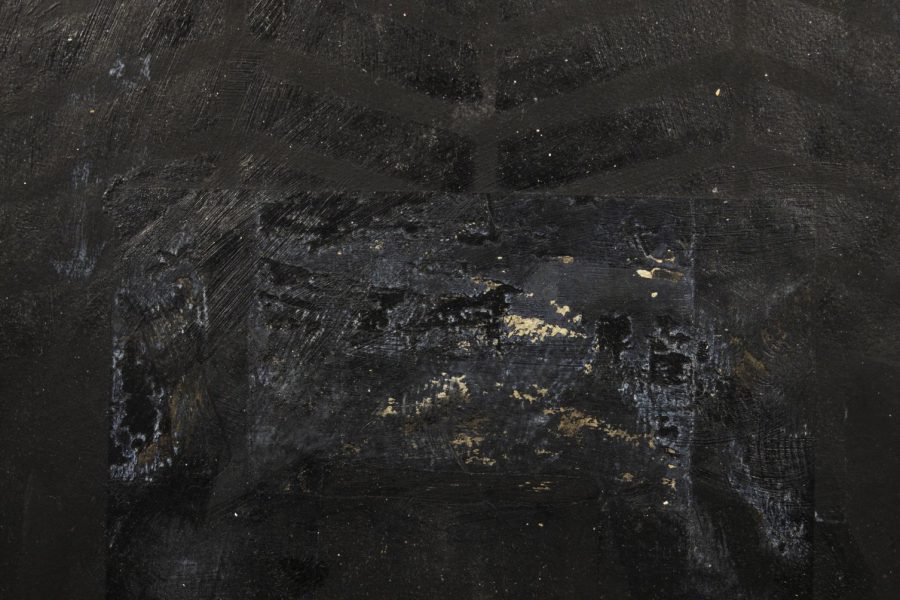 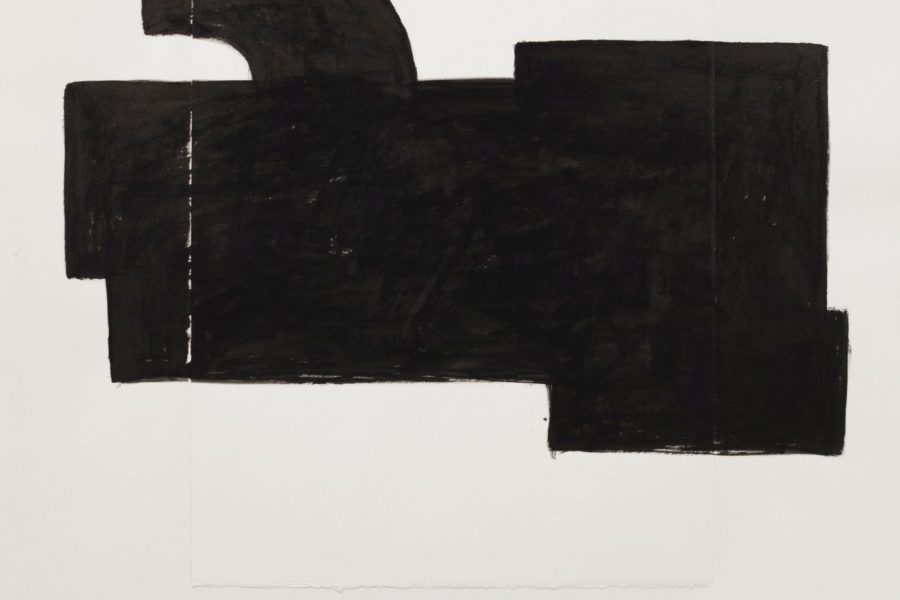 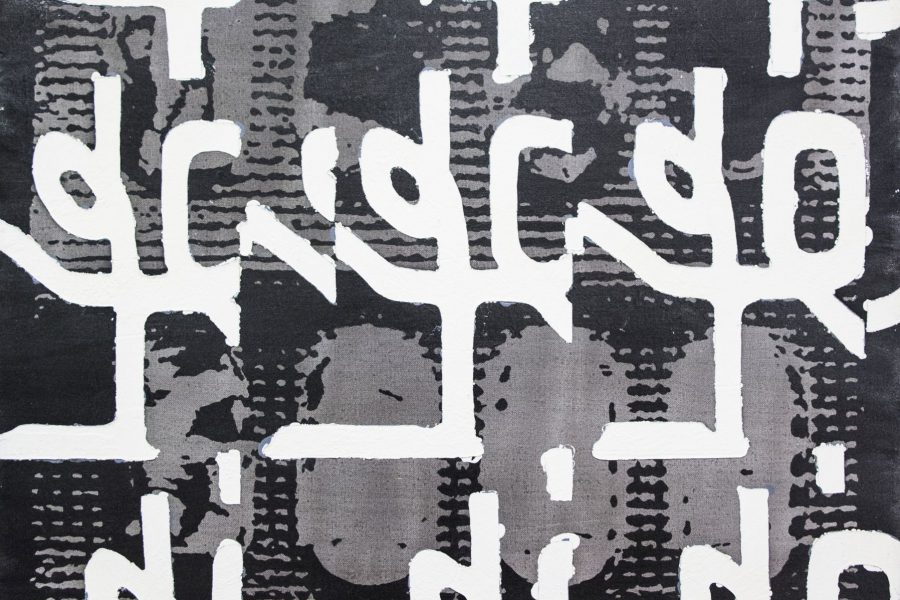 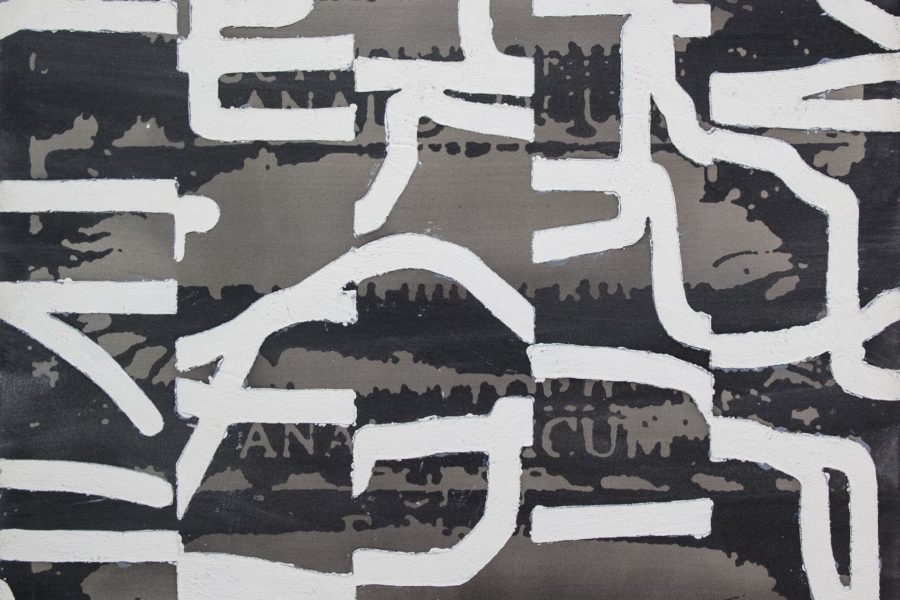 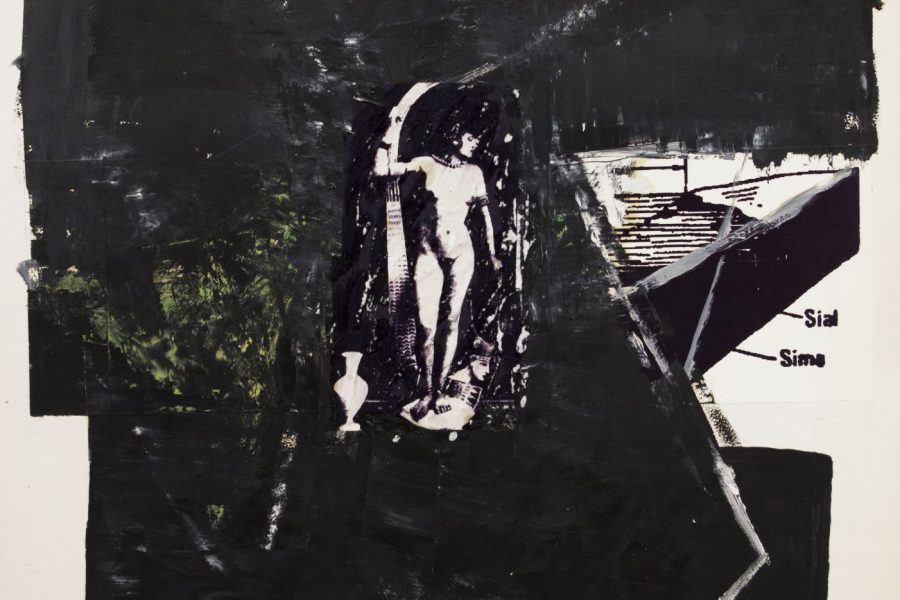 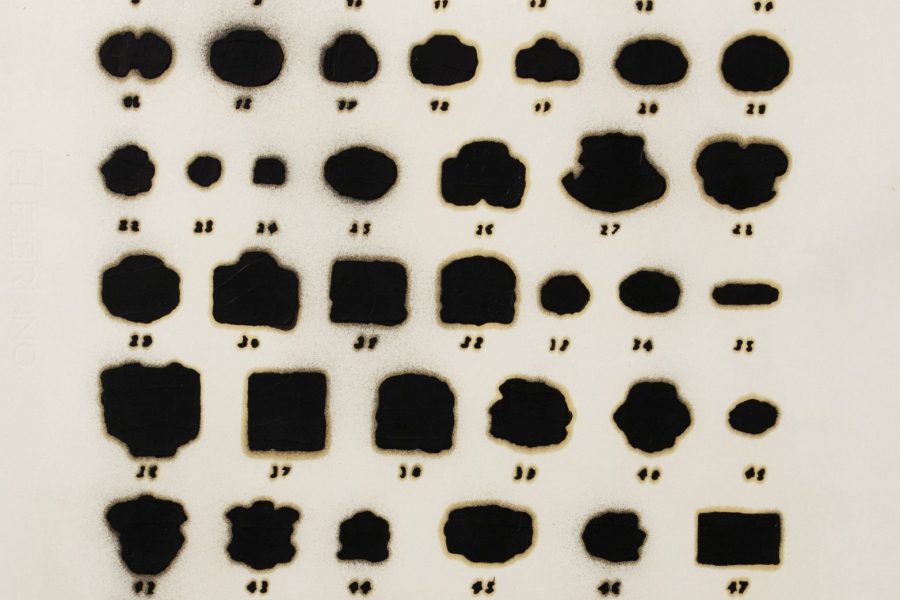 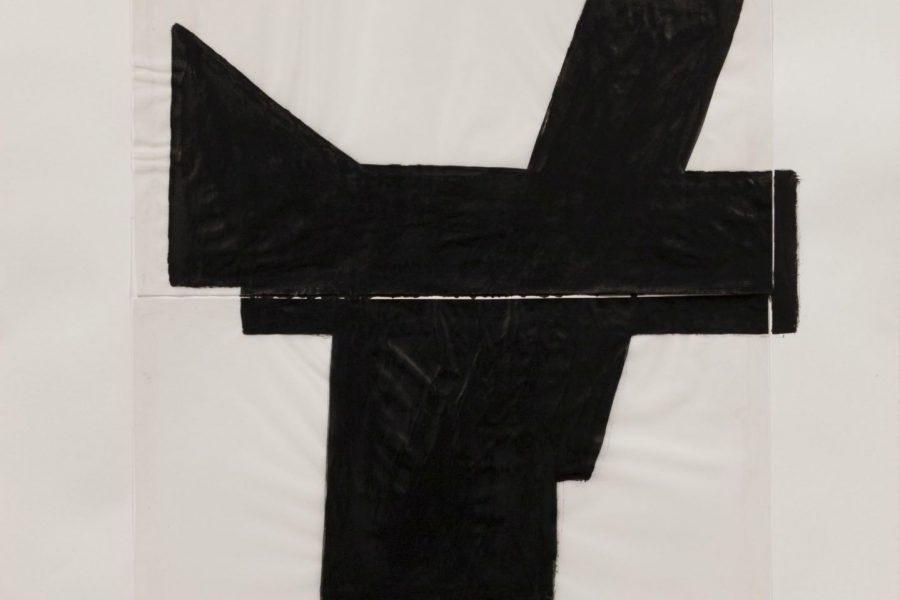 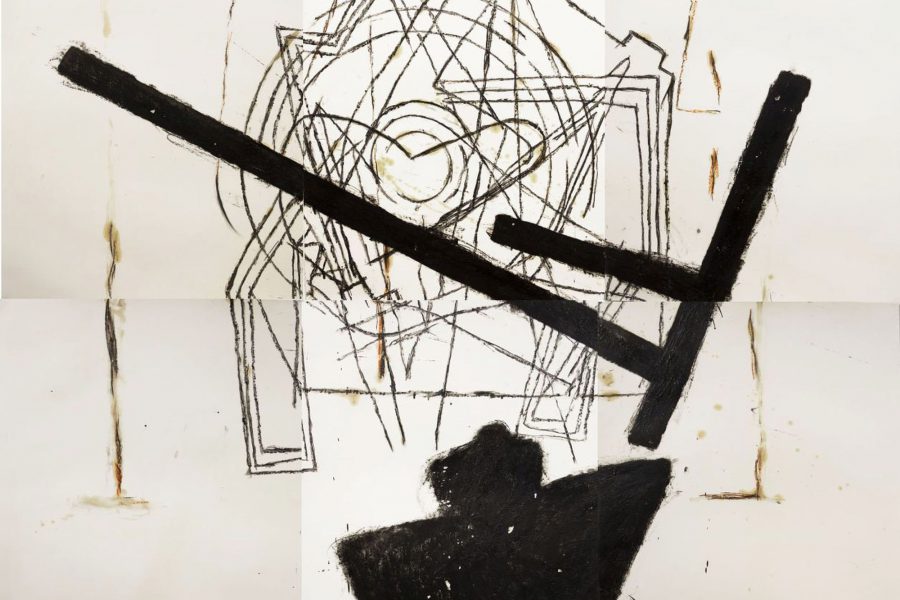 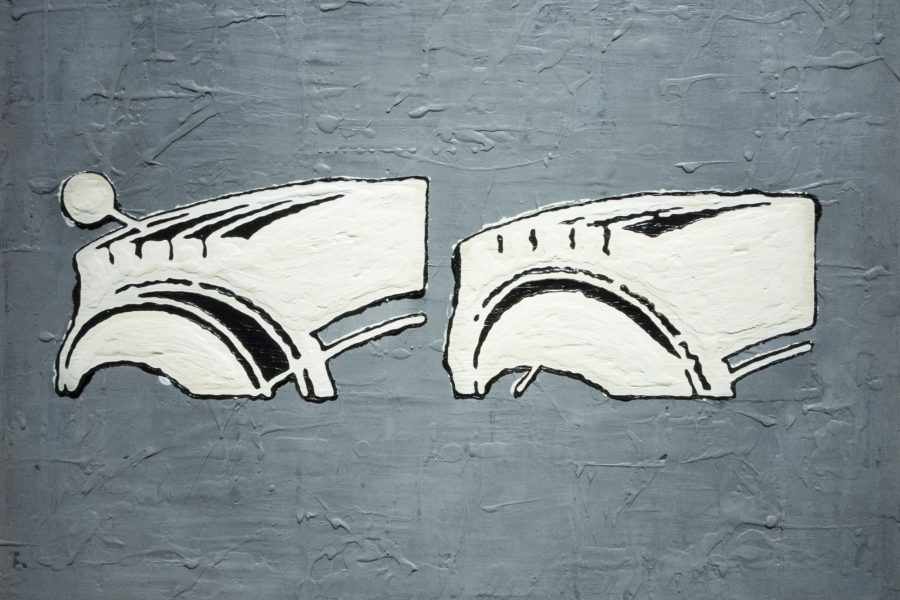 The Benefits of Technique I.
1998 - 40x50 cm
encaustic and oil on canvas
In the Várfok Gallery 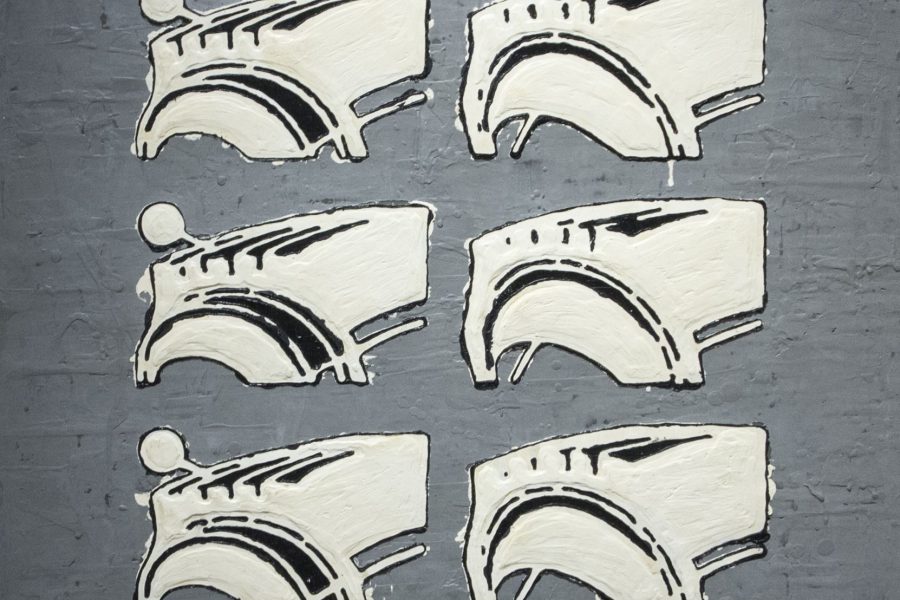 The Benefits of Technique II.
1998 - 78x65 cm
oil, wax and canvas on woodpanel
In the Várfok Gallery 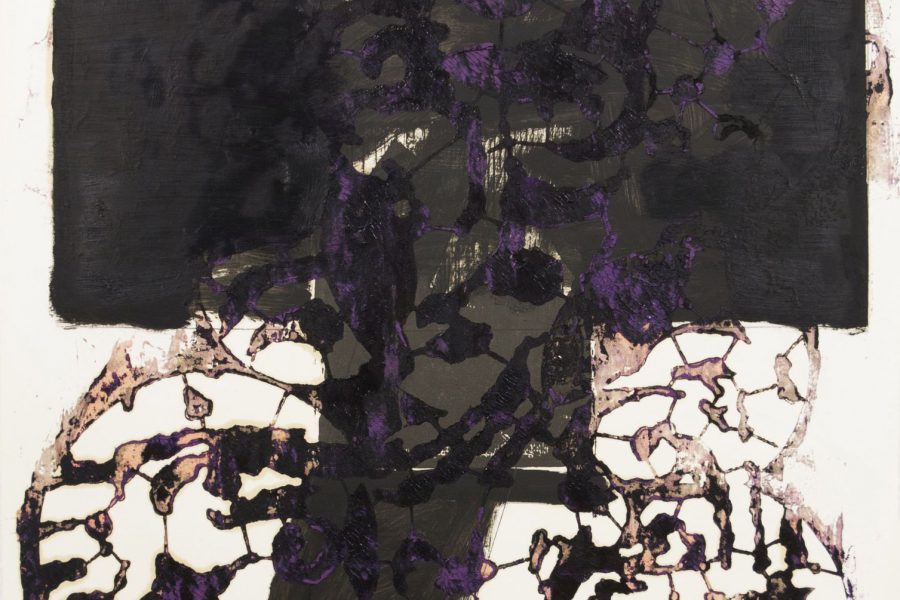 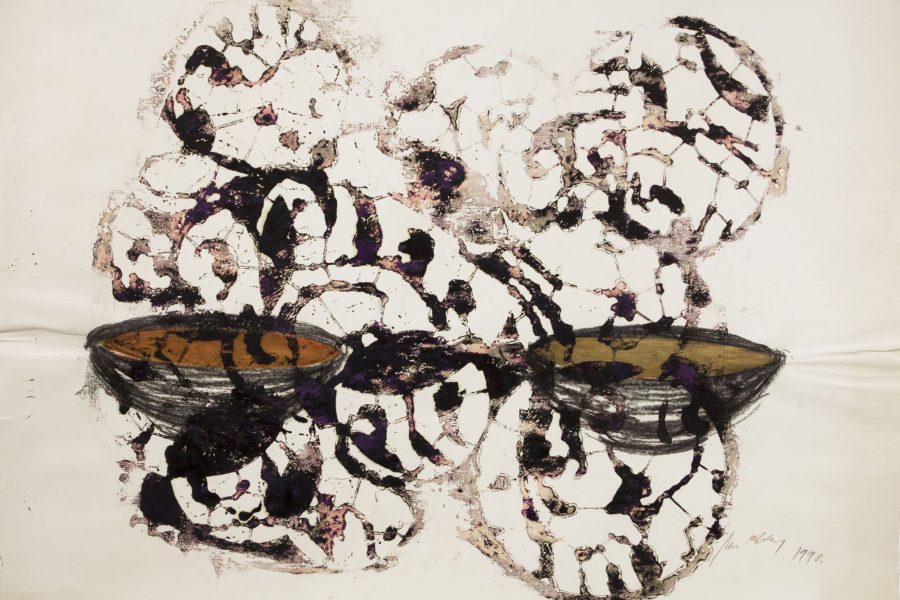 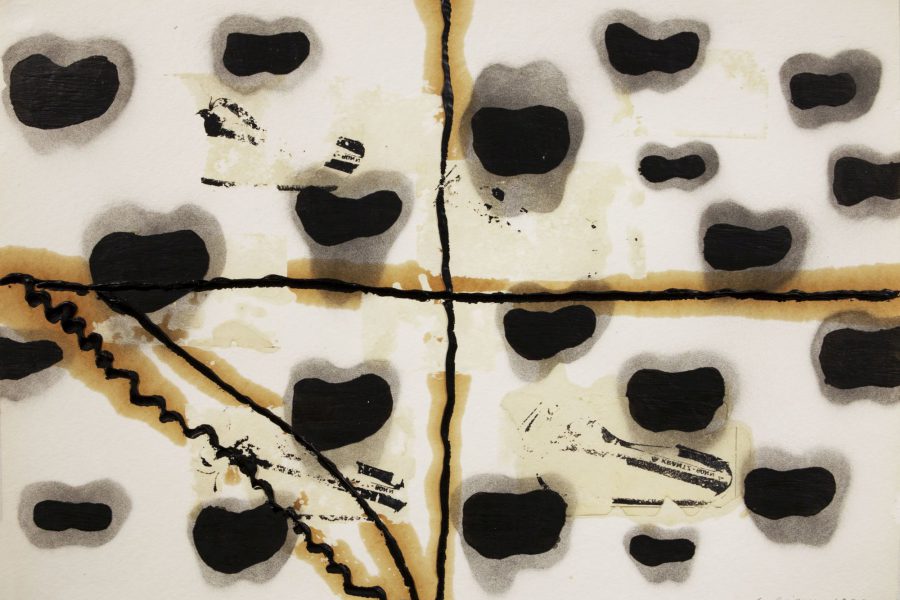 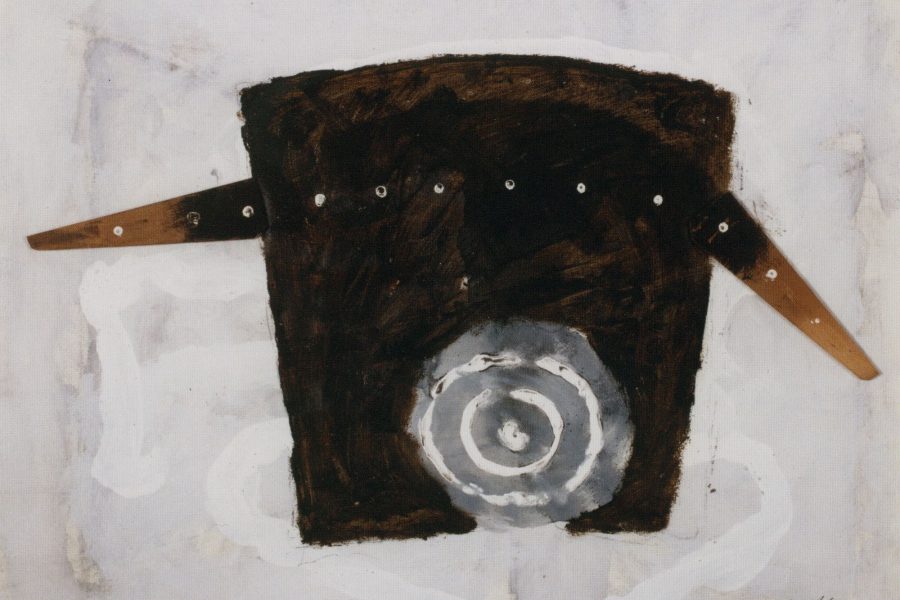 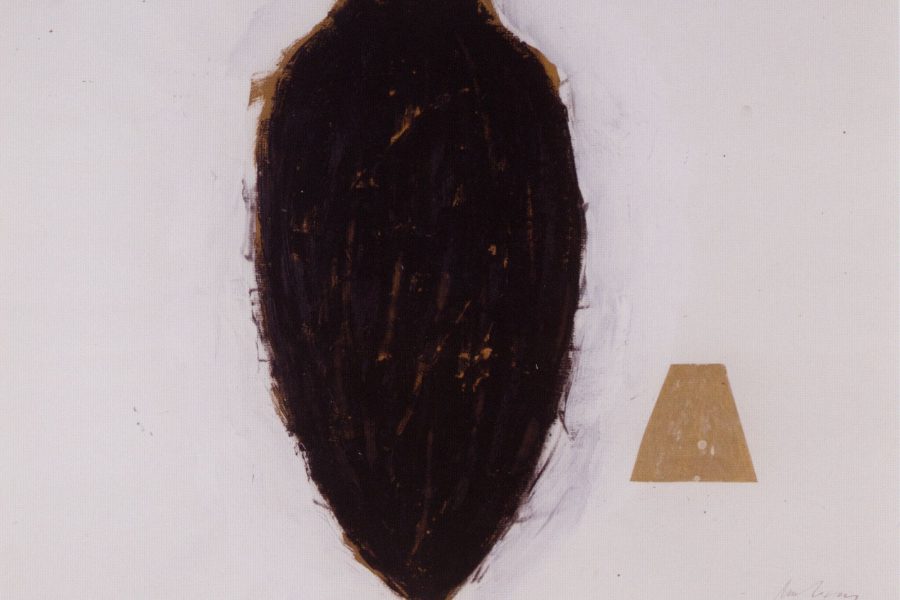