0
was successfully added to your cart.
Press enter to begin your search
Exhibitions Várfok Project Room 2019

The Várfok Project Room will close its 2019 season with an exhibition entitled ’Open Bodies’ by Anna Nemes, showcasing the artist’s most recent works.

Anna Nemes (1989, Budapest) completed her studies at The Hungarian University of Fine Arts in 2014 as a student of Imre Bukta and became the youngest artist to join the Várfok Gallery permanently in 2016. She has taken part in several highly successful solo and group exhibitions in Hungary and abroad.

In 2019 she exhibited in Stuttgart, Warsaw and Regensburg. Her paintings are in many significant private collections internationally and can also be found in MOCAK, the Museum of Contemporary Art in Krakow.

In addition to painting, Nemes is currently working on two films. ’Gentle Monster’, which she has co-developed with László Csuja, was recently awarded the Sam Spiegel International Film Lab prize, a prestigious award presented by the reputable international screenplay-oriented workshop.

Recently, the paintings of Anna Nemes – created with immense technical knowledge and precision – have been dominated by the colour black instead of her usual lighter colour palette. She constructs her compositions with delicately intertwined ink patches which allow for introspection through organic abstraction and figurative imagery.

The artist summarises the idea behind her most recent works: “The pigments and water, in obedience to erosion – similarly to larger scale natural phenomena – create organic patterns which are reminiscent of the unseen systems found within the human body. Although the figures are portrayed as their material selves, the subject of the image is actually the everlasting myriad of thermodynamical occurrences. In this sense, the subjects lack personality, and are purely vessels for the regularity that follows human form. They are given organs, tissue and viscera; the fragments that communicate with the surfaces created unintentionally by the force of nature. The dialogue takes place between the abstract and absolute, and between the anatomically recognisable details within the subjects’ bodies. The border between beautiful and unsightly is a moorland: a landscape reaching far with an unseen horizon, in which the images are created and exist onwards.”. 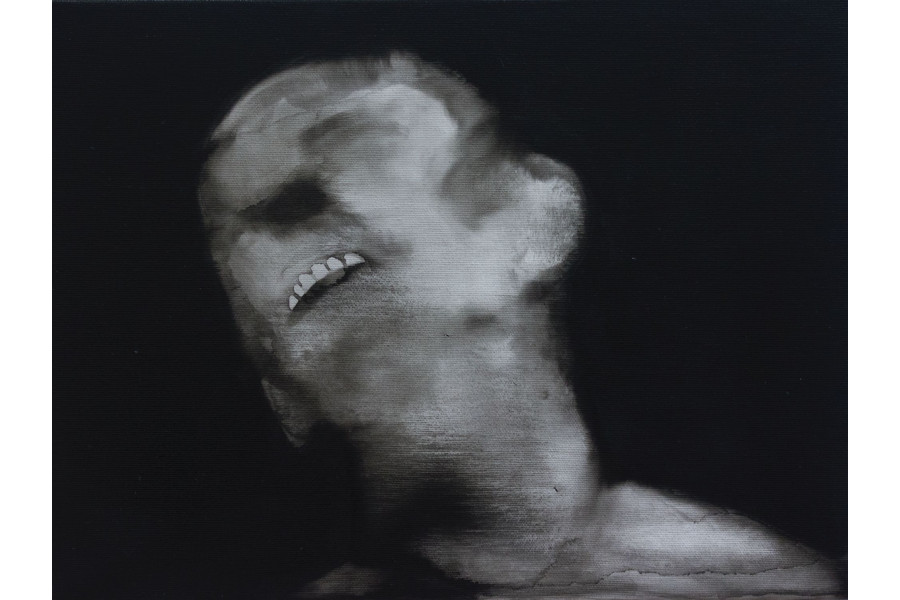 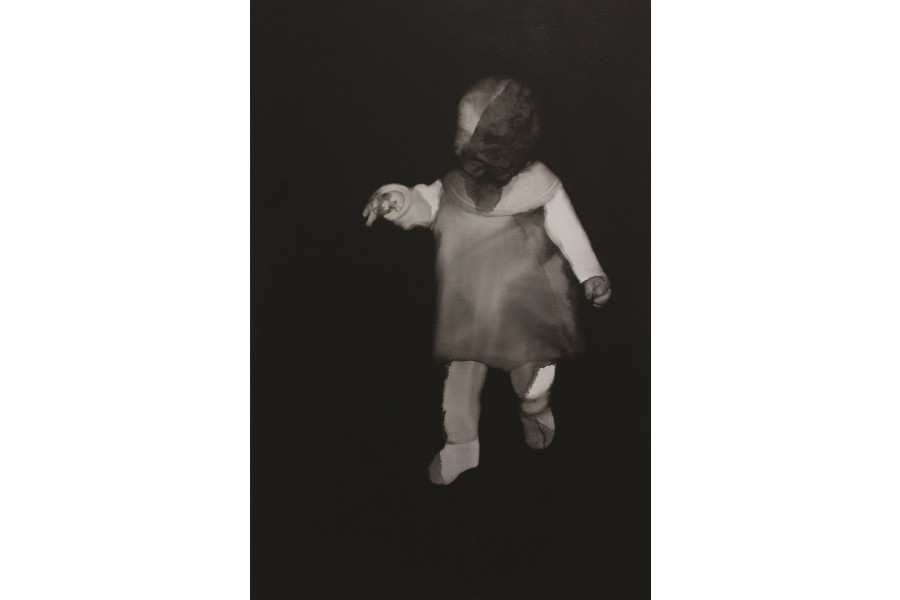 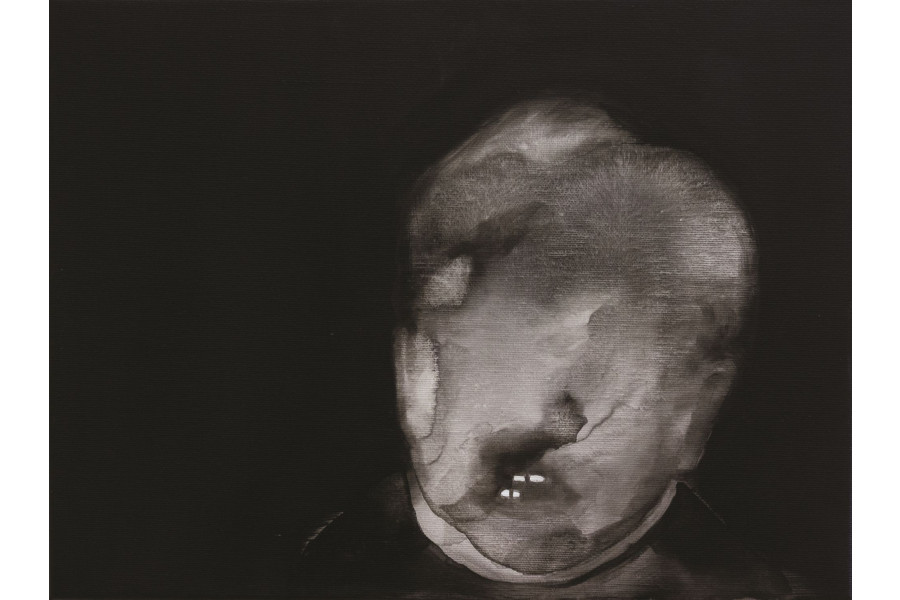 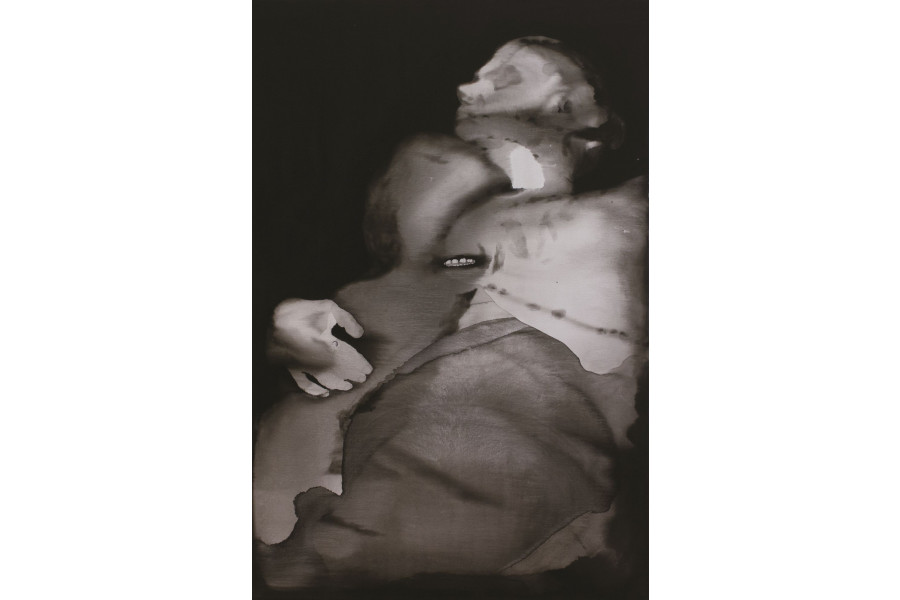 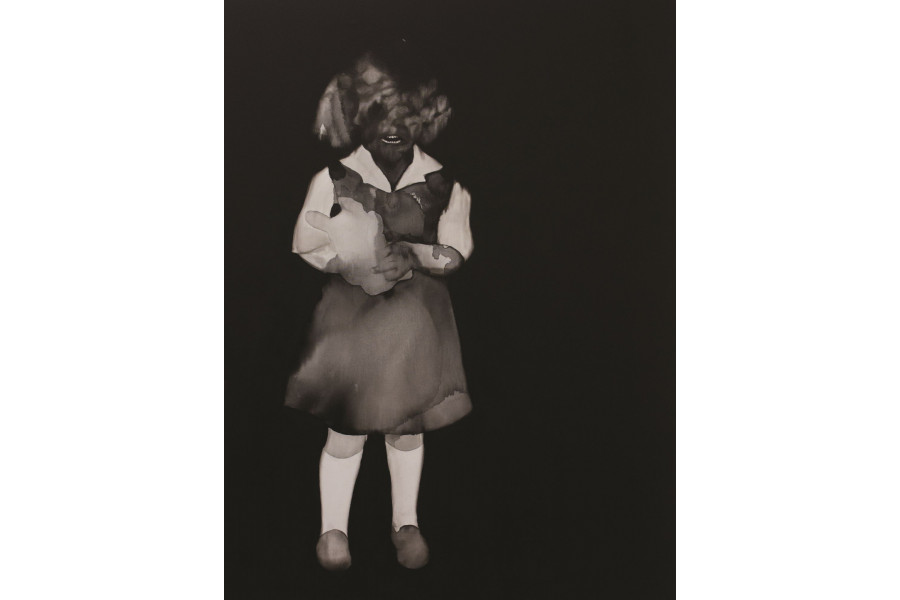 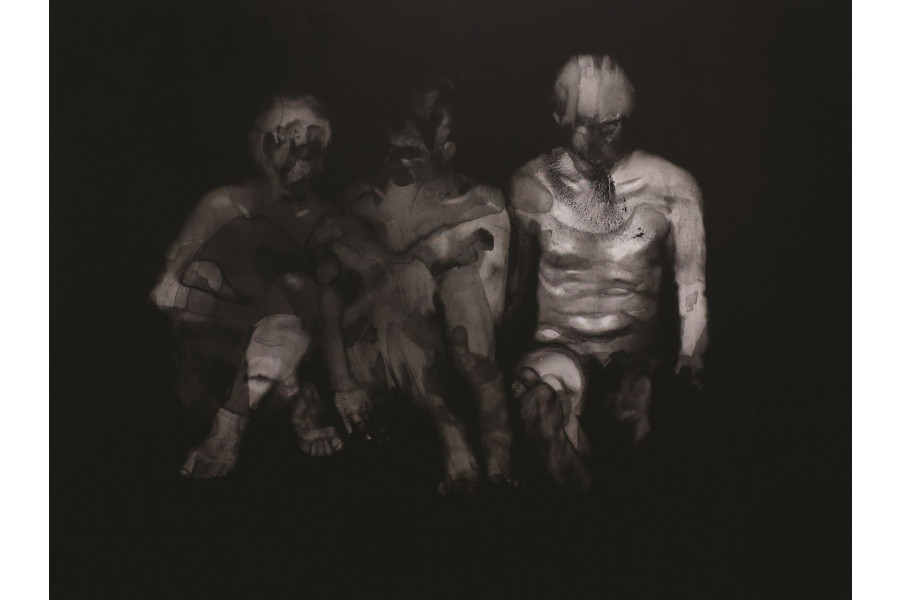 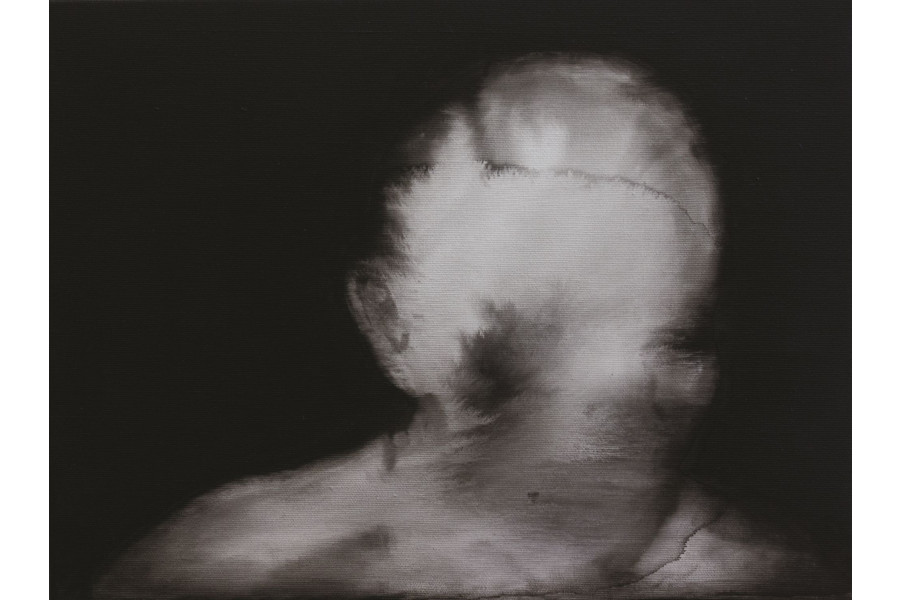