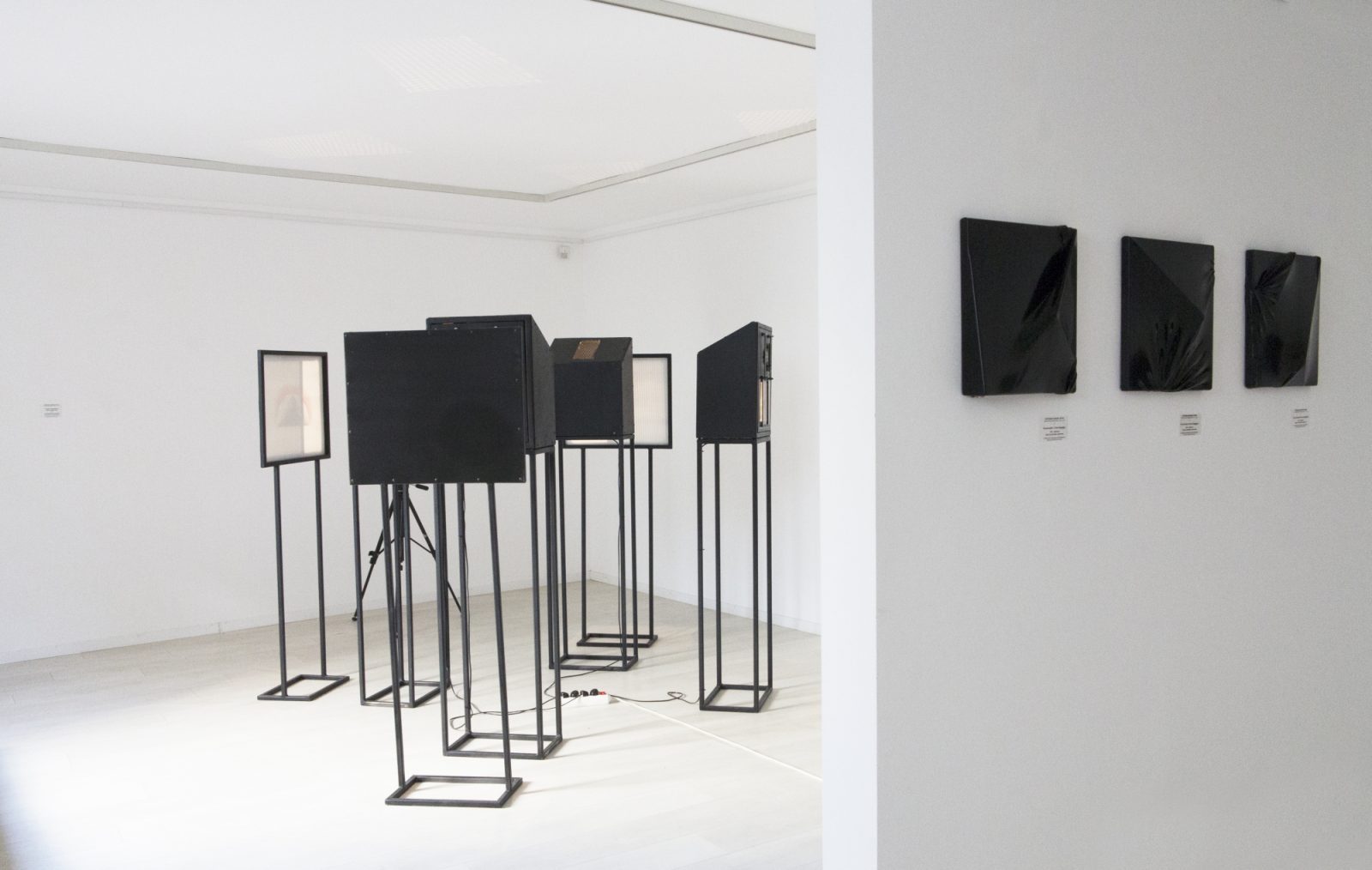 2018 begins with Roland Kazi’s solo exhibition ’Axioms’ at the Várfok Project Room. Kazi, one of the youngest members of the Várfok Gallery’s permanent Artists’ Circle, is exhibiting a kinetic sculpture installation that he created in the summer of 2017 as a returning guest of the Steel Sculpture Symposium in Kecskemét (H).

Roland Kazi (1987, Kiskunhalas /H) graduated from the Moholy‐Nagy University of Art and Design in 2014 with a degree in media design. He continued his education in the Doctoral School of the University, reading Multimedia Arts since 2015. The theoretical background of the exhibition is based on the artist’s doctoral research, in which he is examining the history of media by reinterpreting the early visual media into a contemporary context. As he wrote in his research:

„The Renaissance’s great invention, linear perspective, which frames the scenery and brings it into a concurrent scene, assumes an ideal point, which is out of the scene, the representation of which creates the pretence that the spectacle is objective. Our perception of the world, on the other hand, occurs dynamically, within the framework of complex cognitive processes and operations. Thus, a stable point of view is not enough to detect the outside word. There are no fixed places, the world is permanently moving and changing. The world of spirits and facts meet in between. So, the ‘observer’ and the ‘observed’ are related.
With the development of different media, the observer wants to recreate phenomena traced back to his/her own physiology, referring to the fact that knowledge is influenced by our “sensor-systems”. It raises the question that if it’s possible to know what reality is, and if so, upon what basis can it be decided? The process of perception and thinking cannot be separated, that’s why the uncertainty arises that if our consciousness affects our perception, then how can we objectively know the outside world?”

The sculptures of ‘Axioms’, Kazi’s former works on the themes of beliefs or personal identity, focus on the problem of the interpretation of reality, approaching the question from a scientific point of view through the visualisation of illusionistic forms of perceptions and optical illusions.

The exhibition is complemented by a six piece object-series. The main theme of the folded and twisted objects made of latex is the dilemma of perception: the fluid, lustrous, deep black latex works, besides raising comprehensive and interpretative questions, conjure up painterly problems too. In addition to this, a two channel video installation reflecting on the technique of the “moving panorama” from the 19th Century awaits the Várfok Project Room’s visitors, offering a complex and moving exhibition experience. 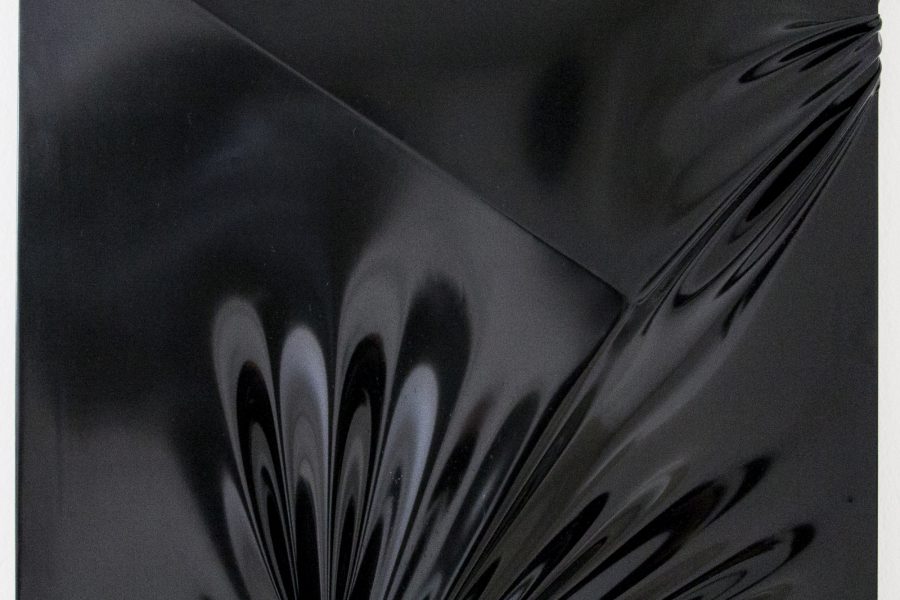 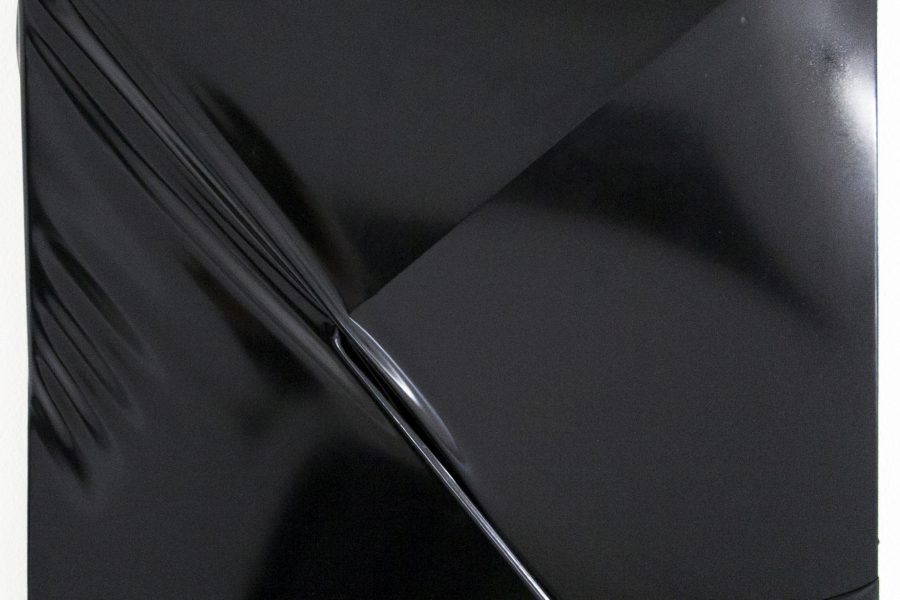 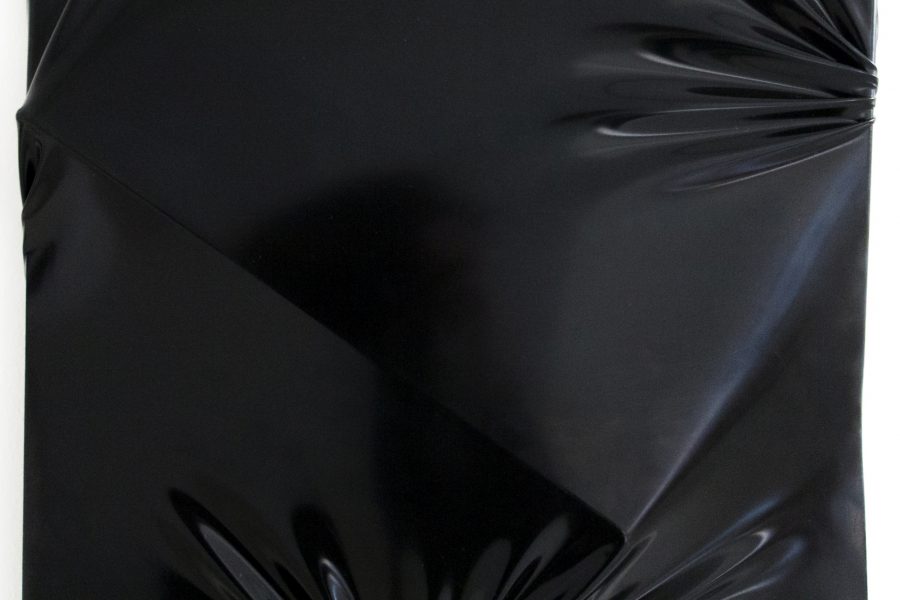